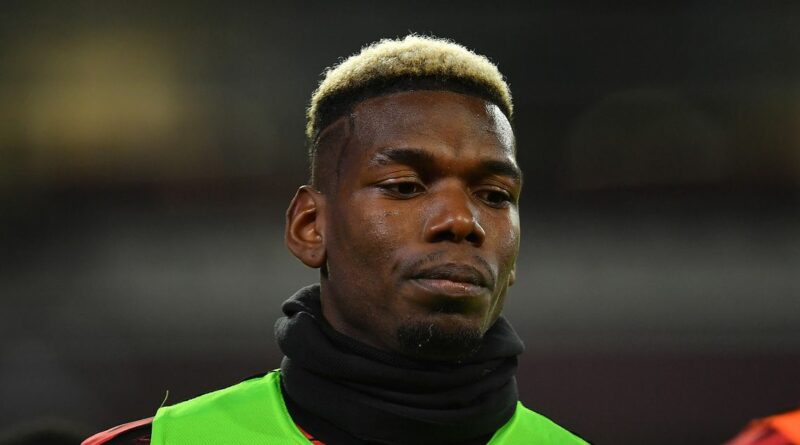 Paul Pogba and Amad Diallo may be the two names which dominate Manchester United's transfer headlines throughout the January window.

Pogba has made no secret of his desire to leave Old Trafford yet he continues to feature prominently for Ole Gunnar Solskjaer's side.

The French midfielder has long been linked with a return to Juventus but the latest reports from Italy will come as a blow to his chances of sealing a move to the Serie A champions.

Meanwhile, Solskjaer was set to welcome Amad Diallo to United in January and said he was "very excited" about the £37million winger's imminent arrival.

But Atalanta are keen to hold onto Diallo for the remainder of the season, raising questions of when the Ivorian will finally link up with his new teammates.

Manchester United have rejected Juventus' swap deal for Paul Pogba which would have seen two familiar names move in the other direction, according to CalcioMercarto .

A return to the Serie A giants has long been mooted for French World Cup-winner Pogba, who won six major honours with the club between 2012 and 2016.

But Juventus will need to go back to the drawing board as their bid to bring the 27-year-old back to Turin.

Would Aaron Ramsey and Douglas Costa have been good additions to Manchester United's squad? Have your say here.

Atalanta are hopeful of delaying Amad Diallo's departure despite the teenager being poised to join Manchester United this month.

The teenage sensation was signed for £37m back in the summer and was allowed to remain with the Serie A outfit for the first half of the season ahead of a January arrival.

Ole Gunnar Solskjaer has said he is "very excited" to welcome Diallo to Old Trafford, but Atalanta will try and persuade the Red Devils to let them keep the winger for the remainder of the season.

“There is an internal solution that could be very interesting, which is Amad Diallo. Clearly, Manchester United own him, but he could remain with us for a few more months,” said Atalanta boss Gian Piero Gasperini.

“I really like him, he’s only 18, and I’d like him to stay until June, but obviously it depends on his club.”

Timothy Fosu-Mensah is reportedly a man in demand after he turned down a new contract at Manchester United.

The versatile 23-year-old felt undervalued by the terms the Red Devils offered him, according to the Manchester Evening News , though he remains keen to stay at Old Trafford.

The Dutchman – who has three caps for his country – has made 30 appearances for United since emerging from the academy in 2016.