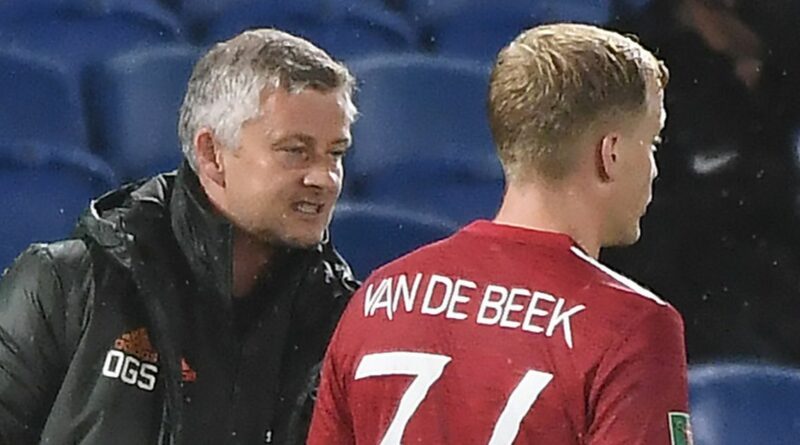 Manchester United will see Amad Diallo arrive in January having singed the teenager back in the summer.

Atalanta tried to retain his services for the whole season, but the Red Devils wanted the youngster to join up with the squad.

Ole Gunnar Solskjaer has overseen a good run of results which has covered up a poor summer of recruitment.

The United boss remains keen on new additions with several positions in need of strengthening.

A new study though has highlighted the strength of their current stars with Marcus Rashford and Bruno Fernandes among the most expensive players in the world.

Here are the latest transfer rumours from Old Trafford.

Donny van de Beek was told to pack his bags by the Dutch media as he continues to struggle for minutes at Old Trafford.

He has been used more often than not as a sub, but Solskjaer does not think he has failed thus far.

The United boss said: "Donny has played well when he's had the chance," said Solskjaer. "I think we are too quick sometimes to jump on, 'Oh he's not playing, it's a failure'.

"But with Victor and Fred as examples, it takes a little bit of time and now they are massively important players in our squad, in our team, which will be the same with Donny.

"He has come in and he is in a midfield group there with quality, challenging with Bruno [Fernandes], Juan [Mata] and Jesse [Lingard]. I have loads of No 10s, loads of central midfielders with Paul [Pogba], Nemanja [Vidic], Scott [McTominay] and Fred, and Donny has done well when he has come in.

"He is always ready, he always works hard in training, he's positive and he will make differences in many games for us this season. He will grow more and more for next year."

The teenager was signed in summer but allowed to remain at the Italian club until the New Year.

Atalanta were keen to keep told of him for longer, but their coach concedes United always held the cards.

He Corriere Dello Sport, Gasperini said: " There seemed to be transfer difficulties but as soon as they are unlocked the player clearly goes to Manchester United."

The global pandemic has been tough for football, but a recent study has revealed that Marcus Rashford is now the most expensive player in the world.

CIES Football Observatory has shown that Rashford is now worth £150m – more than the likes of Kylian Mbappe and Erling Haaland.

The English striker has become integral for United and his age profile means he looks set to improve.

Rashford has scored 14 times this season which includes goal against RB Leipzig and PSG.