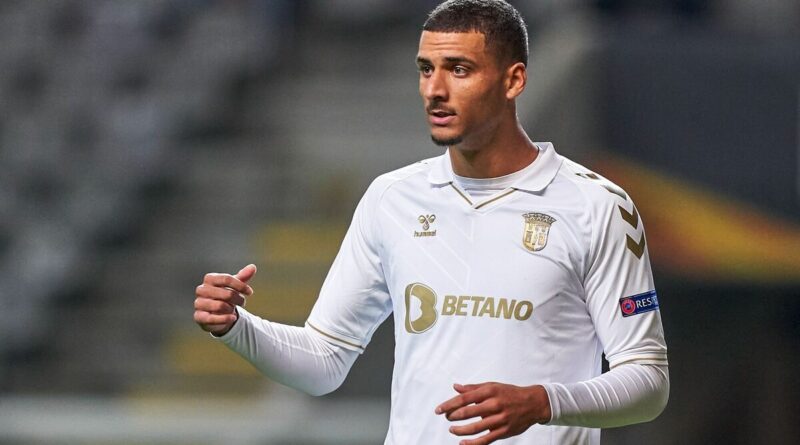 Braga defender and reported Manchester United target David Carmo had the Portuguese outfit ‘convinced’ that he was going to sign for Liverpool at the end of last season’s January transfer window, according to the club’s manager at the time, Carlos Carvalhal. United are said to have identified Carmo as a potential alternative to the likes of Jurrien Timber and Pau Torres and have been tipped to launch a summer move for his services if they fail to land either of the aforementioned duo in advance of next season.

The Red Devils have already spoken to Carmo’s representatives on more than one occasion in order to gauge his interest in a possible move to Old Trafford in the not-too-distant future, according to the Manchester Evening News. It has since been revealed that he came close to sealing a last-minute switch to Liverpool in January of last year when the Reds were frantically searching for a new centre-back to alleviate their large-scale injury crisis in the heart of their defence.

“David Carmo had one foot in Liverpool,” Carvalhal told Portuguese television channel RTP when quizzed on Carmo a year ago. “On the day the market closed before 4pm, I was looking for alternatives because I was convinced that David Carmo would go to Liverpool.”

Carmo recently spent a year on the treatment table after picking up a serious ankle injury towards the end of last season but has turned plenty of heads with his impressive performances since returning to action for Braga. The 22-year-old received his first senior call-up to the Portuguese national team last week and will be hoping to make his debut in the Nations League over the course of this month’s international break.

JUST IN: Harry Maguire urged to be ‘thick-skinned’ to save Man Utd career

However, it seems as though United will only firm up their interest in Carmo if they are unable to land Timber or Torres, who are believed to be higher up on Erik ten Hag’s defensive wish list ahead of next season. The Red Devils have already opened preliminary talks with regards to Timber’s services and have reportedly prioritised a move for the Dutchman in order to shore up their ranks at the back over the course of this summer.

It remains to be seen, though, whether Ten Hag will be able to convince Timber to follow him to Old Trafford in the near future amid the defender’s concerns over whether such a move would ultimately be in his best interests. The Ajax man is said to be aware that playing in the Champions League with Ajax would be preferable to a Europa League campaign with United in terms of boosting his hopes of making the Netherlands squad for this year’s World Cup in Qatar.

The Mirror have also reported that Timber is worried about being overlooked by Louis van Gaal if he fails to hold down a regular place in the United side during the first half of next season. He is now said to be mulling over whether to call off the proposed switch, although a compromise that would see him join United further down the line is yet to be dismissed.

Meanwhile, the 13-time Premier League champions have long been linked with a move for Torres, who has established himself as one of Villarreal’s most important assets over the last two seasons. United were keen on landing the Spaniard last summer but eventually opted to sign long-term target Raphael Varane from Real Madrid instead.