Manchester United want a player aged 30 or over with Erik ten Hag hoping to land Christian Eriksen, according to reports. The Red Devils endured a chastening campaign under Ole Gunnar Solskjaer and Ralf Rangnick last time out. And they clearly feel more experience is required in order to turn things around.

Manchester United had been expected to challenge for the title last term, especially after landing Jadon Sancho, Raphael Varane and then Cristiano Ronaldo.

But the Red Devils ended up finishing sixth, missing out on a place in the Champions League in the process.

Now, United are gearing up for the start of the Ten Hag era – with the Dutchman fending off competition from Mauricio Pochettino to land the role.

And GiveMeSport have claimed the Dutchman wants a player aged 30 or over to add more experience to the side.

Eriksen is then named as being the club’s top target, days after it emerged the Red Devils had offered him a contract.

The Denmark international is now a free agent after his short-term Brentford contract expired.

But United aren’t the only team interested in snapping him up.

Tottenham signed Eriksen back in the summer transfer window of 2013 after Gareth Bale was allowed to move to Real Madrid.

And they’re keen on reuniting with the playmaker and, crucially, have Champions League football to offer him.

Leicester, Everton and Brighton are also in the mix to land the 30-year-old, who scored once and registered four assists last time out.

United, currently, have just two outfield players over the age of 29 in Cristiano Ronaldo and Phil Jones.

Raphael Varane, Harry Maguire and Fred are all currently that age.

And United consider nous to be ‘vital’ as Ten Hag looks to make his mark in the Premier League.

It’s stated that, inside Old Trafford, they still feel they can get the best from the former Inter Milan and Ajax star.

And it’s claimed that his ‘mindset and professionalism’ could come in handy as they target success under their new boss at the first time of asking.

United have, however, missed out on Eriksen in the past.

They were eyeing the Denmark international in 2019, back when Solskjaer was looking for a playmaker.

But they ultimately failed to bring him to Old Trafford, with Eriksen proceeding to join Inter the following year.

Speaking shortly after his move to Italy, the Dane explained his decision to reject United by saying: “For a few years [United were interested] but it was never really likely.

“We did speak to them of course and we did hear what was possible and what wasn’t possible.

“But, in the end, me personally, I wanted a new challenge. To stay in the Premier League would have been an easy solution.

“Of course, staying at Tottenham would also have been a solution but, for me, it just came down to wanting to try a new challenge in a new country.

“Once Inter came up it really wasn’t a difficult choice.”

Eriksen isn’t the only midfielder being linked with United. 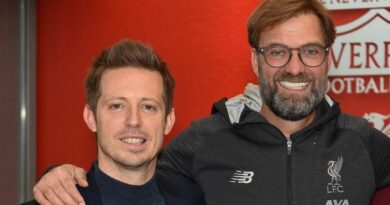 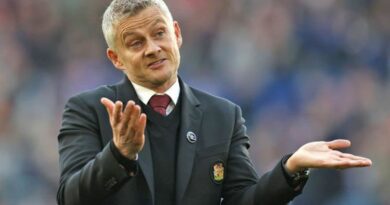