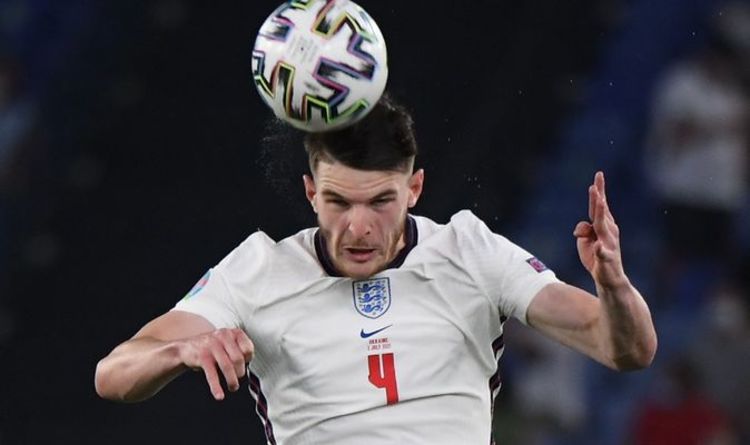 How England made the Euro 2020 final

Manchester United have been warned that signing Declan Rice would be ‘pointless’ if the Premier League giants didn’t offload their ‘weak link’. Ole Gunnar Solskjaer’s side have been linked with a move for the West Ham midfielder, currently starring for England at Euro 2020.

The midfielder has started every game for Gareth Southgate’s side at the tournament finals, and is expected to continue in Sunday’s final against Italy.

The 22-year-old has lined up with Leeds United’s Kalvin Phillips in a double midfield pivot – similar to the system used by United boss Solskjaer.

But he is also a big admirer of Red Devils midfielder Scott McTominay – and says it would be “pointless” for the club to sign Rice if it was as a replacement for the Scotland international.

Instead, McAvennie says United should sell Fred, who he described as the “weak link” in Solskjaer’s team.

“McTominay has been doing really well for them,” McAvennie told Football Insider.

“I’m a big fan of his – I’m not sure Rice would be a huge improvement.

“He’ll walk into the Manchester United team but would he get in ahead of McTominay?”

McAvennie believes United could play McTominay and Rice together, saying: “Maybe Fred is the one to go because it would be pointless to sign Rice and get rid of McTominay. He’s [Fred] the weak link there.”

United last week agreed a deal with Borussia Dortmund to sign £73million winger Jadon Sancho – after they were quoted a price of £108m last summer.

But McAvennie doesn’t think West Ham will lower their valuation of Rice, with David Moyes’ side likely to demand at least £80m should United or Chelsea come calling.

“I can’t see West Ham letting him go for cheap like they [Dortmund] did with Sancho,” said McAvennie.

“They got him for a lot less than Dortmund wanted last season.

“It was another year on and there is everything with Covid.

“West Ham won’t let Rice go for cheap but he would be a great addition for Man United.”

Last week it was reported by The Telegraph that Rice had turned down two contract offers from West Ham. 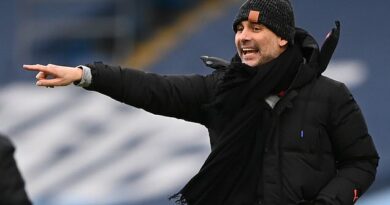 Man City boss Guardiola driven by an 'addiction to winning'