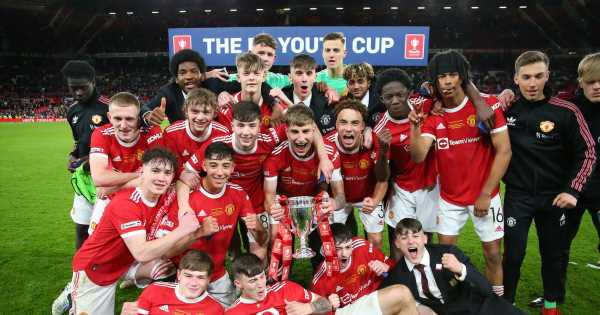 A Manchester United youth star rocked up to training in his full school uniform just hours before lifting the FA Youth Cup with his fellow Red Devils.

The life of an elite footballer may be distant from reality, and perhaps that will one day be the case for 16-year-old youth player Louis Jackson. But for now he remains an academy star, and was forced to turn up at United's Carrington training ground straight out of history class.

That's according to The Athletic, who reported that Jackson was a late addition to the United FA Youth Cup winning squad after Tyler Fredricson missed out through illness. And Jackson was called up at the last moment, while he was in the middle of history class.

Fredricson had been a major part of United's youth team this season, but a sickness bug ruled him out of their cup final against Nottingham Forest. The defender was just making his return from injury, when he became ill 24 hours before kick-off.

The defender had been given until lunchtime on the day of the cup final to recover, but after it was clear that he was too unwell to play, Jackson was next in line. The 16-year-old is still yet to sign scholar forms with United, but after his performance in the final it's likely that the process has accelerated.

Jackson's school was called by the United staff, and the youngster was quickly ushered out of history class so that he could make his way over to Carrington. And Jackson arrived still dressed in his full school uniform before sitting down for their pre-match meal at 4pm.

The defender had gone from revising history to stepping out in front of 67,000 at Old Trafford, and played every minute as they beat Forest 3-1. The squad even tuned in to a special message from Cristiano Ronaldo before kick-off, and his words of advice clearly helped them on the night.

It as a brilliant moment for the young Red Devils, but despite a whirlwind 12 hours for Jackson, his celebrations were cut short to attend to international duty. The following morning Jackson was being driven north to attend Scotland's training camp. 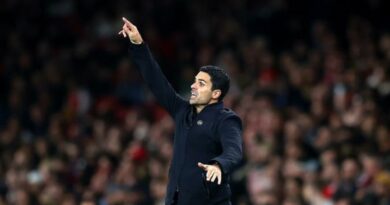