Manchester United have finalised the “last details” of Bruno Fernandes’ transfer from Sporting Lisbon, it has been claimed.

Starsport understands Fernandes, who appeared emotional at full time after Sporting’s defeat to Benfica on Friday, has already agreed personal terms on a move to Old Trafford.

The two clubs have been haggling over the fee for some time but Italian football journalist Nicolo Schira believes an agreement is imminent.

“Last details about bonuses guaranteed and Done deal in the next hours.”

Fernandes will follow Cristiano Ronaldo in swapping Sporting for United if the transfer goes through.

Ole Gunnar Solskjaer hoped to have the 25-year-old on board for Sunday’s Premier League clash at Liverpool but Sporting dug their heels in.

Fernandes captained Sporting and played the full 90 minutes in last night’s Lisbon derby defeat to Benfica, which is expected to be his final appearance for the club.

At full time, he stood in the centre circle with his head down.

Staff and players from both Sporting and Benfica went up to the top Portuguese talent to console him.

When asked if it was Fernandes’ final game for the club, Sporting boss Silas replied: ”I hope not. So far we don't know, nor does Bruno.

“We will try to keep him for more games, but it's not up to us.

"We have to understand the ambition of the player, who prefers to play in a league superior to ours.

“There has been talk about the English league, but who wouldn’t like to play there? Bruno deserves everything."

“He is one of the top ten players in the Premier League right now. He is absolutely different class and would walk into almost any other Premier League team.

“Grealish would walk into the United team. Tottenham tried to get him not long ago and he’d walk into their team right now as well.

“I can’t explain to people how good this kid is. Aston Villa lost 6-1 to Manchester City and he was the only one who still had time on the ball.

“His composure is something else. I don’t understand why clubs aren’t queuing up to try and sign him. Is it because he’s English but isn’t playing for England?

“Bruno Fernandes is a full international. He’s had clubs all over Europe looking at him. But he’s never played in this league before. Grealish has. And he’s ripping it up every week.” 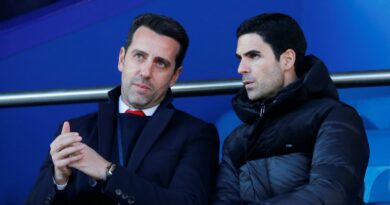