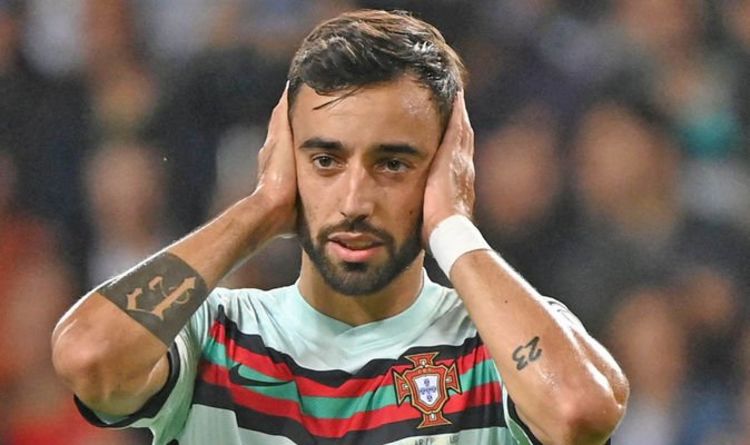 Manchester United contract talks with Bruno Fernandes aren’t at a standstill despite reports to the contrary, it’s been claimed. The 27-year-old has electrified the Premier League ever since moving from Sporting Lisbon in January 2020. And the Red Devils are eager to tie him down for the long haul as a result.

And he’s been key to their resurgence under Ole Gunnar Solskjaer ever since, establishing himself as one of the best players in world football.

In the week, it was suggested that talks with Fernandes over a contract extension had stalled.

But O Jogo insist this isn’t the case and negotiations are currently ongoing as all parties look to find a solution.

It’s stated by the publication, too, that Fernandes is in line for a wage increase.

And it’s claimed his new planned salary will put him closer to Paul Pogba in the standings, meaning he’ll earn close to £290,000.

That would make him, roughly, their fourth highest-earner.

And Cristiano Ronaldo is top of the wage table following his blockbuster return from Juventus, with the veteran pocketing £400,000 on a weekly basis.

United fans can now expect Fernandes to sign a new deal in the foreseeable future.

And that will be welcome news, especially with their best players previously being hoovered up by the likes of Real Madrid in the past.

Fernandes, meanwhile, has admitted he’s delighted about Ronaldo’s return to the club ahead of Saturday’s showdown with Newcastle.

“We know that enthusiasm will be high, everyone knows Cristiano and is very happy and confident to have him back,” he said.

“Us players are part of that confidence, we know what he can give us.

“Our focus and Cristiano’s, because of what I’ve already talked to him about, is to win what there is to win.

“Our goals remain and obviously, with Cristiano, we have one more reference to help us get closer to that.”

Solskjaer has revealed he’s come to a solution when it comes to Fernandes or Ronaldo taking the club’s penalties and free kicks.

“I’ve had a chat with the two of them,” said Solskjaer.

“We’ve got two players there that I’d trust with my life to put a penalty away and that’s a great position to be in.

“It’s going to be my decision what will happen. The two of them will keep on doing what they do when they’re asked to take the penalties.

“He’s [Ronaldo] been having a good pre-season with Juventus. He’s played for the national team, he’s had a good week with us here.

“He’ll definitely be on the pitch at some point, that’s for sure.

“He’s been good [in training]. Of course, we’ve followed his career from afar since he left here and everyone’s very happy to have him back.

“He can speak for himself, but it seems like he’s happy to be back as well. The mood has been very good, he’s worked well and we’re looking forward to Saturday of course.” 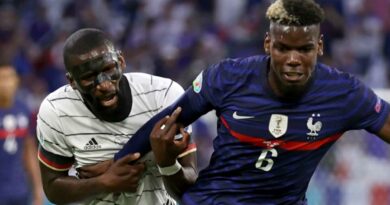 Tottenham turn attentions to swoop for Chelsea centre back Rudiger