It turned into a humiliation. Given the rarity of Manchester United teams being thumped like they were by Tottenham on Sunday, it was a historic one, too.

This 6-1 defeat was only the second time United have let in that many in a Premier League game at Old Trafford. They had not let in four in the first half of a league match since 1957 before this one.

Sky Sports’ Gary Neville described the performance as “pathetic” but perhaps the most alarming thing is it had been coming. United’s defence has been in disarray this season.

Crystal Palace’s 3-1 win at this venue in United’s first game of the season two weeks ago was a shock. Roy Hodgson’s side were second-lowest scorers last season; United had let in just seven in their final 14 Premier League games of 2019/20.

Palace tore through the United defence and could have scored more.

A week on, Leandro Trossard hit the woodwork five times before United escaped Brighton with a last-gasp 3-2 win.

Victor Lindelof – inconsistent throughout his time at the club – lost his Premier League place at the heart of United’s defence for the visit of Spurs, but the returning Eric Bailly fared little better alongside a badly-out-of-sorts Harry Maguire.

United were carved open before and after Anthony Martial’s red card.

“The scary bit was the four or five chances Spurs had in quick succession at 2-1,” said Neville. “[United] were absolutely getting battered, they were on the ropes then. That was with 11 men. That quick succession of chances that Spurs had, where they were all over the place.”

The narrative around Manchester United right now is their failure to act quickly enough and decisively enough in the transfer window to support Ole Gunnar Solskjaer and close the gap on Liverpool and Manchester City.

But the back four that started against Tottenham cost £188m. What is the cause of their dramatic decline? 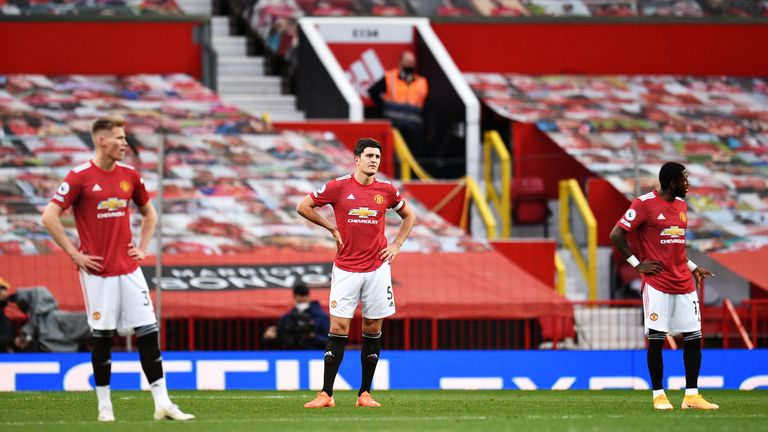 Porto’s £15.4m Alex Telles is coming in to join that quartet and £30m Lindelof – but spending in the transfer market isn not the solution to all problems.

United’s backline – so effective in the latter part of last season – has been badly exposed by opponents this time around and individual errors are occurring repeatedly.

Ahead of David De Gea – who is under pressure for his place himself from the returning Dean Henderson – £80m Maguire has gone from being a commanding addition last season to looking well off the pace this time around.

“Maguire’s had probably his three worst performances in a Manchester United shirt since he came to the club,” was Neville’s assessment of his campaign so far. How much events in his personal life during the summer have affected him is hard to judge, but the United captain has been exposed far too often. 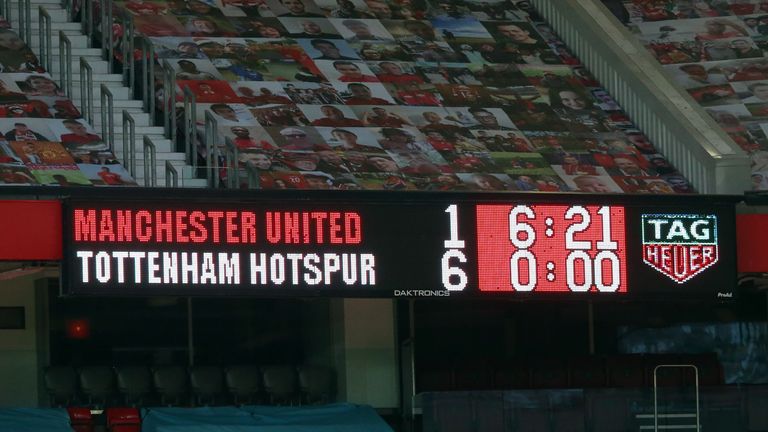 His tame game of head tennis with Bailly led to Tanguy Ndombele’s equaliser for Spurs. Maguire then allowed Harry Kane to take a quick free-kick while Bailly snoozed, and Heung-Min Son raced through for their second.

Bailly – making just his second Premier League start since the beginning of last season – looked ring rusty and his careless pass out from defence to Nemanja Matic was intercepted by Kane in the build-up to Spurs’ third. That error came just moments after United had been reduced to 10 men; Solskjaer must have been furious. 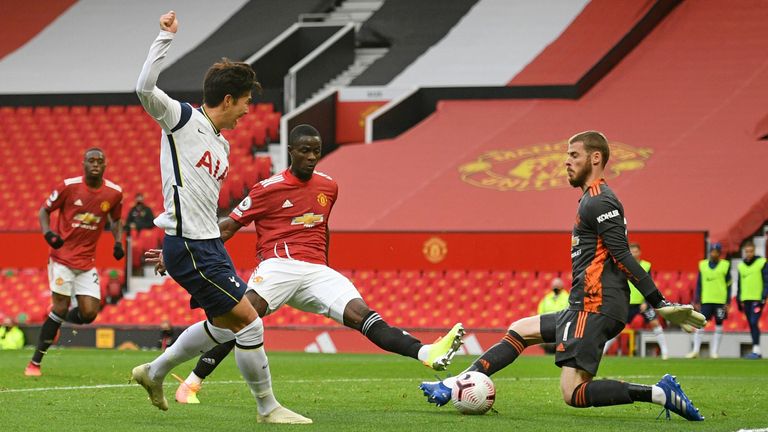 Luke Shaw hardly covered himself in glory at left-back, either. He cleared the central area of the box as Serge Aurier crossed for the now unmarked Son to tap in a fourth at the near post, before Shaw was dragged out of position – although hardly helped by Paul Pogba – as Aurier was picked out for number five.

By the time Pogba brought down Ben Davies and Kane hammered in the penalty to make it 6-1, United were on their knees.

It is an incredible drop-off from the mean defence that was on show from United, particularly after the restart, at the end of last season. That mean defence provided the basis for so much positivity at the other end, inspired by Bruno Fernandes.

But the stats underline just how miserable United’s backline have been so far this season.

Only West Bromwich Albion have conceded more goals – and they have played a game more.

Only three teams have faced more shots – again, all three of those sides have played a game more than United.

The complaints of Ed Woodward and United’s recruitment strategy ask why they have not invested to compete with Liverpool and City. Meanwhile, on the pitch, their defending places them among the leakiest in the division.

Unless there is drama on deadline day, it is a problem Solskjaer is going to have to solve with Telles and the players he has already got.

“[The defeat to Spurs isn’t] about getting players in. This was about who’s here and getting the best out of the ones who are here and today it was the worst you can get from these,” Solskjaer told Sky Sports.

He has a busy international break ahead to work out how he will do that.

Watch Gary Neville’s verdict of Untied’s defeat to Tottenham below.

Read our player ratings from Manchester United’s 6-1 defeat to Tottenham.

ONE MILLION POUNDS! Can you imagine?

You read correctly. Do not miss your chance to scoop £1m for free in this week's Super 6 round. Play for free, entries by 3pm Saturday. 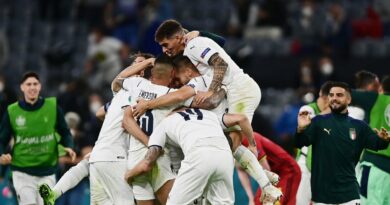 Italy vs Spain talking points ahead of Euro 2020 semi-final