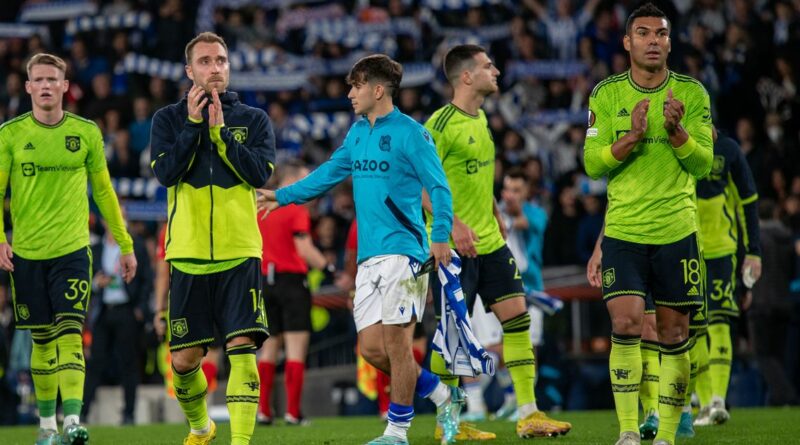 Manchester United's failure to win their Europa League group has left them with a potential fixture schedule headache.

The Red Devils beat Real Sociedad 1-0 in Spain on Thursday (November 3) evening but needed to win by two or more goals to secure top spot. Their second-place finish means they'll have to play an extra two-legged knockout round in February against a team which has dropped down from the Champions League.

Aside from the possibility of facing the likes of Barcelona or Juventus, those two games being added to their calendar causes a knock-on effect for the rest of their season. It looks like there could now be no free weekend or midweek to rearrange their postponed Premier League fixtures.

United had two games, one away at Crystal Palace and the other at home to Leeds, called off in the wake of the Queen's passing in September. They both need to be rearranged after the World Cup break.

But as per ESPN's Dale Johnson, the current free spaces they've got are all already accounted for by possible FA Cup replays, Carabao Cup dates, European dates or empty midweeks already set aside for catch-up dates in the domestic cup competitions.

What do you think should happen? Let us know in the comments section.

Of course, if they don't progress in the FA Cup or Carabao Cup then they will have those slots free. But to play Palace or Leeds, they them to lose too.

Two potential solutions would be to scrap the FA Cup replays or make the Carabao Cup semi-finals just one game, as opposed to the two legs they currently are.

The issue would be alleviated by United falling out of the Europa League. But with the battle for top four places so intense this season, you'd imagine Erik ten Hag will go all out to try and win the competition as it gives his side another route into next season's Champions League.

Oldham to learn if EFL will allow Paul Scholes appointment