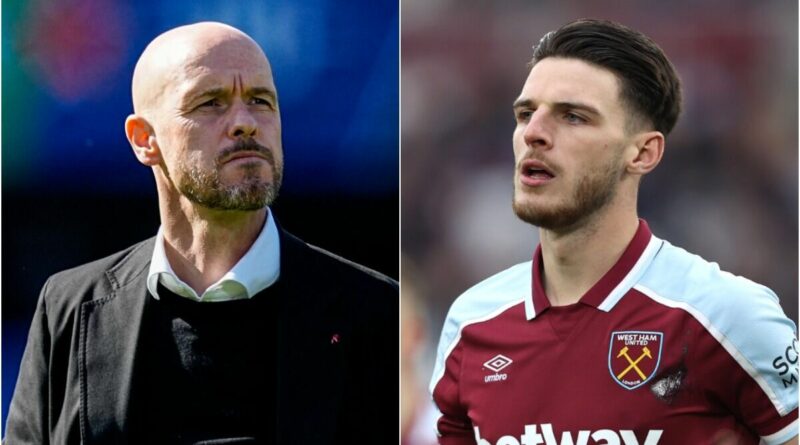 Manchester United may have to search for alternative defensive midfield targets this summer amid reports that West Ham are confident of putting together a plan to keep Declan Rice in east London. The 23-year-old is one of the hottest properties in the Premier League, but with David Moyes routinely warning potential suitors that he is not for sale, incoming Red Devils boss Erik ten Hag may end up looking towards four other transfer options once the window swings open.

The 22-year-old Frenchman is coming to the end of his second season of regular first-team action at Monaco. Chelsea courted the player last summer, but with another campaign of experience and a cluster of senior France caps under his belt, Liverpool have now reportedly joined the race too.

Amid fierce interest from around the continent, Tchouameni is broadly expected to go in search of a new challenge and a big payday at the end of the season. A price tag of £60million is certainly significant, but he could arrive at Old Trafford for a fraction of the price that Rice would command.

Still strapped for cash, Barcelona have reportedly scoured their squad and decided to put De Jong in the shop window. The Dutchman has been a regular at the Camp Nou since signing in 2019, but with United and others watching on, the phone is sure to be ringing off the hook for £59m.

At 24-years-old, De Jong still has plenty of time to mature and develop even further, and Ten Hag knows exactly what he brings to the table having worked together at Ajax. United hero Gary Neville spoke about the need for Red Devils midfielders to break the lines with their passes while on commentary duties for Monday’s clash with Brentford, and the Barca man can do exactly that.

The Leeds United midfielder has been restricted to just 16 league appearances this season due to injury. He still wouldn’t come cheap at a reported £60m, but a return to full flow next season could see his price jump up even higher.

That could all boil down to his contract situation, however, with his current deal due to expire in 2024. United could surely offer him a big pay day, but convincing the Yorkshire-born star to leave the Whites for their bitter rivals could be a very tough task indeed.

After four seasons in the Premier League, it is abundantly clear that Brighton signed a hugely talented midfielder in Bissouma. So important is he to Graham Potter’s side, they rejected a £35m offer in January despite the Mali international approaching the final year of his contract.

Bissouma has been on the radar of top teams, United included, for some time due to his rare skill set of athleticism, tenacity and flair on the ball. On top of that, he could be the cheapest option of the quartet with the Seagulls under pressure to cash in this summer.

Robertson urges Scotland to reach their first tournament in 23 YEARS 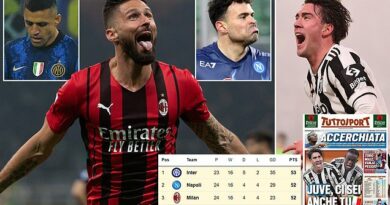 Inter, Napoli and Milan are involved in the best title race in Europe