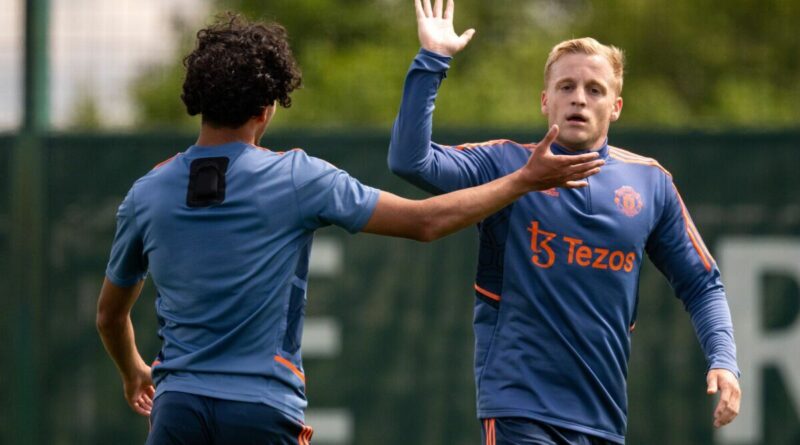 Donny van de Beek featured in a team alongside Manchester United’s usual regular starters during a training match in Bangkok in a sign that the Dutchman could be key to Erik ten Hag’s plans at Old Trafford. Van de Beek has become a peripheral figure at United since his £34million move from Ajax in 2020 – but could now play a more prominent role.

Van de Beek started just four times in his first season at Old Trafford. He then endured an even more frustrating 2021-22, failing to start a single game for United before being loaned to Everton.

The 25-year-old featured sporadically for the Toffees as they successfully steered clear of relegation under Frank Lampard. The playmaker has now returned to United and is bidding to impress his former Ajax boss Ten Hag.

Van de Beek could be in line to play a key role for United after footage emerged of Ten Hag’s side training at the start of their pre-season tour of Asia. He appeared to be playing in a team that could be considered a first-choice selection. 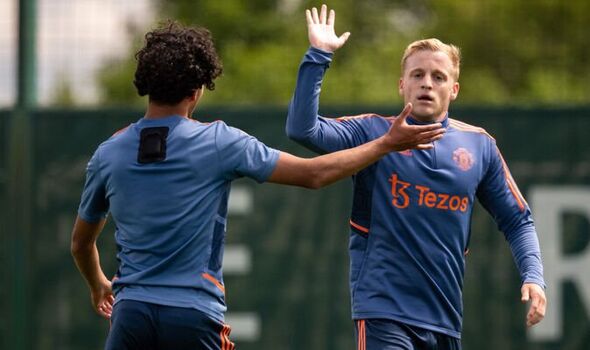 Sky Sports broadcasted a live feed of the session taking place in Bangkok, and United seemed to be playing a training match in the background. Not all of the players could be seen but Van de Beek was included in a team alongside Bruno Fernandes, Jadon Sancho, Luke Shaw and Fred – all players who could be considered regular starters at the club.

The opposing team consisted of new signing Tyrell Malacia, Eric Bailly, Zidane Iqbal, Victor Lindelof and Aaron Wan-Bissaka. Each of those players could be considered part of a second-choice team, including Wan-Bissaka whose future is unclear following the arrival of Ten Hag.

It could mean that Van de Beek reignites his United career and becomes an important player in Ten Hag’s midfield. He played 110 times under the 52-year-old at Ajax and helped the Dutch club reach the Champions League semi-final in 2020. 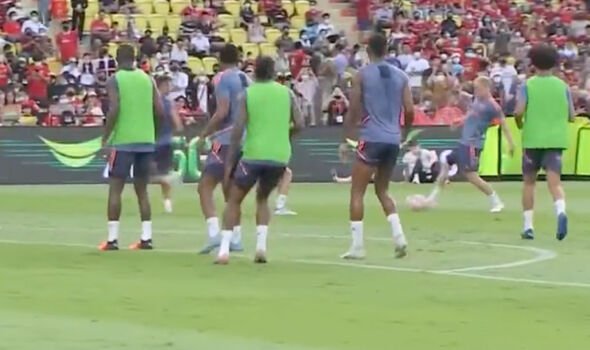 Ten Hag will hope that several players can step up and contribute to his first team having endured a frustrating transfer window. Talks with Barcelona over midfielder Frenkie de Jong appear to have stalled over the cost of a potential move.

Christian Eriksen’s free transfer arrival at Old Trafford is yet to be formally confirmed, with the Danish ace going through stringent medical checks. United are also hoping to conclude deals for Ajax pair Antony and Lisandro Martinez.

There remains doubt over the future of star forward Cristiano Ronaldo, who has apparently told club chiefs that he wants to leave this summer. That is despite Erik ten Hag insisting that the 37-year-old is part of his plans for this season.

Ronaldo has not travelled to Bangkok for ‘personal reasons’ and Chelsea are apparently interested in signing him. Meanwhile, Ten Hag has confirmed that Harry Maguire will continue as club captain.