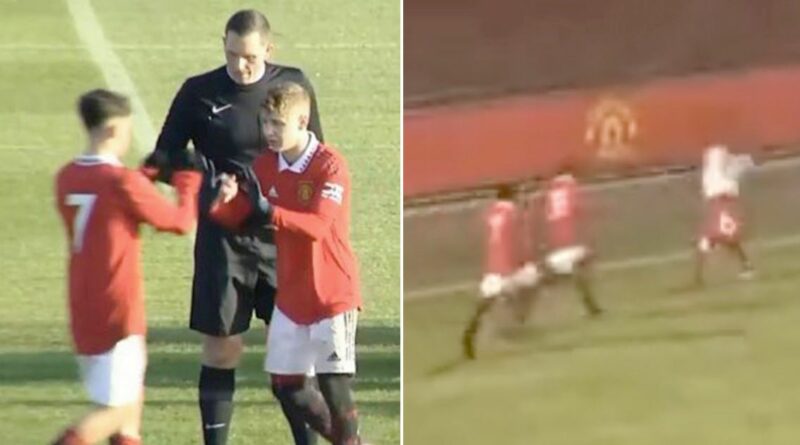 Manchester United youngster Amir Ibragimov was the star man for the Red Devils' Under-15s, 16s, and 18s teams… all in the same week.

The Russian-born United forward was subject to immense interest from all of Europe’s top teams last year, but snubbed any and all advances by penning a deal in Manchester. He is widely regarded as one of the brightest prospects within the United set-up.

And his tripartite of incredible displays across three different age groups at United demonstrated why he was sought after by Europe.

His stunning week of football began on Tuesday afternoon when he bagged the winner for the U15s in a 3-2 victory over arch rivals Manchester City. His low, whipped free-kick, zipped off the grass, through a crowd of players, and nestled into the bottom corner. If this youngster was not exciting enough, he marked the celebration with a fantastic backflip.

Yet, this was just the start of his week of football. On the Saturday morning, he popped up in the dying stages yet again to net the only goal in a 1-0 win against Liverpool for the U16s side.

What do you think Amir Ibragimov can achieve? Let us know in the comments section below

Minutes after the final whistle was blown, Ibragimov strolled over to the next pitch and came on for the U18s side. While he did not find the back of the net on that occasion, he still looked at home playing three age groups above.

And the best thing for United is he cemented his future at the club last year. Ibragimov signed a contract at the club which will keep him there until he can sign a professional deal when he turns 17.

As well as captaining his United age group, he has also earned international call-ups for the England youth sides. While born in Russia, he has lived in England since the age of 11 years-old.

While it will likely be many years before he turns out for the first team, he is certainly one to pay attention to. 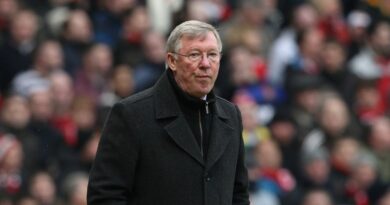