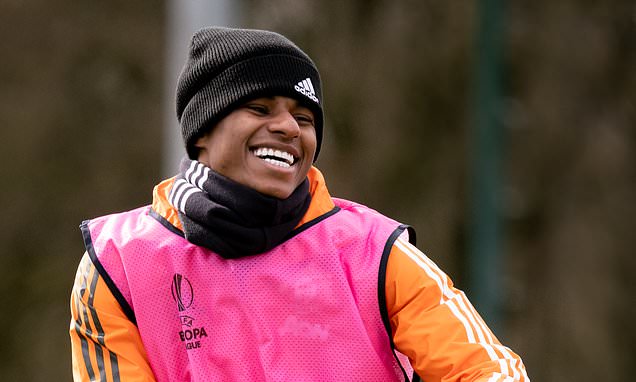 Ole Gunnar Solskjaer pledged not to overplay Marcus Rashford after naming the forward in Manchester United’s squad to face Granada in the Europa League quarter-finals despite not being fully fit.

Having pulled out of the England squad with an ankle complaint, the 23-year-old limped off 72 minutes into Sunday’s 2-1 Premier League win against Brighton at Old Trafford.

Rashford equalised with a lovely first-time finish shortly before going off having been caught in a tackle, leading him to reportedly miss training on Tuesday. 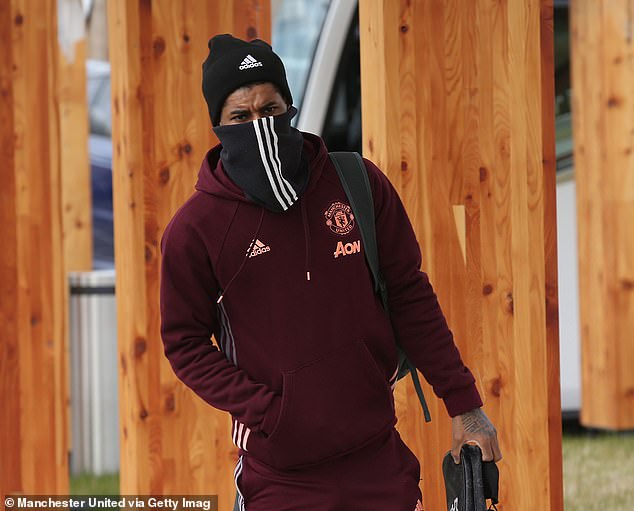 But Rashford trained on Wednesday morning and has been included in the 24-man squad heading to Spain for the first leg of the Europa League last-eight clash.

‘Marcus is travelling and we’ve just got to make a decision tomorrow if he starts or if he’s on the bench. 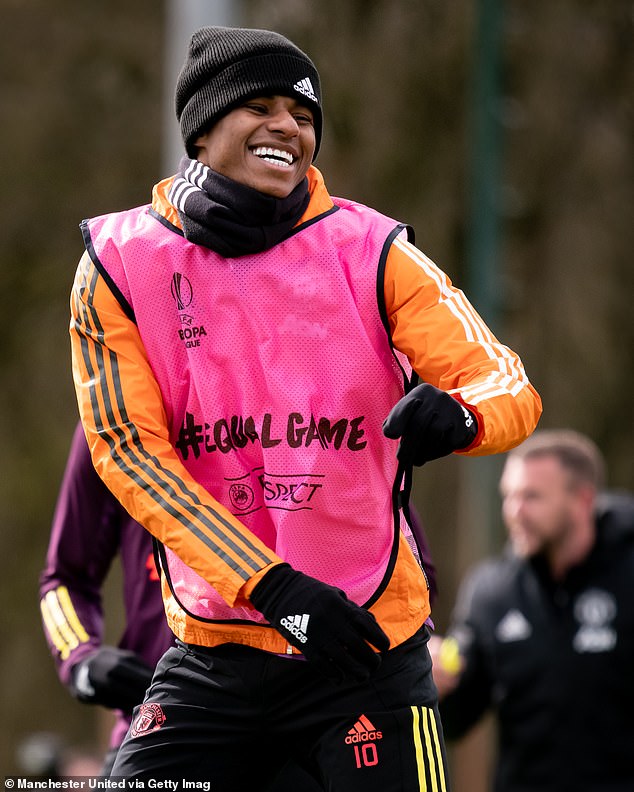 Rashford missed a chunk of time last year with a back injury that he had been managing, while he is said to be dealing with a shoulder issue that might need an operation after this summer’s Euros.

‘I don’t pick players when we know there’s a risk,’ Solskjaer said. ‘Of course there’s always a risk when you step onto the pitch and when you play football.

‘But if the physios and the medical advice is that ‘this is too much of a risk to play him’, I will never ever play a player that we, in advance, know about if it’s going to make it worse or if it’s a serious one.

‘Marcus joined in training this morning so let’s see how he reacts. If there’s any risk of making this worse, I’m not going to overplay him.

‘His back has recovered. But he’s a tough one and he wants to play, he wants to give his all for Man United and it’s also a responsibility for the player to tell us, as he did on Sunday. He said: ‘no, it’s too sore, I’ve got to come off’.’ 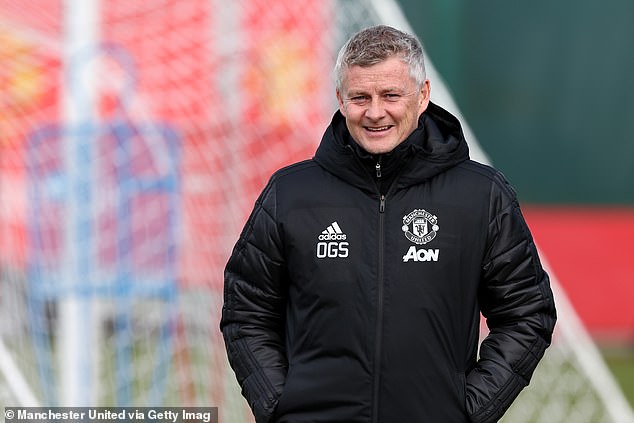 Anthony Martial will miss the trip to Spain and potentially the rest of the season with a knee injury, while Eric Bailly is still in the Ivory Coast following a positive Covid-19 test.

Juan Mata is back involved and Solskjaer confirmed that 18-year-old Anthony Elanga, who he believes offers ‘some X factor’, will be on the bench for the first time after injury delayed his promotion.

But the United boss was less forthcoming on his starting goalkeeper against Granada after Dean Henderson got the nod versus Brighton.

David De Gea’s last appearance came on February 28 after being allowed to return to Spain for the birth of his first child, but he has since watched the last three matches from the bench.

‘Every time I try to explain to players why they don’t play in this particular game and what they need to do and what my plans are with them, all those discussions remain private of course. 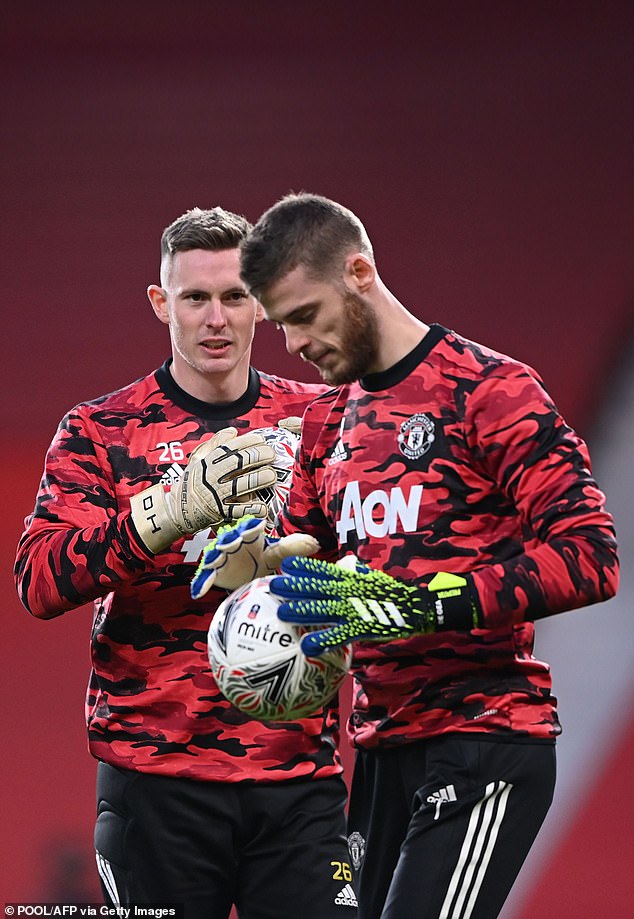 ‘If it’s Dean, David, I’m very comfortable with both of them to play and I’m very happy that none of them are happy to not play.

‘When you’re a part of Man United, there’s always going to be players coming in and players who don’t just come in to fill the bench or to fill the squad. Everyone’s got ambition to take your shirt.

‘I was there myself as a striker. We signed Ruud (Van Nistelrooy), Diego Forlan, Louis Saha – we signed loads of top strikers. Dwight Yorke and Teddy Sheringham.

‘The aim for me then is to prove to the manager that ‘OK, I don’t mind you signing these but I’m still important for you, I’m still going to give everything I can to play’. It’s the same – right-back, left-back, centre forward, goalkeeper.’

Solskjaer joins Matic and Smalling at Football Beyond Borders event