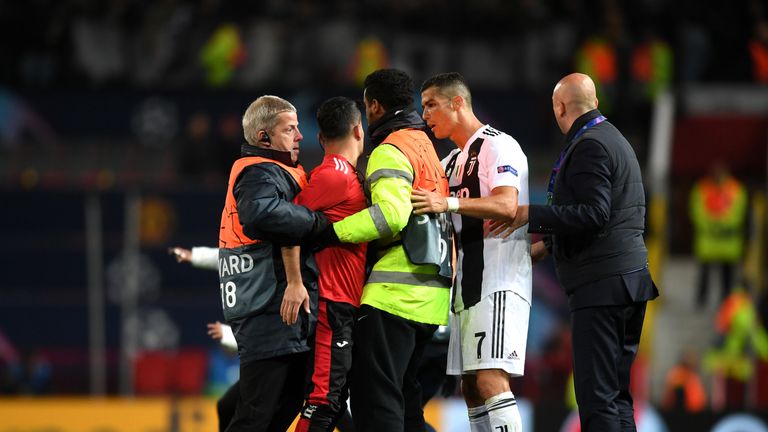 Manchester United have been charged by UEFA following pitch invasions during and after Tuesday night’s Champions League loss to Juventus.

A fan ran across the pitch in the first half of the Group H encounter, with two more supporters making it onto the field after full time.

The latter pair of fans ran towards Juventus forward and former United player Cristiano Ronaldo, who appeared to take a selfie for one of the fans as he was being held by stewards.

A statement said United had been charged under Article 16 of the UEFA Disciplinary Regulations, which relates to “field invasion”.

The case will be dealt with by the UEFA Control, Ethics and Disciplinary Body on November 22 – the week before United host their final Group H match against Young Boys.

A United spokesperson said: “We will be responding to the UEFA charge and we are reviewing our pitchside security protocols in the light of the pitch incursions at last night’s game.”

Greater Manchester Police have confirmed that one man in his forties remained in custody on Wednesday afternoon – after being arrested on suspicion of pitch invasion the previous evening.

United have avoided punishment for their late arrival at Old Trafford, and for the kick-off being two minutes and 10 seconds behind schedule.

Last week, United were fined 15,000 euros (£13,202) – after arriving late for their home tie against Valencia in early October. 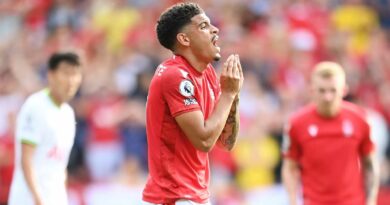