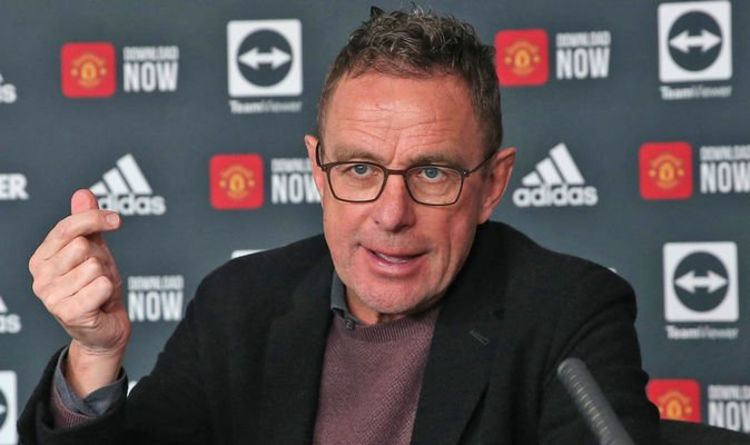 Manchester United are reportedly close to finalising a deal to make Ewan Sharp their assistant coach and analyst. The former Toronto FC man is currently working at Lokomotiv Moscow in Russia, where he previously worked under Ralf Rangnick. Now, he’s poised to join the German at Old Trafford.

According to Sky Sports News, Sharp will soon join United as both an assistant and analyst.

It’s claimed Rangnick first encountered the American at New York Red Bull over in the MLS and he’s now poised to join the club as a replacement for Kieran McKenna.

McKenna was a key part of Ole Gunnar Solskjaer’s coaching set-up, having been promoted following the departure of Jose Mourinho back in December 2018.

The 35-year-old left Old Trafford last week to take over at Ipswich Town, despite Rangnick wanting him to stay.

And United have also seen Michael Carrick leave the club in recent times, with the former midfielder choosing to walk away and take a break from football after taking charge of the side on an interim basis.

But they didn’t get sufficient results, winning just two of their 15 games together before both losing their jobs.

United, as things stand, are poised to retain the services of Mike Phelan.

Phelan was a vital coach as the club dominated the Premier League during the years where Sir Alex Ferguson ruled the roost.

And though it’s unclear what his specific role is, the Red Devils are expected to keep him until the end of the campaign.

Rangnick recently opened up on Armas, Phelan and Carrick before his side’s Premier League matches with Brighton and Brentford were called off.

“Since Michael Carrick is no longer on board we needed somebody else to replace him, so Chris Armas is one of two assistant coaches now with Kieran,” Rangnick explained.

“So I have the two of them who help me to prepare training sessions, to discuss video footage together with [analyst] Paul Brand.

“Mike Phelan is not watching the training sessions – he also didn’t do that when Ole was in charge – but he’s also part of the training group of the staff.

“But he is never on the pitch when we train. He’s not out there and he didn’t do that when Ole was in charge, as I said. Chris will not replace Mike but much rather Michael Carrick.”

Regarding McKenna, Ipswich coach John McGreal has tipped him to shine in his new role.

“He’ll be coming with fresh ideas to get us on that right track to where we want to get to,” he said recently.

“You only have to look at his track record, the players he’s integrated into the first team, the players he’s actually coached, the managers he’s coached under, it’s a quality CV and a big appointment by the club and shows what direction it’s going (in).

“I congratulated him and he’s really looking forward to it and why wouldn’t he be?

“It’s Ipswich Town, it’s his first managerial job and it’s a great job to pick up and run with.

“Kieran will have done his background, he’ll know what direction he wants to go with the club, he’ll know all these individuals, he’ll be well prepped, he’ll have done all his homework.” 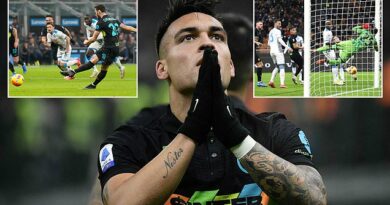