Manchester United are on the verge of agreeing a big money deal to finally sign long-term target Bruno Fernandes, according to Portuguese newspaper A Bola.

Ole Gunnar Solskjaer has been chasing the attacking midfielder since last summer, but Sporting Lisbon have so far played hardball over the fee for their star man.

However, a new report claims that United have now made a breakthrough in their negotiations after tabling a new offer worth just over £55million. 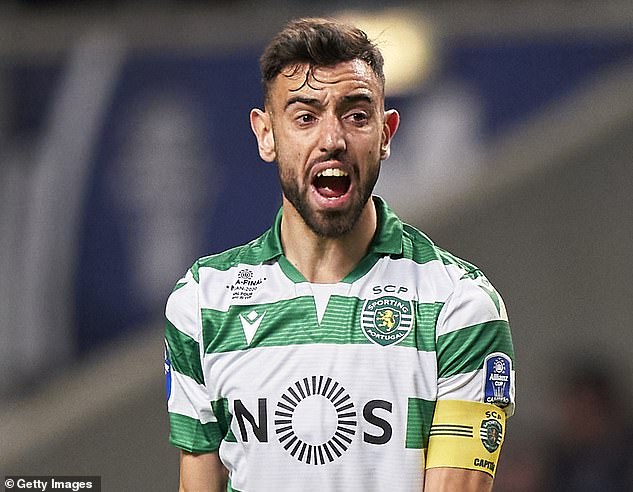 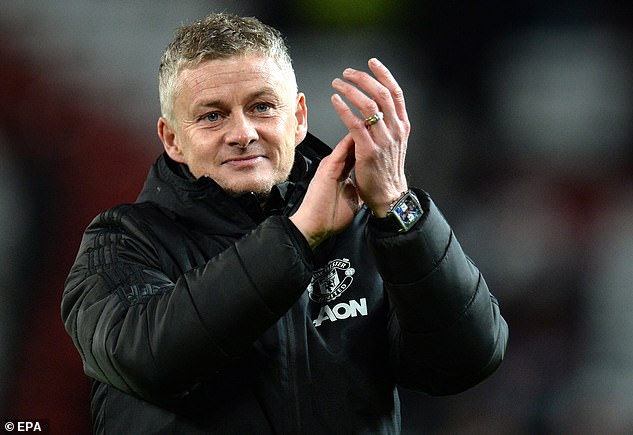 A Bola claim that the Red Devils will pay close to £47m up-front for Fernandes, with an extra £8.5m in potential add-ons depending on his success at Old Trafford.

Sporting had hoped to secure a deal worth £60m for the Portugal international, but now appear willing to meet United in the middle this month.

Fernandes seemingly snubbed the chance to say goodbye to Sporting fans ahead of his move to as he angrily stormed down the tunnel and pushed a TV camera on Tuesday night.

The midfielder was left furious after Sporting’s 2-1 defeat by Braga in the semi-finals of the Taca da Liga – the Portuguese League Cup – in what could prove to be his final game for the club. 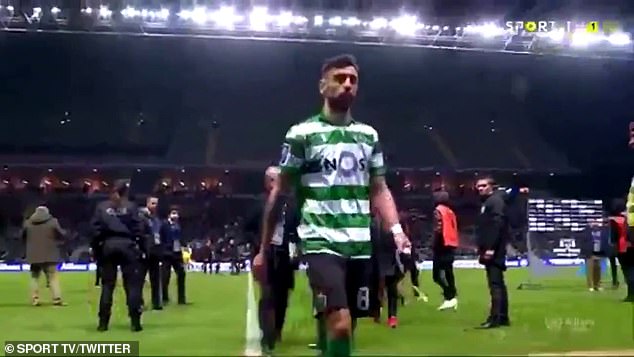 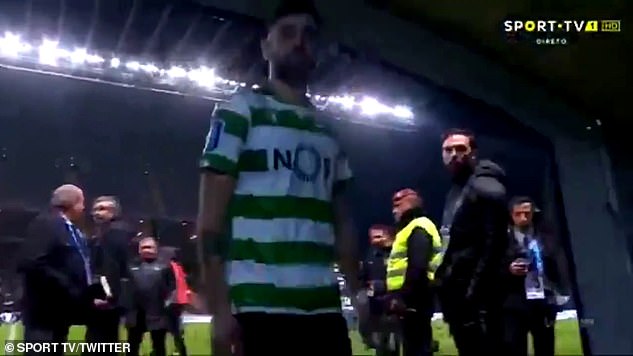 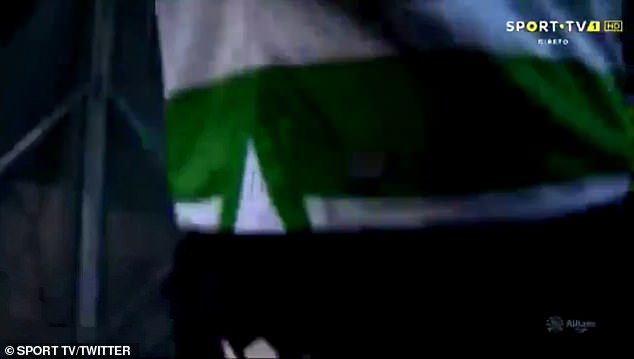 Fernandes provided an assist for his side’s only goal of the game but a late Braga winner prompted an angry reaction from the 25-year-old.

Fernandes chose not to wave or acknowledge the away fans as he made his way off the pitch at the full-time whistle.

As he tried to make his way down the tunnel, a TV cameraman then attempted to get a shot of him but Fernandes pushed the camera down to the ground in disgust. 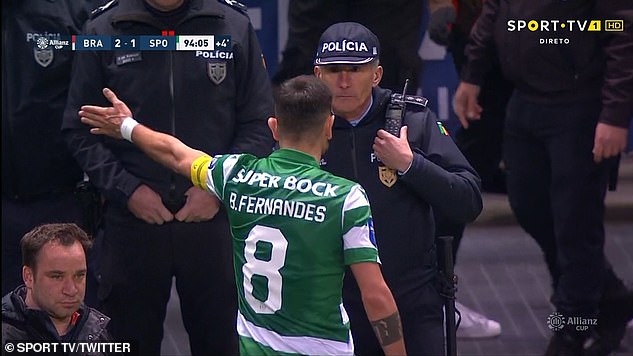 Fernandes was also involved in a discussion with a police officer as the match descended into chaos in the final few minutes.

Sportsmail revealed earlier this month that Fernandes’ agents had been in London for talks with United chief Ed Woodward over a move to Old Trafford.

The Premier League giants have remained in discussions for the last two weeks and a deal now finally appears to be close.

Why has it all gone wrong for Tottenham?

Liverpool ‘lead £30million four-team chase’ for Todd Cantwell transfer
We and our partners use cookies on this site to improve our service, perform analytics, personalize advertising, measure advertising performance, and remember website preferences.Ok