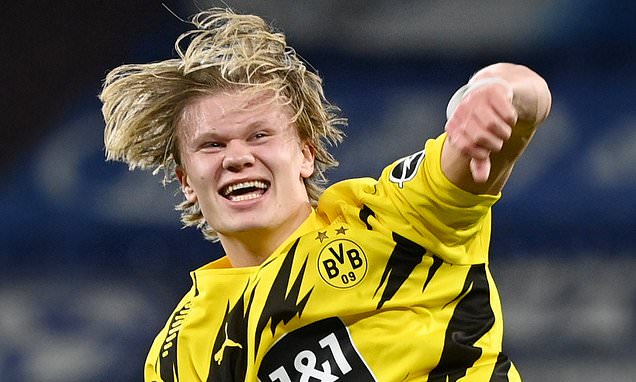 Ole Gunnar Solskjaer says he has the backing he needs to turn Manchester United into a ‘very successful’ team, and may be looking to spend big this summer.

United’s owners have come under fire in recent transfer windows for not spending the necessary cash, with the failure to capture Jadon Sancho one of the main talking points.

However, Solskjaer appears confident going forward, and United could be looking to line up a bid for Borussia Dortmund star Erling Haaland, according to The Mirror. 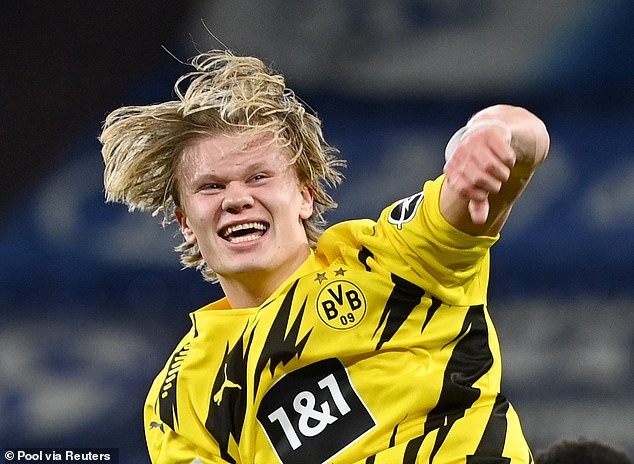 ‘We’ve got a plan to become a very successful Man United team – and a team that top players want to play for,’ said Solskjaer.

‘It’s down to us to keep improving and getting closer to the trophies. I can’t say anything about individuals. But we’ve got the backing.’

United didn’t want to pay £120million for Sancho last year, but may be able to get Haaland much cheaper than expected. 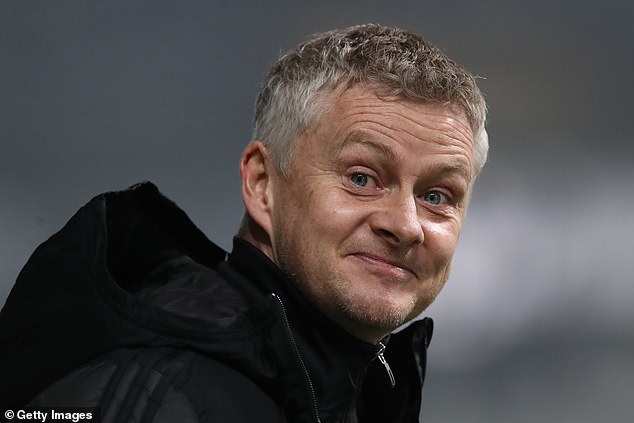 The Norwegian joined Dortmund in 2020 for just £17million, and has set the Bundesliga on fire in recent times. Despite his success, he will be eligible in 2022 for just £66million.

United have targeted Haaland before, and of course there is already a connection between Haaland and Solskjaer from when they were at Molde.

‘The owners keep backing the club and myself and hopefully we can improve the team,’ Solskjaer continued.

‘We are getting better, but we need to do better than last year when we got to three semi-finals. The next stage is to get into finals and establish ourselves again as challengers in the league. 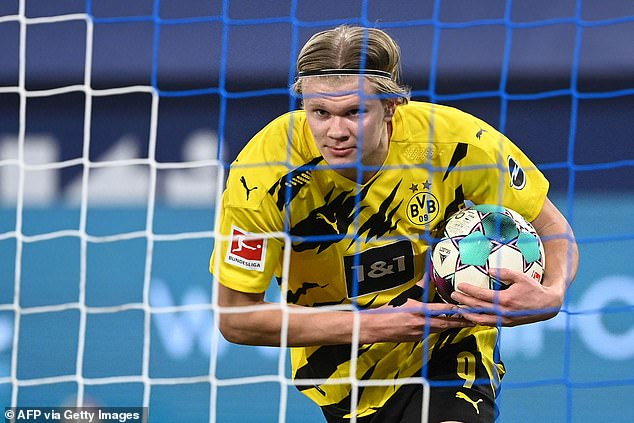 ‘I talk to Ed [Woodward] all the time and I know we will keep on discussing the progress of the team.’

Manchester United are second in the Premier League, although 10 points behind rivals Manchester City after a run of just one win in their last five.

They will want to finish strongly and put on a good Europa League run in order to attract this calibre of player in coming seasons.

Chelsea vs Everton live stream: How to watch Premier League fixture online and on TV today