Manchester United are ‘genuinely interested’ in Erling Haaland and Harry Kane, reports say. The Tottenham and Borussia Dortmund strikers have both been linked with Ole Gunnar Solskjaer’s side. However, despite uncertainty over the future of Anthony Martial, the Red Devils are unlikely

Having netted 23 goals in the 2019/2020 campaign, hopes were high within the club that he’d continue to develop into one of the world’s best strikers.

However, that didn’t happen with the 25-year-old only notching seven times across all competitions.

Even before injury struck, Martial had fallen behind Edinson Cavani in the Old Trafford pecking order.

And there’s been talk of a potential departure in the time since, with United supposedly open to loan offers for the player.

Forbes now confirm that Martial may be allowed to leave United permanently for the right price, with Tottenham and Borussia Dortmund previously admirers. 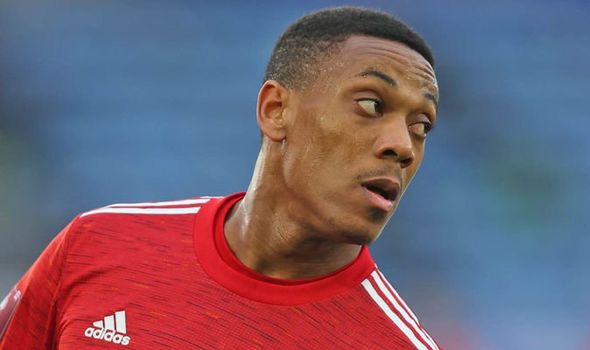 And it’s claimed the Red Devils are ‘genuinely interested’ in signing Kane and Haaland.

However, it is acknowledged that United are unlikely to go after either player this summer – instead choosing to use their funds on other players instead.

And United would like to strengthen at right-back and are eyeing Kieran Trippier, who impressed as England beat Germany 2-0 in their Euro 2020 showdown on Tuesday night.

Interest in Haaland was rumoured to have been dropped in recent times because of the club’s desire to land Sancho.

But it appears United are still in with a chance of landing the Borussia Dortmund striker, who netted 40 goals across all competitions last time out.

They’re still determined to secure the signature of the Tottenham striker, even if Manchester City and Chelsea are currently viewed as frontrunners in that race.

Yet that’s unlikely to be easy due to the involvement of Daniel Levy, who hasn’t let a player move to Old Trafford since Dimitar Berbatov back in 2008.

“I’ve definitely seen an improvement at Manchester United in the past 12 months or so,” he said. 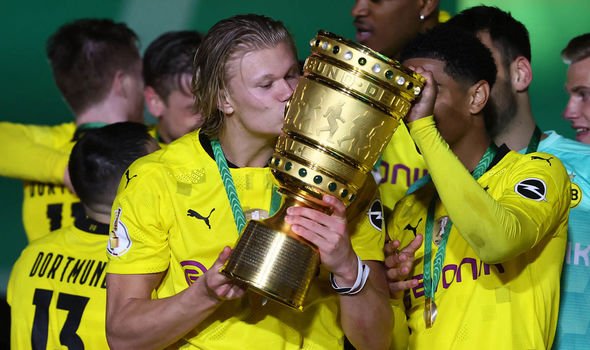 “On their day they can beat any team in the world, I just think they struggle to perform in the games where you’d expect them to win.

“Sometimes I think we were guilty of being a little bit short in midfield and the back-line has changed quite a lot throughout the season. Normally you have your two centre-halves set in stone and you build from there.

“Ole should be looking at three key areas where he can strengthen the first-team, and that’s with a new centre-back, a midfielder and a striker.

“The club needs to lose a few players as well, and I know that’s sometimes easier said than done, but they’ve got to make some room for new arrivals.

“They definitely need a strong midfielder to come in and play week-in and week-out. 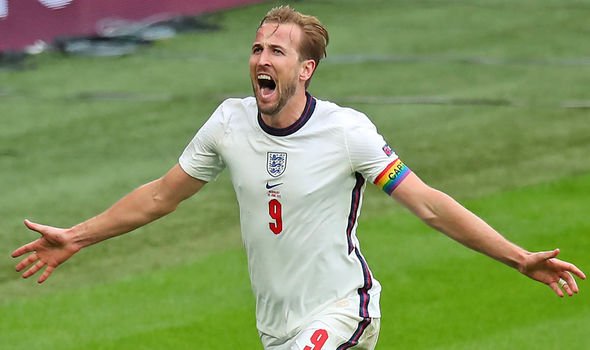 “I thought the club managed alright last season up-front but I’d still say they need a big name up there – especially for when someone like Anthony Martial isn’t fit.

“Whenever one of our attackers got the slightest knock, we really struggled. You’re looking around at the bench and thinking ‘where’s our Ole Gunnar Solskjaer?’ That player who can make a difference. There just needs to be a bit of strength in depth in that area.

“I probably went to every home game last season, and I have to say it was really disappointing at times.

“Away from home the team were fantastic, like they were playing with no fear, but at home they seemed to really struggle.

“We never really got our rhythm going; but if that changes, then it’s a completely different story. You’d hope the return of fans has a positive impact in those results at Old Trafford next season.”