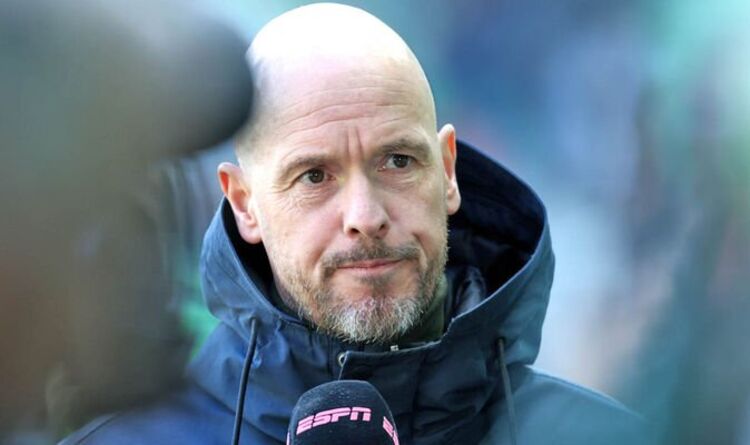 Erik ten Hag is currently the frontrunner for the Manchester United job, despite the board previously eyeing Mauricio Pochettino. Yet the Red Devils are making a big mistake by stalling when it comes to offering him a contract. Uncertainty, after all, isn’t helping a team whose season is going from bad to worse with each passing week.

United have made the Ajax boss their No 1 managerial target, having been impressed by the 52-year-old’s work in Amsterdam and how he conducted himself during talks.

Yet United haven’t offered him terms yet, causing frustration behind the scenes. And that means the Red Devils are making a mistake when it comes to his potential appointment.

The Ajax boss, for his part, is said to be seriously tempted by the prospect of managing at the Red Bull Arena next term.

And United can’t afford to miss out on Ten Hag now. Things have gone too far, an appointment is too close for things to fall apart.

With the news already out there that the Red Devils want the Dutchman, and he wants to come, missing out on him would be a catastrophic blow.

And it could potentially lead to more trouble further down the line.

Just look at Tottenham. Back in the summer, when it came to hunting a replacement for Jose Mourinho, Antonio Conte was their No 1 target.

Yet Spurs’ failure to hire the Italian right away saw things quickly become a farce. By the time Nuno Espirito Santo took over, they’d missed out on many of their top targets.

That led to Tottenham having a troublesome start to the season and, only since Conte’s eventual appointment, things have improved.

United, if they miss out on Ten Hag, will be left with a dilemma.

Though Mauricio Pochettino is admired, PSG may actually decide to keep the Argentine for another year – especially given the fact Leonardo called for continuity in the wake of their recent Champions League exit to Real Madrid.

Julen Lopetegui has made it clear he sees his future at Sevilla, where he’s rebuilt his career in recent years.

And Luis Enrique is adamant he’ll lead Spain at the World Cup in Qatar later in the year.

With that being the case, where would United possibly go?

It would suggest that, once again, they’re being held back by the powers above them.

And it would be another setback as United begin their long way back to the top and yet another new era.

Furthermore, United players seem to need clarity on the situation as well.

Though Rangnick is right to say the speculation surrounding Ten Hag shouldn’t be a distraction, the brutal fact of the matter is that results and performances have worsened just as their managerial pursuit has intensified.

The last thing United need is more bumps in the road. This is going to be a long journey – so offering a contract with haste would be the right thing to do.

Rangnick said on Saturday, after United lost to Everton: “I don’t think [manager speculation] should be an excuse.

“We are Manchester United. We have lots of international players, this cannot be an alibi and an excuse.

“We shouldn’t be distracted by that, there will be a new manager next season. 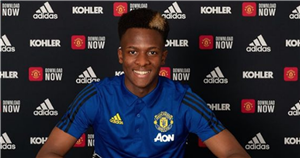