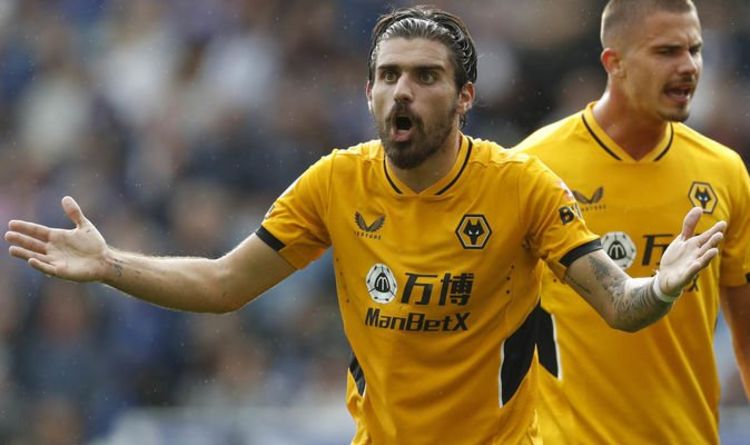 Manchester United are still open to making more signings before the transfer window slams shut. And with Eduardo Camavinga off to Real Madrid, it’s Ruben Neves who is being eyed behind the scenes. Jesse Lingard could, potentially, be a solution when it comes to getting a deal for the Portugal international over the line.

Tom Heaton moved on a free to provide competition for David De Gea and Dean Henderson between the sticks, with both players inconsistent.

Jadon Sancho then moved from Borussia Dortmund for a huge £73million deal.

United proceeded to sign Raphael Varane following Sancho’s move to Old Trafford, with the 28-year-old touching down from Real Madrid.

And, just on Friday, they announced Cristiano Ronaldo had sealed a Hollywood return to his old club – 12 years after he left.

Now, United are pondering a late move for Neves.

Express Sport understands the club aren’t confident behind the scenes but are still open to making late signings regardless, providing their net spend stays healthy.

And Lingard could be an ideal way of breaking Wolves’ resistance.

Though Ole Gunnar Solskjaer has made it clear he values Lingard, the playmaker isn’t expected to start many matches for the club this term.

There are, of course, plenty of fixtures on the calendar for him to make his mark.

But if United pitch a straight swap involving Lingard and Neves, then there’s certainly a possibility Bruno Lage’s team will think it over.

At West Ham last term, the England international was outstanding.

Lingard sparkled at the London Stadium, scoring nine goals and clocking up four assists during his time playing under David Moyes.

As a result, his stock is high again.

And Wolves would be onto a winner with the signing of Lingard, whose versatility would greatly appeal to Lage’s team.

If United don’t get Lingard off the books now, then they risk losing him for free next summer. Something that, for a club who lost £150million during the pandemic, wouldn’t suffice.

So it’s a solution that would suit all parties.

Lingard himself may prefer a move to West Ham but the chance to play every week, at a club who harbour ambitions of European football, may prove tempting.

And Neves would then get the chance to play alongside compatriots Ronaldo, Bruno Fernandes and Diogo Dalot at Old Trafford.

Obviously, with time trickling down, this would be a tricky transfer to broker.

But it’s still something United should consider nonetheless, especially with Lage recently admitting that every player had a price.

“All the top players we have are linked with all the clubs in the world,” he said.

“If you go to Portugal, the top players at Benfica are all linked with moves to Wolves.

“Ruben is happy here and we are happy with him. We are not thinking to let anyone leave, but every player has a price.

“You never know, if Messi changes to PSG then anyone can go.” 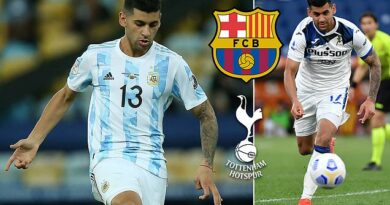 Southgate backs Grealish and Rice to flourish for England