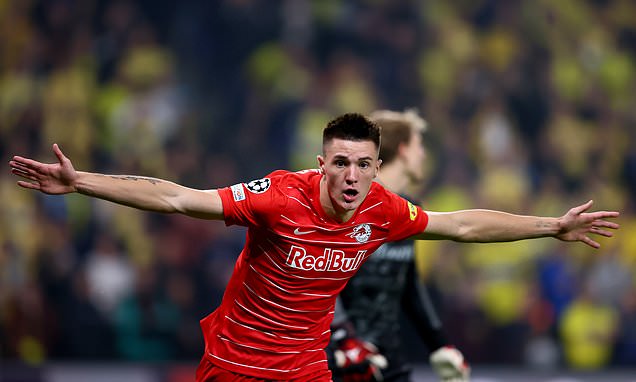 REVEALED: Manchester United held talks with Benjamin Sesko’s agent last week but RB Salzburg don’t want to sell their star striker this window… unless they receive an offer over £55m

The 19-year-old striker has already been linked with moves to Newcastle, Bayern Munich and Borussia Dortmund in the window, but it seems United may be leading the race for his signature.

Sesko has started the season in fine form, netting two goals in Salzburg’s first two games, and the club are reluctant to let the Slovenia star leave. 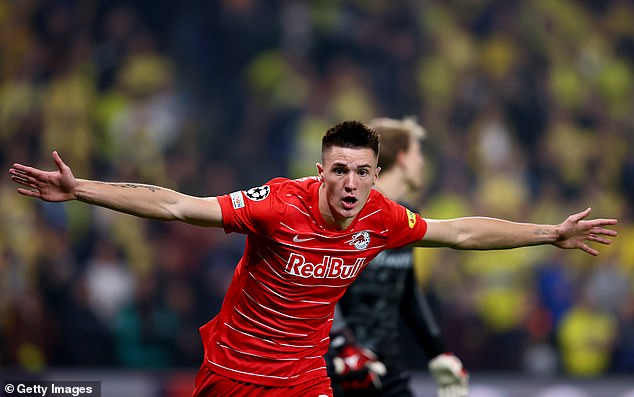 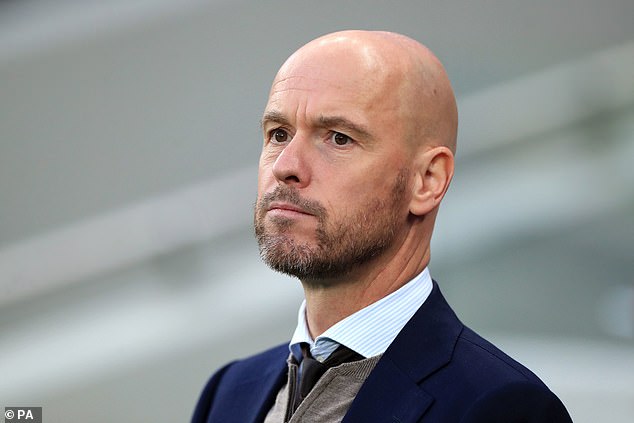 Sesko’s agent had sparked speculation last week after he posted an image to his Instagram account having dinner near the Tyne Bridge. However, there has been no official talks or approach from Newcastle yet.

The Magpies do remain keen on adding more fire power to their attack, and have also been linked with moves for Harvey Barnes and Jack Harrison.

Man Utd’s interest in Sesko comes with the future of Cristiano Ronaldo still unclear. The Portuguese star returned to the club this week, but United are preparing targets in case they do need to replace their iconic number seven. 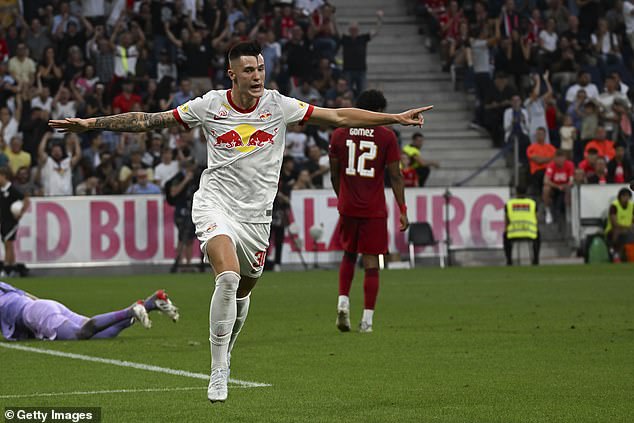 Sesko, who netted the winner for Salzburg during their recent 1-0 pre-season win over Liverpool, is seen as one possible option to replace Ronaldo.

The club have also been linked with Ajax winger Anthony and Austria striker Sasa Kalajdzic from Stuttgart.

United kick-off their Premier League campaign next weekend when they play host to Brighton on Sunday.