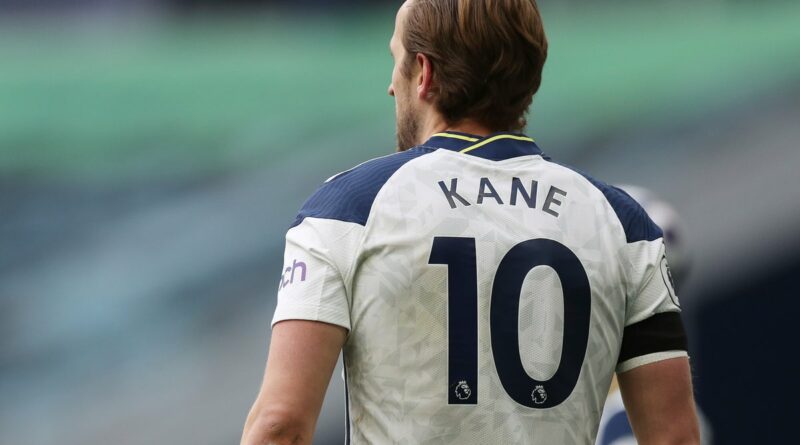 Manchester United’s most recent addition up front had just made the acquaintance of the Stretford End, scoring one of its finest goals in years behind closed doors or not. Edinson Cavani was told he would enjoy playing in front of fans if he signed on for another season. He certainly seemed pleased enough with his decision when showing off his bow and arrow celebration to a rapturous crowd of 10,000 inside Old Trafford.

And yet when Ole Gunnar Solskjaer sat down to speak to journalists after his side’s largely inconsequential 1-1 draw with relegated Fulham, the United manager found himself already fielding questions about his next potential recruit in the strikers’ department. Then again, when a goalscorer of Harry Kane’s calibre suddenly comes onto the market, that should be no surprise.

Kane is frustrated at Tottenham and hopes to leave north London this summer despite still having three years left on his contract, believing that he has a gentleman’s agreement in place with chairman Daniel Levy which allows him to finally seek a new challenge elsewhere. United are one of three Premier League clubs to be interested, along with Chelsea and Kane’s preference Manchester City.

Given those circumstances, and regardless of Cavani’s quite brilliant goal, it was inevitable that Solskjaer would be asked about Kane in his post-match press conference. His response was just as inevitable. “I can’t comment on other teams’ players and what’s been speculated and said,” he insisted. “I want to show the respect Tottenham deserve as well, not to talk about other teams’ players.”

But while he predictably refused to get into specifics, Solskjaer also refused to rule out signing a new striker. When asked whether Cavani’s recent contract renewal meant there would be no new arrivals up front, he said. “No. Of course I can’t [rule that out],” Solskjaer said. “Yes Edi’s signed, but how many good strikers have we had at this club? I can’t say we’re not signing a striker, of course not, because we’re building and working towards a better squad.

“We’re top three two years on the bounce but we’re still not where we want to be,” he added, a few hours before United’s runners-up finish was confirmed by Leicester’s defeat away at Chelsea. “Hopefully we’ll end up with a stronger squad when we start next season and be more consistent and try to target the ones in front of us.”

There is a reasonable case to be made for United signing another striker this summer. Cavani has been excellent, and especially so over the last few weeks, but concerns over his fitness at the age of 34 are justified. It was only a couple of months ago that his minutes were being carefully managed and there was understandable frustration – inside and outside United – at his patchy availability.

Anthony Martial, meanwhile, has a point to prove, especially after learning last night that he has been overlooked for yet another major tournament by France. Martial could still return from a knee injury before the end of the season, according to Solskjaer, but his struggles over the past year have only revived questions about his long-term suitability to the No 9 role. Cavani’s regular masterclasses have only demonstrated how much he still has to learn.

United have a longstanding interest in Kane, dating back years and preceding Solskjaer’s time in charge. Assessing the market this summer, he is one of only a few strikers that could be trusted to immediately meet their requirements. If Kane is able to persuade Levy to stand by this ‘gentleman’s agreement’, there would certainly be interest from Old Trafford. Yet that is a rather big ‘if’.

The chances of Kane securing the move that he desires are long and, as it stands, the chance of Tottenham agreeing to do business at any price lower than £150m are longer still. Then there are United’s other priorities to consider and the areas of Solskjaer’s squad that are in greater need of attention, with the centre of midfield, the centre of defence, right wing and right-back needing reinforcement.

The smart move may be to wait. Kane may be at his peak, and his injury record casts some doubt over his longevity, but a year from now he will be 28-years-old and still in his prime. His price will likely have fallen, by virtue of being a year further into his long contract and two years away from becoming a free agent. European football’s wider, post-Covid landscape will be clearer, as will the future of Erling Haaland.

United’s admiration of Haaland has not dimmed, though any chance of him arriving at Old Trafford this summer surely has after Borussia Dortmund’s Champions League qualification. That may help United in the long run, allowing them to strengthen their hand in a race that they may lose if it is held this year. Jumping at the chance to sign Kane now, rather than waiting, would make any Haaland move extremely unlikely.

Patience can be a virtue in these situations. It is sometimes worth sitting back and watching how things shake out. Whether United’s next striker is Kane, Haaland or the subject of the next great as-yet-unknown transfer saga, it may be more prudent to only sign them next summer. Until then, Solskjaer has one of the best No 9s of the past decade scoring regularly for him, and buying his superiors enough time to make their move. 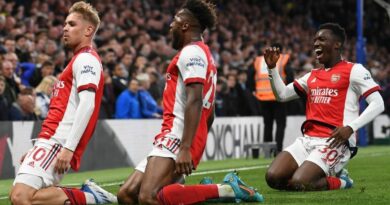 Tommy Conlon: 'We were promised transparency on the FAI but we got the landfill of legal advice'