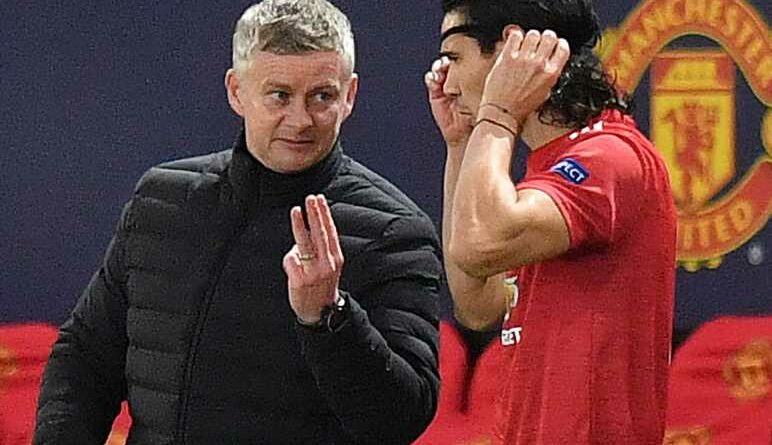 Ole Gunnar Solskjaer will almost be able to call upon a clean bill of health for Manchester United’s EFL Cup semi-final against rivals Manchester City.

Solskjaer revealed on Tuesday morning that Phil Jones is the only member of his first-team squad currently out injured, with the 28-year-old recovering from a knee injury.

Jones has not played since last January, leaving Edinson Cavani as United’s only major absentee for Wednesday’s semi-final at Old Trafford.

Cavani will serve the second instalment of his three-match suspension for an offensive social media post but United otherwise have plenty of options to call upon.

“Of course we’re disappointed not having Edinson involved,” Solskjaer said.

“He’s probably the only one that’s not [available] and of course Phil Jones, who has been out for a long time. They’re the only two that’s not available for selection, which is a good position to be in.”

“But it gives you hunger to get more, so of course the squad is focused, we’re ready to give it a go. I think we’ve prepared well for this game.”

United lost three semi-finals under Solskjaer last season, including a two-legged defeat to City at the same of this competition as well as exits from the FA Cup and Europa League.

The United manager believes his players have learned from those disappointments and challenged them to take a “big step” by winning the single leg semi-final at Old Trafford on Wednesday night.

“We’ve developed a lot in the last six months, last 12 months last, [since] the last semi in the Carabao Cup so of course it’s not just learning to win semis.

“We’ve also earned the right to feel we go all the way with our performances. We are confident, we are going into the game with good form so there’s no excuses.”