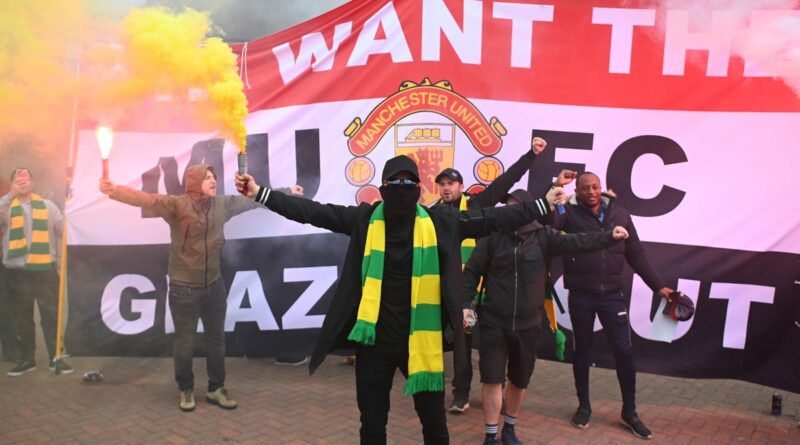 Hundreds of United supporters took to the pitch and set off flares just two hours before the scheduled 4.30pm kick-off at the club’s stadium, with thousands more gathering outside the ground in protest of the Glazer family’s ownership.

No revised kick-off time has yet been given.

The protests come in the wake of United’s involvement in the collapsed Super League – a planned breakaway tournament, in which the Glazers played a key role.

United fans also gathered outside the Lowry Hotel in Salford, preventing the club’s team bus from leaving for Old Trafford.

While the Old Trafford pitch and the area around United’s team bus have since been cleared, United players are currently waiting in their hotel rooms, according to Sky Sports.

Fans entered the tunnels at Old Trafford and took to the pitch but did not enter the ground’s changing rooms, thus the Premier League’s decision not to call off the game due to any coronavirus protocol breach – despite the tunnels and pitch being labelled as prohibited ‘red zones’ amid the pandemic. 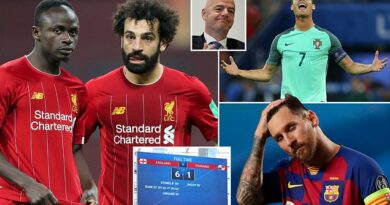