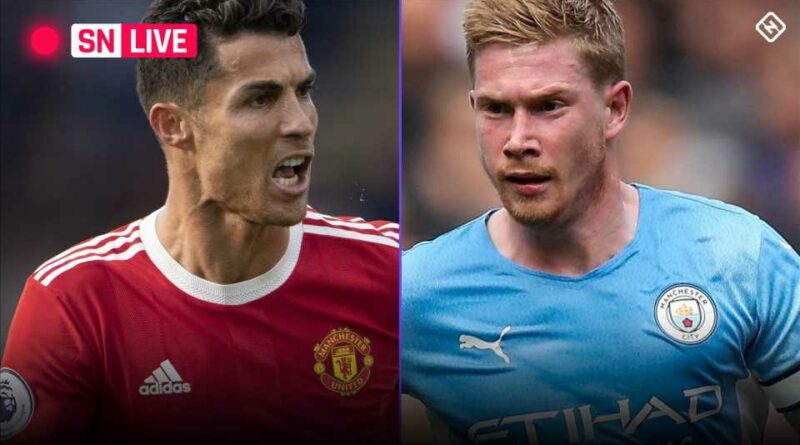 It’s only the 11th match of the 38-game English Premier League season, but Saturday’s Manchester derby has major implications for both teams. Manchester United knows it can catch its intra-city rivals in the standings with a victory, while Manchester City will not want to lose more ground to Chelsea and Liverpool given their impressive runs thus far.

Man United manager Ole Gunnar Solskjaer appears to have saved his job after a 3-0 win at Tottenham Hotspur and a 2-2 Champions League draw at Atalanta . Those results coincided with a shift to a more sturdy 3-5-2 tactical formation, which he had to abandon in Italy due to a forced injury susbstitution. But Cristiano Ronaldo saved the day again with two goals, included a stoppage-time equalizer (9 goals in 11 matches).

It’s been a mixed bag for Man City and Pep Guardiola in recent days. Elimination in the League Cup to West Ham was followed by a shock 2-0 home loss to Crystal Palace in the Premier League, leaving it five points away from leaders Chelsea. However, the team earned a convincing 4-1 midweek win against Club Brugge in the Champions League to get back on track.

While the bookmakers favor Man City entering this season’s first derby, it’s worth noting that Manchester United is undefeated in its last four Premier League matches (3-0-1) against the Citizens dating back to December 2019. And this time the Red Devils have Ronaldo, who was rumored to be in the crosshairs of Man City this past summer.

8:19 a.m.: Interesting observation with both Sancho and Grealish on the bench:

7:11 a.m.: Remember those Ronaldo to Man City reports this past summer?

6:45 a.m.: Much will be made of Ole Gunnar Solskjaer’s stats against Pep Guardiola (4W-3L-1D in eight matches) if Man United manage to stay undefeated for a fifth straight league game:

6:11 a.m.: A few highlights to get the juices flowing in the early morning (if you’re a Red Devils fan):

The two big absences for Man United are the suspendend Paul Pogba and injured Raphael Varane (hamstring), who came out of the match against Atalanta in midweek and is out for a month. Victor Lindelof was doubtful after missing the Atalanta match, but he’s starting in a three-man center back line. Mason Greenwood is the third different forward to pair with Ronaldo this week after Edinson Cavani and Marcus Rashford.

Jack Grealish starts his first Manchester derby on the bench. John Stones gets the start at center back in place of the suspended Aymeric Laporte. Kyle Walker was subbed out in the midweek match against Club Brugge with a knock to his foot, he recovered in time for the match. Forward Ferran Torres is still out with a long-term injury.

The match from Old Trafford will be carried in English (NBCSN) and Spanish (Telemundo, Universo) in the USA.

All three of those channels can be streamed on fuboTV , which offers a free 7-day trial for new users . In Canada, the English Premier League is available exclusively,  live and on-demand, on DAZN . And DAZN offers new customers a 30-day free trial period.

The Champions League rules Liverpool, Tottenham and Man City fans MUST be aware of TONIGHT