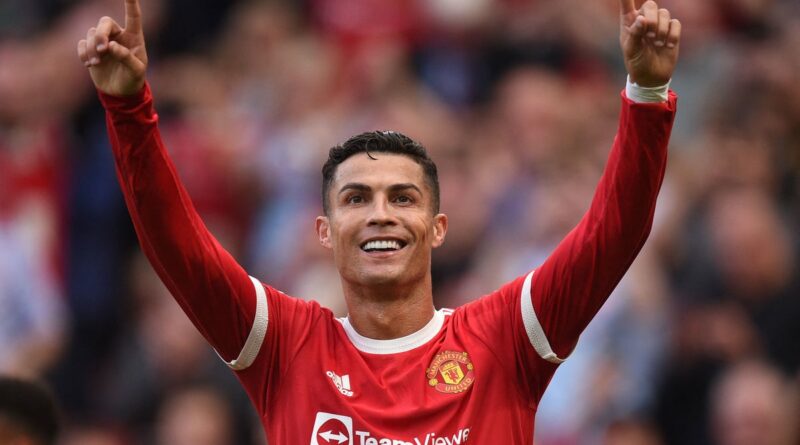 Cristiano Ronaldo scored twice on his Manchester United return as his side beat Newcastle 4-1 at Old Trafford in the Premier League.

The 36-year-old scored his first goal of his second spell at the club on the stroke of half time as he pounced upon a spilled shot from Newcastle goalkeeper Freddie Woodman to convert from two yards.

Newcastle hit back after half time after Javier Manquillo threatened to tear up the script, but Ronaldo scored his second to re-establish United’s lead with a smart finish on his left foot that went through Woodman’s legs.

Bruno Fernandes scored United’s third with a screamer from 25 yards before substitute Jesse Lingard added a fourth late on, as Ronaldo marked his return to English football with a win.

Here are how the players rated at Old Trafford.

Had relatively little to do until having to pick the ball out of the net following Manquillo’s equaliser in the second half. Made a quick reaction save to deny Joelinton.

Was wasteful in possession on a number of occasions – including a poor pass that went straight to Allan Saint-Maximin. Questions persist over his attacking output.

Went close to opening the scoring with a near-post header from a corner and was solid on his Old Trafford debut, although Joelinton caused him trouble cutting in from the left on a couple of occasions.

Left his side exposed when he stepped out of defence and missed his sliding tackle on Miguel Almiron in the build-up to Newcastle’s equaliser.

Controlled the left side of the pitch but was found to be missing in the move that led to Manquillo’s goal after he was beaten by Almiron in the centre of the pitch. Redeemed himself with his run from midfield to set up Ronaldo’s second.

Kept things simple on the ball but had another difficult week attempting to deal with defensive transitions and counter-attacks.

Manchester United’s balance continues to not look to be quite right with Pogba in a midfield two. Had a quiet game and did not take too many risks when in possession. Played a smart pass to Shaw to open up United’s counter-attack for Ronaldo’s second.

Almost got off the mark for United when he drifted in from the left and got a touch onto a shot from Fernandes, in what was a quiet display overall. Only had a couple of opportunities to take on his man and did not have too much joy against Manquillo. Was brought off after the hour but there is plenty more to come.

After a frustrating performance, Fernandes scored a spectacular goal from range to show that remains just as influential to United following Ronaldo’s return to the club. The frustration came after his delivery was rather hit-or-miss in the first half. He showed glimpses of a promising partnership with Ronaldo but made some questionable decisions when on the ball. Ironically, he was not as involved after half-time but produced his stand-out moment of the game when he thrashed a stunning shot past Woodman from 25 yards.

Saw little of the ball until the stroke of half-time, when he cut onto his left foot and fired a shot at goal that was spilled by Woodman and tapped in by Ronaldo. A quiet display following some of his sparkling performances to start the season, but he still made an important contribution to his side.

A dream debut. Threatened early on with a number of shots and half-chances. Provided a flashback to his first spell at the club with a trademark step-over in the box, which led to another attempt at goal. Was in the right place at the right time to tuck home United’s first goal with a poacher’s finish from Woodman’s error. His second goal after half time took the roof off Old Trafford as he broke into the box and finished through Woodman’s legs with a left-foot shot. Two goals and a perfect start on his return to the club. Did anyone expect anything less?

A bright 30-minute showing and a first goal for United in over a year from Lingard demonstrated that he can contribute to Solskjaer’s plans this season.

Made a crucial error when he spilled Greenwood’s shot shortly before half time. Had been assured until then.

Scored Newcastle’s equaliser with an impressive finish at a tight angle. Impressed defensively in his battle with Sancho.

Lost Ronaldo for United’s opener and was then beaten by the Portuguese for his second goal after the break. Was playing out of position and it showed at times.

Made a number of important blocks and clearances for his team and was key to Newcastle’s defensive stand in the first half, which was seconds away from paying off.

Alongside Lascelles was very good in frustrating United early on.

The left back generally did well defensively in his match-up with Greenwood.

Smart and confident in possession

Had Newcastle’s best chance of the first half when he latched onto a loose ball in the United area, but he blasted his effort over the bar. Continued to provide a threat after the break in what was another impressive performance from the 22-year-old.

Made an outstanding break to split the hosts open in the move that led to Newcastle’s goal. Did a lot of defensive work for his team but was composed in possession when he did have the chance to alleviate the pressure on the ball.

In for the influential Callum Wilson, the striker could not replicate the number 9’s attacking threat – although he did trouble the hosts with a couple of cutting runs from the left. Worked hard for his team off the ball.

Newcastle’s brightest player and a constant threat key to his side’s counter-attacks. His end product wasn’t always there but he did play a perfect pass for Manquillo to set up Newcastle’s equaliser.

Manchester United touch down in Barcelona for Champions League clash 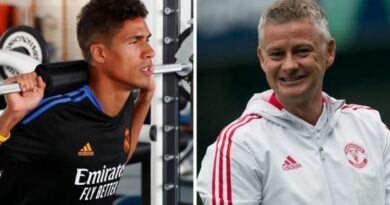 Sterling reveals admiration for Liverpool – and one man in particular