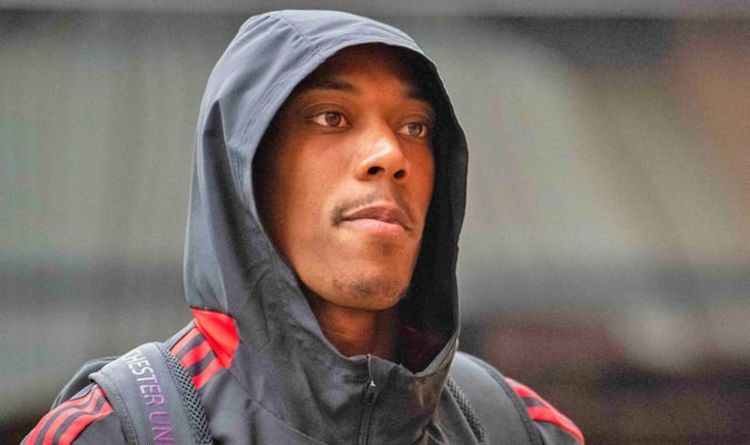 Manchester United will, according to reports, accept a fee of just £30million for Anthony Martial. Given they paid an initial £36m to land the France international in 2015, it’s certainly a sign of the times. Joel Glazer once thought the Frenchman was like Pele – but the player has never come remotely close to living up to such a comparison.

The summer of 2015 was a difficult one for Manchester United.

They decided to send Radamel Falcao back to Monaco after the Colombia international had scored just four goals the previous year under Louis van Gaal.

United also opted to sell Robin van Persie to Fenerbahce, just three years after his goals had propelled them to the Premier League title.

And that left them stuck with an ageing and waning Wayne Rooney to lead their attack.

With United sorely needing a striker, they probed several options as the clock ticked down.

It wasn’t until deadline day they then announced the signing of Martial, a relative unknown at Monaco at the time, with Van Gaal delighted with his business.

Immediately, the Frenchman made an impact.

Martial scored on his debut against Liverpool, majestically weaving through the Reds’ attack to score the final goal in a 3-1 win.

And he then followed that up with a brilliant brace against Southampton, immediately announcing himself to fans in the process.

Now, however, United are ready to let the forward go.

Martial has had some good moments over the course of his time at Old Trafford. In his first season, he was their top scorer with 17 goals across all competitions.

He managed to better that tally in the 2019/2020 campaign, netting 23 times under Ole Gunnar Solskjaer.

Yet the truth is that, with eight goals since the beginning of last season, Martial has never become the player many thought he’d be.

The striker, on his day, can be unplayable. With pace and potency, he’ll always be a threat for opposing teams.

But Martial has been a shadow of himself for some time, now. And all signs are currently pointing a parting of the ways.

According to The Mirror, United want £30m for the forward. Given they paid £36m to sign him nearly seven years ago, that speaks volumes.

When United signed Martial, they were willing to pay an overall fee of £50m such was their belief he’d come good.

Clauses were put into his contract to ensure that, if he produced in front of goal, Monaco would bank even more money.

But that hasn’t happened, with the striker looking increasingly subdued by the game.

Martial no longer has just Edinson Cavani to battle for the No 9 role. Cristiano Ronaldo’s return has, obviously, posed another problem.

Yet the fact of the matter is that Ronaldo, Cavani and even Mason Greenwood are better options up top.

One club to have been linked with Martial is Barcelona, who need a striker to replace Sergio Aguero.

Juventus are also apparently interested, while Lyon could try and bring their old academy graduate back if the terms are right.

And it was perhaps telling that Ralf Rangnick chose to be firm when speaking about Martial recently, suggesting he paid little care or attention to what the player’s agent had said.

And Rangnick definitely didn’t seem overly concerned about the player’s future when publicly quizzed on the matter.

“I don’t communicate with agents via the media and press,” Rangnick said. “The player hasn’t spoken with me or us about it.”

He then added: To be honest, what his agent says via the media is not of that much interest to me.”

Martial was once United’s golden boy.

Yet this experiment to get the best from him has gone on for too long and a January move away would suit all parties.

Haaland is confident that Jadon Sancho will stay at Borussia Dortmund

EFL: Zero positive coronavirus tests in latest round of testing