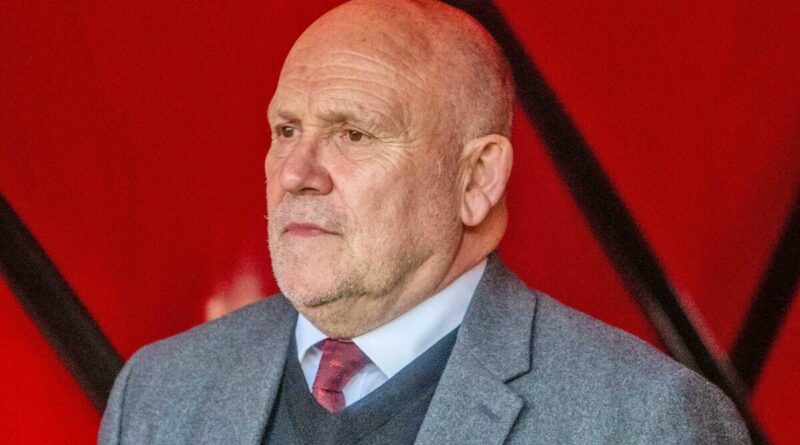 Manchester United coach Mike Phelan’s future at the club is currently uncertain, reports say. The 59-year-old worked under Sir Alex Ferguson during the Scot’s glittering spell before returning when Ole Gunnar Solskjaer replaced Jose Mourinho. Having been marginalised by Ralf Rangnick, however, it’s unclear what the future holds as Erik ten Hag prepares to take charge.

Manchester United will be revamping their backroom staff when Ten Hag gets started at Old Trafford.

Chris Armas and Ewan Sharp are primed to leave, with the duo only given short-term contracts when Rangnick was appointed as interim boss earlier in the season.

Steve McClaren and Mitchell van der Gaag are then set to come in, with the duo previously working with Ten Hag at FC Twente and Ajax respectively.

With that being the case, The Athletic say it’s unclear what the future holds for Phelan.

However, it is stated the former Ferguson and Solskjaer assistant will stay to ‘add another layer of experience’ to their coaching set-up.

It’s acknowledged that Phelan has become a marginalised figure at the club since Solskjaer’s sacking, which took place in November after a chastening 4-1 defeat to Watford at Vicarage Road.

But with United previously urging Ten Hag to consider having the former Hull boss as his assistant, it’ll be interesting to see what happens.

Eric Ramsay is set to stay, the publication adds.

Ramsay joined from Chelsea a year ago as a first team coach having previously worked with the Blues’ Under-23s team.

And Ten Hag, it seems, is more than happy for the United man to stay at Old Trafford as he looks to build a dynasty.

More personnel changes are expected on the field as well as United look to win a first Premier League title since 2013.

A new back-up goalkeeper is likely to be targeted if, as expected, Dean Henderson leaves the club in this summer’s transfer window.

In midfield, the Red Devils are primed to lose the likes of Paul Pogba, Nemanja Matic, Juan Mata and Jesse Lingard.

So that’s an area that will need investment amid transfer links to Declan Rice, Ruben Neves, Frenkie de Jong and Kalvin Phillips.

And, up top, the Red Devils know they need a young forward to ease the goalscoring burden on Cristiano Ronaldo.

It’s going to be a massive summer of change for United, especially given their troublesome campaign under Rangnick and Solskjaer.

And whether Phelan is around come the start of the new season and the Ten Hag era is something only time will tell.

And he thinks the 52-year-old has the credentials to succeed at the Theatre of Dreams, saying: “He’s really top notch.

“It’s not an easy job, of course, but he doesn’t run away from it either.

“He takes up the challenge. I have faith in him.

“He must have the board behind him, just like Overmars and Edwin [van der Sar] were always behind him. Whatever happened.”

And Blind opened up on his own departure from United in 2018 by saying: “I was a bit dubious at United. I could stay, but it was a bit hopeless in the second year under Mourinho.

“I wanted something different and I wanted to play. I preferred to go home.

“I was also a bit tired of travelling. We had to stay in a hotel for every match and I was kind of done with that.”

Premier League transfer news: Which five deals could go through in the summer?