Barcelona are determined to sell Antoine Griezmann this summer. With the La Liga giants’ finances looking bleak, they reportedly want to jettison the France international so they can balance the books. And Manchester United can be forgiven for feeling relieved they didn’t land the player after holding talks with Atletico Madrid back in 2016.

At the time, Griezmann was strutting his stuff for Atletico.

The France international had come close to firing France to Euro 2016 glory the previous summer but returned to Spain determined to prove he could cut it at club level, too.

It took mere months for Griezmann to show he was on an upwards trajectory, a path towards becoming one of the best players on the planet.

And The Sun reported in December 2016 that United had started talks with the player’s entourage about a potential move to Old Trafford, with Jose Mourinho impressed.

Mourinho, at the time, felt his side needed more stardust.

Though he’d signed Paul Pogba, he quickly believed Henrikh Mkhitaryan wasn’t up to standards. As a result, he implored Ed Woodward and the Red Devils hierarchy to recruit an attacking, Galactico No 10.

Griezmann fit the bill but, in the end, that didn’t happen.

United did their homework on the forward and pressed ahead with plans to sign him the following summer, shortly after Mourinho had steered them to the Europa League trophy.

The veteran then flirted with a move to Old Trafford, saying there was a ‘six out of 10’ chance he’d make the move to the Premier League with Mourinho’s team.

However, ultimately, everything collapsed.

Griezmann decided to stay at Atletico Madrid after the club were slapped with a transfer ban, deciding it would be a double kick in the teeth if he was to depart.

And he’d go on to join Barcelona in the summer transfer window of 2019, moving to Catalonia in a massive £108million deal.

But now, two years on, and the La Liga giants are looking to cut him loose.

Barcelona have been hit so hard by the pandemic they’re unable to register new signings such as Memphis Depay, Sergio Aguero and Eric Garcia.

They need to get players off the wage bill to fall in line with official La Liga rules, with pretty much everybody at the club up for sale.

Barcelona are also hoping to keep hold of Lionel Messi but, with the Argentina international now technically a free agent, are unable to register him too.

And offloading Griezmann is seen as one of the most feasible ways for the club to do that.

Big things were expected of the World Cup winner when he moved to the Nou Camp, with Barcelona choosing to land the France international instead of Neymar.

But the brutal fact of the matter is the 30-year-old has never come remotely close to living up to both expectations and his massive price tag.

He’s scored a modest, but unremarkable, 35 goals from 99 matches since his move.

And Griezmann has failed to deliver the Champions League trophy, the club Barcelona crave the most, making him a substantial flop instead of a hit.

Chelsea have already been linked with Griezmann amid uncertainty over his Nou Camp future, with the Blues seeking more attacking firepower as they look to win the Premier League title next time out.

Yet whether United choose to reignite their interest remains to be seen.

Yet with Griezmann on the market, there could yet be a twist in the story.

His name has long been synonymous with United when it comes to previous transfer windows. Barcelona will be hoping that, this year, the Red Devils choose to sound them out like they did with Atletico nearly five years ago.

If not, then disaster may truly loom. 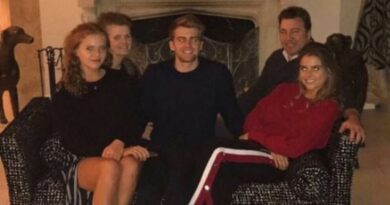