Home » Soccer » Mancini’s redemption: From superstitions, spats and meatball madness at City, to success with Italy 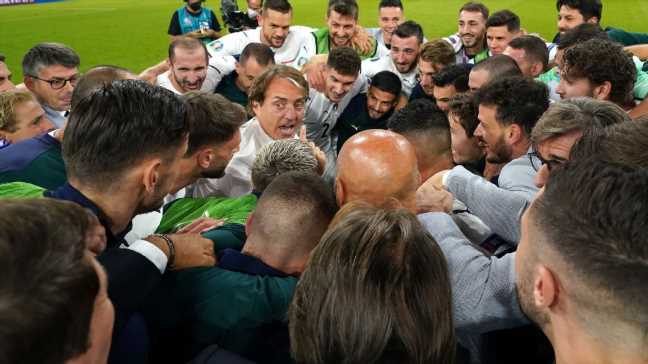 For Roberto Mancini, the road to redemption is promising to end where it all began. If Italy beat England in the Euro 2020 final on Sunday, the Azzurri coach will experience the highlight of his managerial career on the same touchline as he endured his nadir.

In May 2013, Mancini was sacked as Manchester City manager after seeing his team lose to relegated Wigan Athletic in the FA Cup final at Wembley. Eight years on, after taking a circuitous route back to the top, the 56-year-old has the opportunity to emerge from the same stadium as a European champion after overseeing Italy’s remarkable revival as a major force since taking charge in the wake of the team’s failure to qualify for the 2018 World Cup.

But while Mancini has transformed Italy since succeeding Gian Piero Ventura three years ago, he has also reinvented himself after a series of fallouts with players, staff and senior management at City prompted his sacking at the Etihad, a year to the day after guiding the club to its first league title in 44 years.

Sources at City have told ESPN that Mancini was “challenging,” “difficult” and a “chameleon” during his four-year spell in charge at the club and that, while he charmed the media and supporters with his public persona, his demeanour behind the scenes was that of a confrontational and tempestuous “diva” who lost the backing of influential players.

Yet at Euro 2020, the only noises emanating out of the Italy camp about Mancini are positive. Both Marco Verratti and Federico Bernardeschi have credited the former Inter Milan coach with bringing “enthusiasm” back to the national team, while defender Leonardo Bonucci said: “He is a top manager when it comes to easing the pressure off of the players and bringing enthusiasm and light-heartedness to the squad. This allows us to have a lot of confidence.”

Mancini’s decision to canvass the opinions of senior players such as Bonucci and Giorgio Chiellini is another pointer toward his evolution from the hardline manager who brought success, and acrimony, to City into the more collegial coach who is now one win away from Italy’s first European title since 1968.

Winning at Wembley, eight years after the Wigan loss, will square the circle for Mancini, after seeing his reputation tarnished by his departure from City.

Despite winning an FA Cup and Premier League at the Etihad, he has not come close to a job in English football since — he even enrolled his daughter at a finishing school in London at one stage in the hope that an offer would come along — and he only ended up in the Italy job when no other credible candidate came forward.

Unsuccessful spells in charge of Galatasaray and Zenit St Petersburg, either side of a fruitless two-year spell back at Inter, hinted at Mancini’s career drifting away in the wilderness, but Euro 2020 has made him a coaching star again.

So how did it go so wrong at City after such initial success, and why has it taken so long for Mancini to get back to the top?

According to those who worked with him at City, Mancini’s eccentricities, superstitions and demands of the club ultimately led to his sacking and his meandering journey back to prominence.

“Roberto was certainly highly strung,” one former City colleague said. “He brought success to the club and signed some of the best players City have ever had, but by the end, he had just fallen out with too many people and made too many enemies.”

There were high-profile, public spats with Carlos Tevez and Mario Balotelli — “Carlos f—ing hated Mancini,” one source told ESPN — while his indulgence of Balotelli angered many senior players who were exasperated by the player’s continual failure to deliver. Despite being photographed fighting with Balotelli on the training ground, Mancini still gave the forward countless chances to redeem himself when his teammates had long given up on him.

Star players such as Samir Nasri, Vincent Kompany and Joe Hart bore the brunt of public criticism, while Mancini nicknamed injury-hit defender Micah Richards “Swarovski” because he was “fragile like crystal.”

Mancini also thought nothing of criticising the City hierarchy in the media, questioning the competence of then-director of football Brian Marwood for failing to sign Robin van Persie from Arsenal following the 2012 title win. Van Persie signed with Manchester United instead, and his goals subsequently delivered the title to Old Trafford a year later.

Mancini’s superstitions also raised question marks over his approach to the job and whether they were becoming too much of a distraction.

“Roberto had a superstition for everything,” a City source said. “He didn’t want anything purple in the club, he would insist on using a tiny cabin for press conferences, rather than a big marquee, because he felt it was lucky — he even insisted that an FA Cup semifinal news conference was held in the cabin, despite it being really hot outside.

“There was one occasion when he insisted that the players ate meatballs on the flight back from a Champions League game against Real Madrid because that’s what they had after the last European game before winning the next league match.

“We spent a day and a half in Madrid, trying to find some meatballs for the flight home. When we were told we couldn’t just order a la carte for an in-flight meal, Roberto suggested making a big vat of meatballs and giving it to the players to carry on the plane. I don’t think he got his way with that one.”

On another occasion, after a Europa League game against Juventus in Turin, Mancini refused to fly back to Manchester immediately after the game because of the sub-zero temperatures and concerns over ice on the wings. The flight was postponed until the following morning, forcing players and staff to check back into their hotel at 1 a.m.

But although Mancini could rage at staff and players behind the scenes, he was a smiling, joking presence with the media. He would deliver espressos to journalists at his press briefings and take the Manchester press pack for lunch at Cicchetti, a favourite Italian restaurant in the city.

And the City fans adored him for wearing a blue-and-white scarf on the touchline and being the first club manager to possess the attitude and confidence to engage in verbal battles with Sir Alex Ferguson at United.

Mancini knew how to play the PR game, but it wasn’t always as it seemed. He would often cycle to the club’s training ground, knowing that the photographers would be waiting en route, but club staff would reveal that he had a driver following him along the way in case of rain or if he simply wanted to cut short the ruse on some occasions.

He was also perceptive about his lifespan as City manager. His abrasive style was what the club needed to accelerate its development into winners in the early years after the 2008 Abu Dhabi takeover, but he knew it could only last for so long.

When asked about his excitement about the club’s plans for a new world-class training ground, he didn’t expect to set foot in it. “There’s no point asking me which plants I want to put in my office,” he said. “It won’t be my office when it opens.”

Mancini’s success with Italy suggests he may yet land another Premier League job after all, though. The Italians are unbeaten in 33 games heading into Sunday’s final — a sequence dating back to September 2018 — and he has unquestionably breathed new life into one of the game’s great football nations.

His future with Italy appears secure for the long-term following the signing of a new contract in May which ties him to the job until after the 2026 World Cup, but he will be in big demand in the club game once again following Euro 2020.

The immediate concern for Mancini, though, is winning on Sunday. Nothing else can possibly matter right now. But if the Italians turn up late for the game, don’t worry.

“When City beat United in the FA Cup semifinal at Wembley in 2011, the team bus took a route to the stadium that was against the advice of the police,” a City source told ESPN. “But because we won that day, Roberto insisted that we went the same way to Wembley for the final against Stoke, even though the police made it clear that we would not be given an escort to the ground.

“Roberto stuck to his guns and the bus followed the same route as previously — and we hit traffic, got delayed and turned up at Wembley less than an hour before kick-off. The players didn’t even have time to take a walk on the pitch before the game. But we won the FA Cup that day, so Roberto will still say that he was right.” 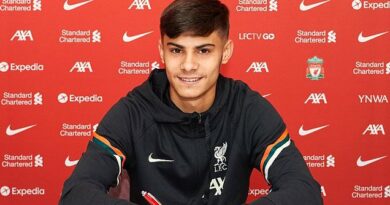 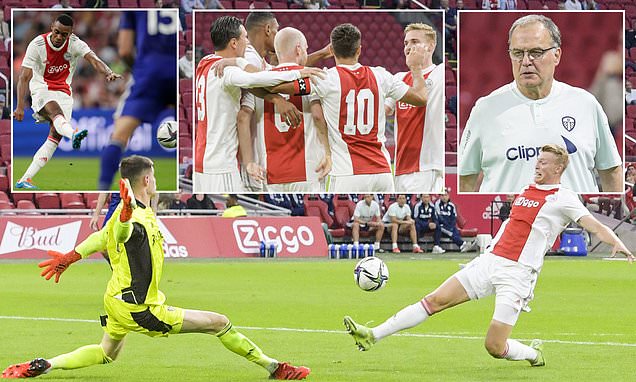 Leeds United are thrashed by Ajax twice in a DAY 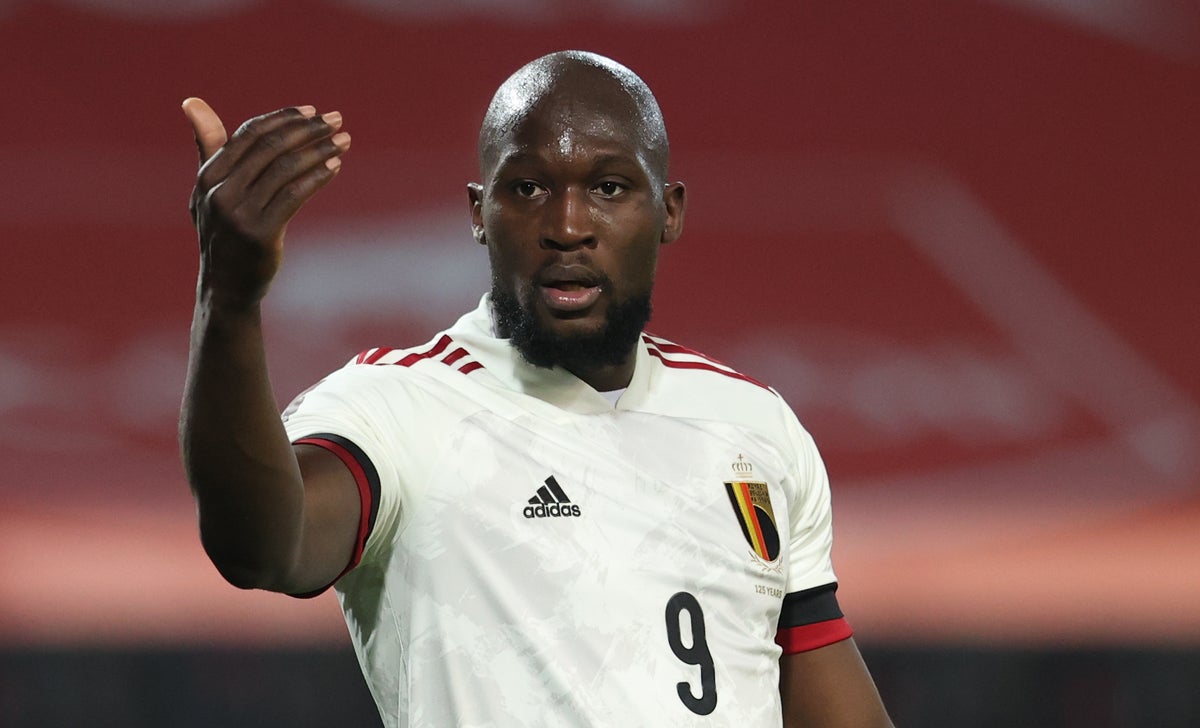