Marcelo has reportedly told Real Madrid that he wants to join Cristiano Ronaldo at Juventus in January.

A key cog in the Spanish giants’ European success over the past three seasons, the left-back has forged a reputation as one of the finest left-backs in the world game.

But after close friend Ronaldo’s move to Juventus over the summer and Real’s poor start to the new season, Italian outlet Tuttosport claims that the Brazilian has already informed Real president Florentino Perez of his intention to swap Madrid for Turin during the January window. 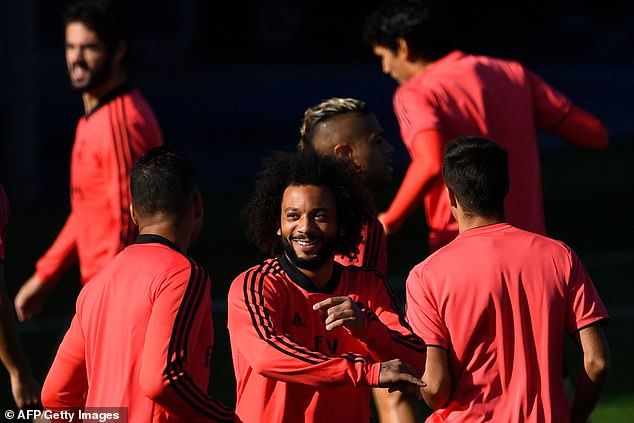 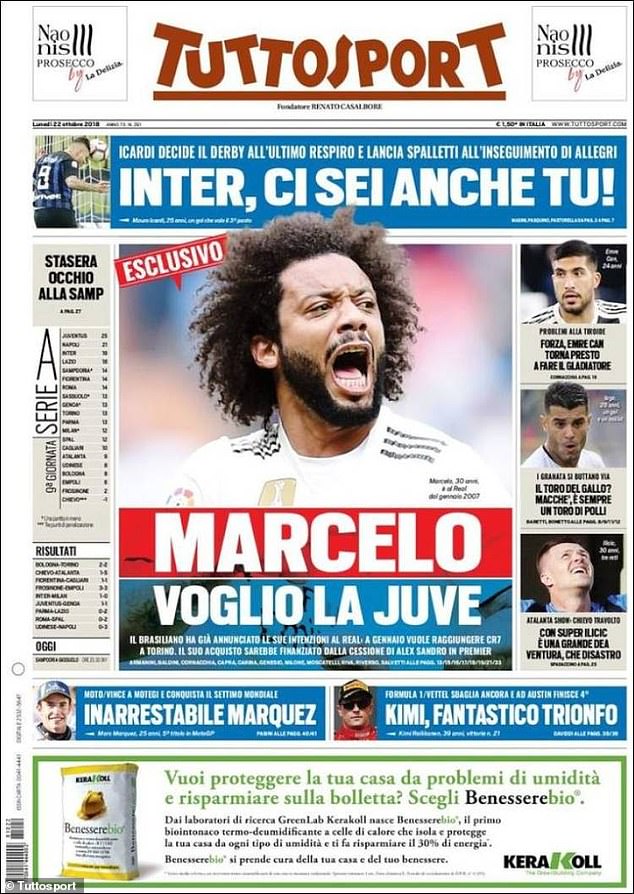 According to Tuttosport, the news was not well received by Perez, who values Marcelo’s status within the squad and knows the struggling Real team cannot withstand any more high-profile departures.

However, Real now face the prospect of keeping an unhappy player effectively against his will if they choose not to sanction the deal.

Former team-mates at Real, Marcelo and Ronaldo are said to be in constant contact, with the Portuguese speaking glowingly about his experience in Italy.

In the absence of their talisman, Real have struggled under new manager Julen Lopetegui, going four games without scoring a goal. 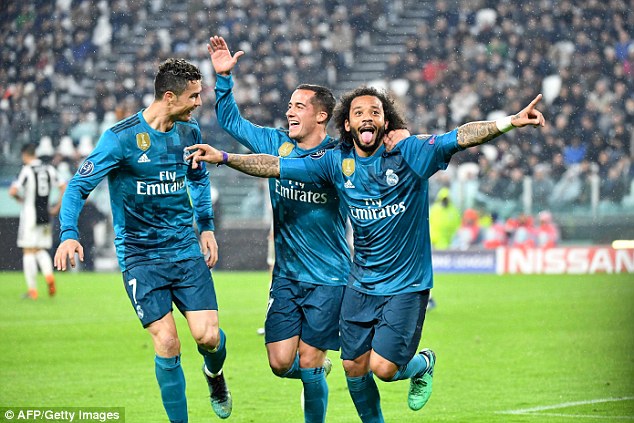 Saturday’s shock home defeat to Levante heaped further pressure on ex-Spain boss Lopetegui, who now faces question marks over his position at the club in some quarters.

Real are currently seventh in the table behind the likes of Alaves and Real Valladolid.

Marcelo has featured eight times for them so far this season in all competitions, scoring in the loss against Levante and assisting another goal in the 3-0 Champions League win over Roma last month.

The Brazilian and his team-mates will hope to relieve some of the pressure on the under fire Lopetegui by beating Bulgarian side Viktoria Plzen on Tuesday evening. 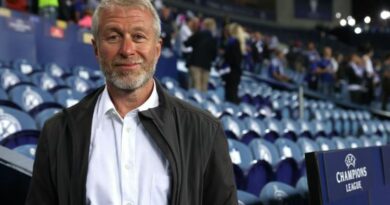