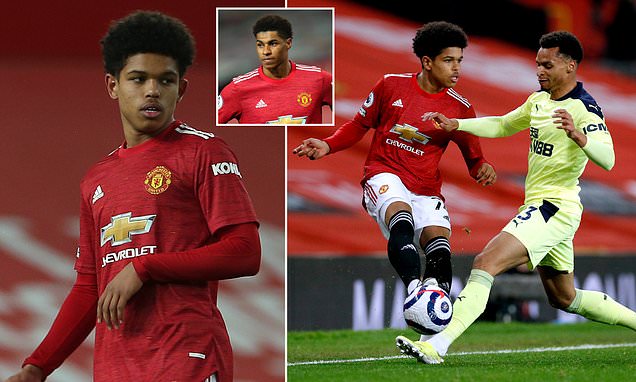 17-year-old Shola Shoretire made his debut for Manchester United on Sunday, coming on in the final moments of their 3-1 win over Newcastle.

After the game, Marcus Rashford sung his praises to MUTV, and expects Shoretire to ‘show his quality’ for the club in the future.

‘He’s even younger than I was,’ said Rashford. ‘It’s a top moment when a young player makes his debut, they kick on from that, and hopefully we see the same from him.’ 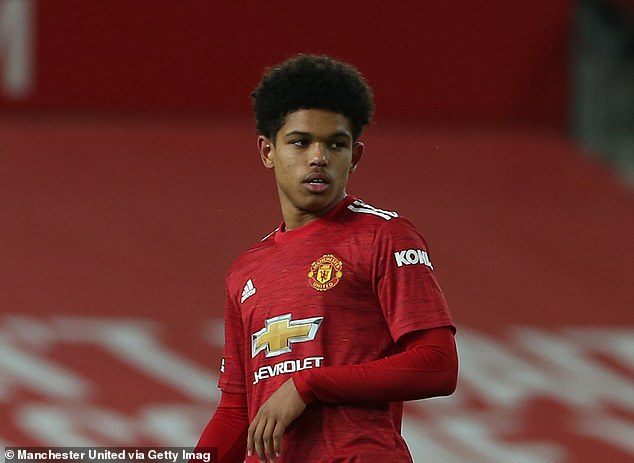 Shoretire, who grew up in the North East and followed in the footsteps of Alan Shearer and Peter Beardsley by playing for Wallsend Boys Club, actually names Rashford as one of his role models.

United snapped him up at the age of 10, and has been playing up in age-group level since his arrival.

He became the youngest-ever player to appear in the UEFA Youth League when he came off the bench as a 14-year-old against Valencia. 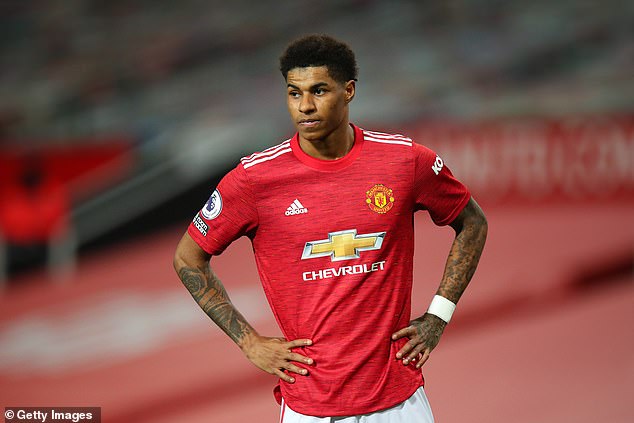 One of his idols, Marcus Rashford, has backed the youngster to ‘kick on’ after this debut

‘He’s got a lot of quality,’ said Rashford. ‘The more often he trains with us and plays with us he’s going to feel relaxes and can show his quality on the pitch.

‘In the academy they always emphasise following in footsteps. It’s something I always took great acknowledgement of when I was a youngster wanting to get in the first team.

‘It’s a cycle, and hopefully the younger ones now will see him playing and they will kick on.’ 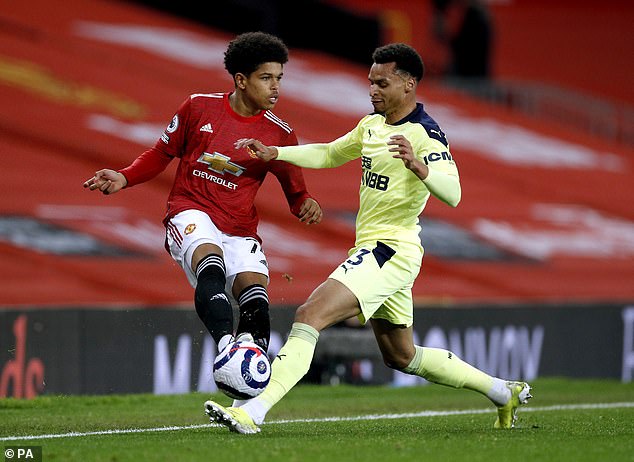 Shoretire is just 17-years-old, but has impressed during his time at the United academy

Shoretire plays predominantly as a winger but can feature anywhere across the front line, including the number 10 position.

He’s got good skills and an eye for a pass, and has been described as one of the better players in the under-23 side, despite his age.

He didn’t have much of a chance to feature against Newcastle, but United fans will be hoping he can emulate Rashford’s success in the red shirt in coming years.

Speaking in December, United coach Neil Wood said he felt the then-16-year-old was already becoming one of the best players in his U23 squad.

‘What impresses me the most is he is a very technical player,’ Wood said about Shoretire after a 2-2 draw with Manchester City U23s.

‘Shola has always played up a year through his whole academy career. I can’t remember him ever playing his own age group. He has always been stretched. 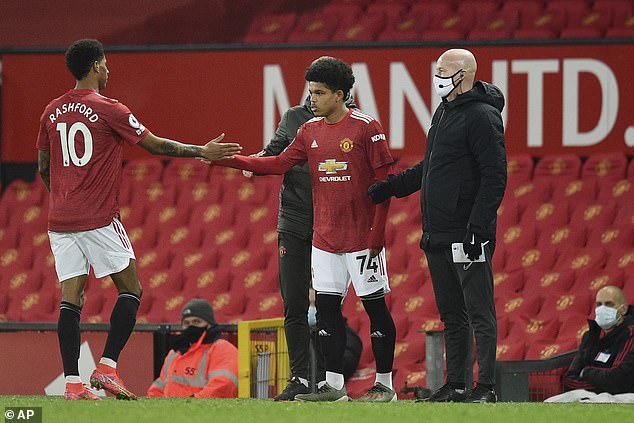 ‘He is very mature for his age, the way he plays, he does a lot of work, takes a lot of positions up, and he has played a lot of roles. He’s played No 9, he’s played left, he’s played on the right, he’s played 10 and whatever you ask him to do – on and off the ball – he is going to do it. You can trust him to do that job.

‘He is very young, and doing excellent for the age of him. I am not expecting him to be man of the match or [a] main figure of the team, because he is so young, but he’s not going on that pitch and drowning or anything. He has probably been one of our most consistent outstanding performers throughout the season.’