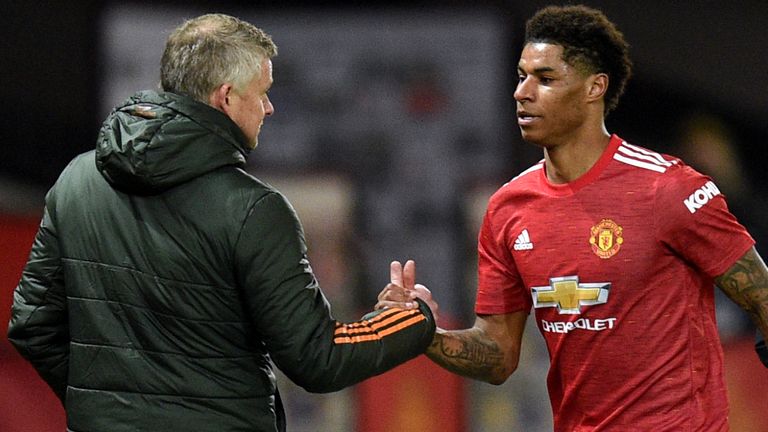 Ole Gunnar Solskjaer says he has no doubt Marcus Rashford will continue to put himself forward for penalties after he missed from the spot in England’s shootout defeat in the Euro 2020 final.

Rashford, along with Jadon Sancho and Bukayo Saka, failed to score his spot-kick as England were beaten by Italy following a 1-1 draw at Wembley.

However, the 23-year-old has scored some notable penalties for Manchester United, none more so than his stoppage-time effort away to Paris Saint-Germain in 2019 that sealed a dramatic 3-1 win and progress to the Champions League quarter-finals.

Rashford was also successful from the spot in United’s Europa League final shootout against Villarreal in May, and Solskjaer told the club’s website: “When you step up to take a penalty, I think you’ve already won.

“You’ve taken on the responsibility and I’m sure many of the players are hoping, ‘I don’t want to take a penalty’. So I think it’s a great character trait to step up and say, ‘I will deal with it, [and] the consequences’.

“You might be the hero or the one who misses. That’s football. You learn from it and definitely come back stronger.

“I’ve not seen many people, at this club anyway, who lay down and say, ‘I’ll not take a penalty anymore’. I know Marcus is going to put his hand up and say he wants to take one for us.”

Along with Saka and Sancho, Rashford was racially abused on social media following England’s defeat, while a mural in the Manchester suburb of Withington dedicated to him was defaced.

In response, Rashford took to Twitter to say: “I can take critique of my performance all day long. My penalty was not good enough, it should have gone in, but I will never apologise for who I am and where I came from.”

Supporters of the forward, who has been a vocal and prominent campaigner in the fight against child poverty, also covered the mural with messages of support – something that Rashford said left him “on the verge of tears.”

“I’ve had a difficult season, I think that’s been clear for everyone to see, and I probably went into that final with a lack of confidence.

“I’ve always backed myself for a penalty, but something didn’t feel quite right. During the long run-up I was saving myself a bit of time and unfortunately the result was not what I wanted.

“I felt as though I had let my team-mates down. I felt as if I’d let everyone down. A penalty was all I’d been asked to contribute for the team. I can score penalties in my sleep, so why not that one?

“It’s been playing in my head over and over since I struck the ball and there’s probably not a word to quite describe how it feels.

“Final. 55 years. 1 penalty. History. All I can say is sorry. I wish it had gone differently.”

Ole ‘so pleased’ for Shaw

Despite England’s defeat to Italy on Sunday, one player who will be able to look back on England’s first major final for 55 years with some positive memories is Luke Shaw. 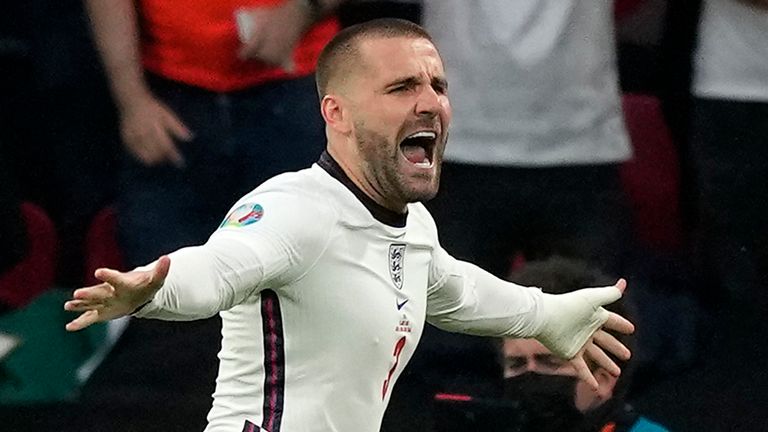 The left-back opened the scoring for England after just two minutes with his first goal for his country, adding to the three assists he had already registered during the tournament.

Solskjaer said he was “so happy” for Shaw, before joking: “I was watching it and… ‘what’s just happened?’

“He started the attack and we’ve encouraged him to get into the last third. We know how technically gifted he is and skilful he is and he hit the ball very, very sweetly.

“Luke deserves all the luck he can get. He’s had a tremendous couple of years with us.” 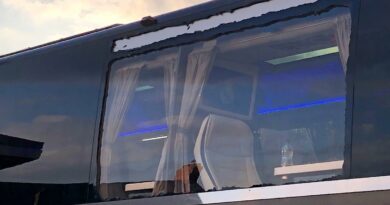 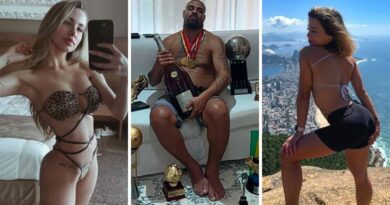