Home » Soccer » Mario Gotze picks best manager he played for out of Klopp, Guardiola and Tuchel 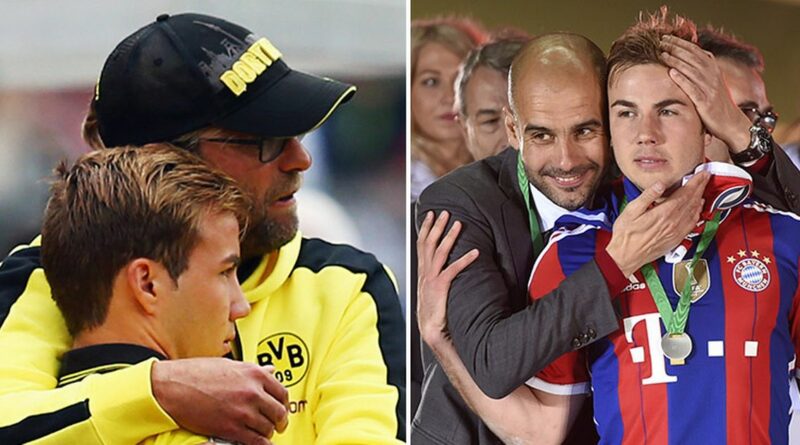 Mario Gotze had the fortune to play under three of the the best managers in world football during his time with both Borussia Dortmund and Bayern Munich – but he thinks one stands above the rest.

Germany's 2014 World Cup final hero broke through under Jurgen Klopp at Dortmund back in 2009, going on to win two Bundesliga titles under his tutelage before pushing through a move to rivals Bayern.

At Bayern he made 114 appearances under Pep Guardiola where he would win three consecutive league titles and three domestic cups – then rejoining Dortmund where he briefly played under Thomas Tuchel.

"Every coach had his strengths and his own philosophy, but from my point of view Jurgen (Klopp) did it best in the area of people management – the team, the staff, the whole club led the best," Gotze has now revealed to BILD.

The 30-year-old, who has recently joined Eintracht Frankfurt after rebuilding his career with PSV Eindhoven, even goes on to discuss how he wished he joined his favourite boss at Liverpool.

Gotze rejoined Dortmund on a four-year contract back in 2016 after his influence at Bayern dwindled – but now wished he went to Anfield instead.

Who is the best manager in world football right now? Give us your thoughts in the comments section

He says: "Liverpool had finished eighth in the first season with Jurgen and had not qualified for the Champions League. Even in the years before, this was not the club that always played at the top. I came from Bavaria and had this claim."

Adding: "Dortmund had previously played a top season under Thomas Tuchel. BVB was on top. Jurgen was still in the process of building something.

"In retrospect, you have to say: Liverpool would have been better."

With Klopp going on to win the Champions League, Premier League, EFL Cup and FA Cup with Liverpool, Guardiola has dominated domestic proceedings.

His Manchester City team have won four of the last five Premier League titles and look stronger than ever having brought in Erling Haaland of Dortmund fame.

Tuchel, who won the DFB-Cup with Gotze three days before he was dismissed, has gone on to win two Ligue 1 titles with PSG and later the Champions League with Chelsea.

SECRET SCOUT: Blackburn's Luke Brennan should thrive out on loan