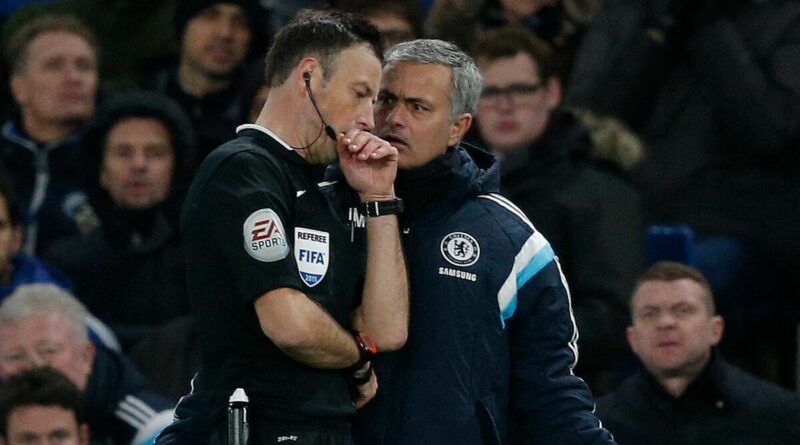 Mark Clattenburg has revealed that he was once left so livid with Jose Mourinho that he threw his boots at the then-Manchester United boss. Clattenburg was taking charge of a clash between United and Stoke at the Britannia Stadium when he clashed with Mourinho after the game.

The Portuguese boss was attempting to make a complaint about Clattenburg’s performance in the game. And the Englishman has now disclosed that Mourinho’s complaints left him furious.

“When Jose Mourinho first came to the Premier League he was a real character. We all know about the ‘Special One’ claims, but he really was a breath of fresh air with a new style of management,” Clattenburg said.

“It was all a conspiracy; a game. I remember the one time I lost it with him. It was one of my last matches, I was at Stoke who were playing United. I’d had a good game, especially because Stoke was always such a difficult place to go and referee. Not because of the fans; they were incredible. It was just always so windy and cold up there.

“I remember coming off at the end of the game, I think Wayne Rooney had just become United’s record goalscorer in the last minute. The game finished 1-1, it was a really good match and I knew I’d got everything right. I was happy with my performance when I got back into the dressing room, especially because Stoke v Man United is not an easy game to manage.

“But Jose comes into the dressing room and makes another complaint against me. I just lost it and threw my boot towards the wall in his direction – missing him of course. I just thought ‘do you know what? I’m sick of these mind games. I’m sick of the rubbish that goes on’.”

Mourinho would leave United at the end of 2018, while Clattenburg departed the Premier League a year earlier. He then had stints in Saudi Arabia and China, before retiring to become a refereeing punditry expert.