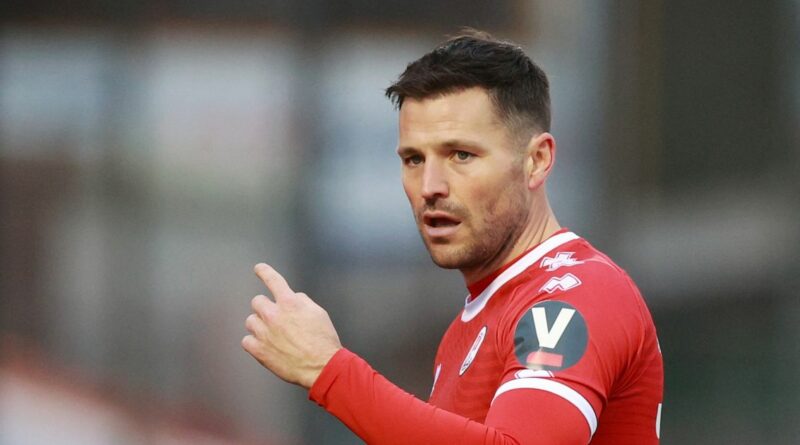 The 33-year-old TV personality came on in the dying minutes of League Two Crawley's 3-0 FA Cup upset over Premier League side Leeds on Sunday.

Wright has only recently been signed on a professional contract by Crawley, who he was on the books for as a youngster before finding fame in hit TV show The Only Way Is Essex.

And after finally achieving his dream of making it as a footballer, Wright took to social media to express his gratitude to all those who had supported his journey.

"A day I will never forget!!️ Today at 33, after much hard work and hours of extra training to make it possible, even if it was for a few minutes, I made my professional debut against the giants Leeds United," Wright said.

"To make it even more special my brother and best pal also made his debut for @officialcrawleytown today, to do this with him will be a moment how [sic] whole family will cherish forever.

"However most importantly, the boys that started that game were absolutely incredible, they beat a very strong Leeds United team 3-0 and every single one of them were sensational. I’m very proud to call myself a Crawley player.

"Thank you for all your support x."

Wright has played for Crawley previously, but during a loan spell when the club were in the National League amid a decent stint in non-league.

He turned his back on football after the overnight success of TOWIE, before later embarking on a career in TV and radio.

But the itch to get back on the field never went away, with Soccer Aid regular Wright finally taking the decision to don his boots again for one last crack at making it as a pro.

“Mark has been training with us the last couple of months and really impressed everybody in training," Crawley boss John Yems said when signing Wright.

“It’s taken us thirteen years to sign him back and he’s finally returned to Crawley, hopefully he can carry on from where he left off and I am pleased to have him back with his experience on and off the pitch, Mark is a great role model for players in the future.”

As Wright mentioned, his brother, Josh – who is already a professional player – also played in the fixture, having signed for Crawley in January as well.

Mark also posted an image on his Instagram story of him in the changing room with teammate Max Watters after the game, along with the caption: "Next round of the FA Cup! Let's go."

Crawley will discover who they will play in the fourth round when the draw is made on Monday night, with Wright facing the possibility of meeting the likes of Liverpool, Man Utd or Arsenal in the next stage.

Marcos Alonso reveals Frank Lampard will give him freedom to attack