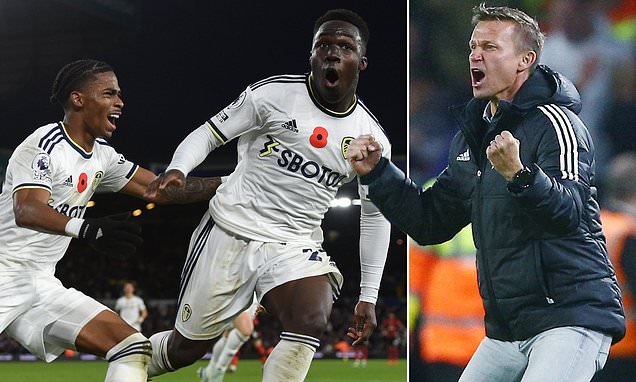 ‘I keep hearing Leeds always do it the hard way. I’m HATING that really but trying to stay strong and positive’: Manic Jesse Marsch goes from catcalls to tactical genius in 45 minutes as his side come from behind to beat Bournemouth 4-3 in epic

Jesse Marsch will wake up on his 49th birthday tomorrow and look in the mirror at a man who probably feels a lot older now.

Watching a manic Marsch launching into fist pumps and chest bumps on the touchline after Leeds United’s late winners against Liverpool and Bournemouth, it would be easy to think the American is enjoying living on the edge. He is not.

When Marsch spoke after this quite bonkers win, he sounded like the reluctant ringmaster of a circus who would dearly like to bring a little more sanity to his working environment. 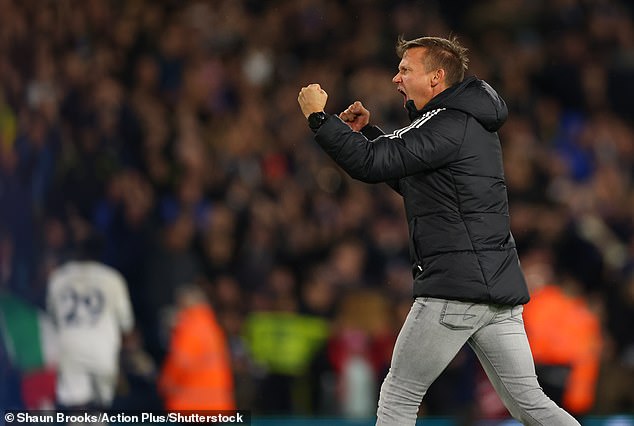 ‘It’s hard to put into words and describe exactly what happened,’ said Marsch, looking drained after Crysencio Summerville’s second winner in the space of a week.

‘I keep hearing Leeds always do it the hard way. I’m hating that really but trying to stay strong and positive.’

Marsch will spend his birthday preparing for Wednesday’s Carabao Cup tie at Wolves, and then faces one more game at Tottenham on Saturday before he can go and sit in a darkened room until after the World Cup.

It has been an emotional rollercoaster: a 3-2 defeat to Fulham in Leeds’ previous home game followed by the 2-1 win at Anfield and then this seven-goal ding-dong at a raucous Elland Road. 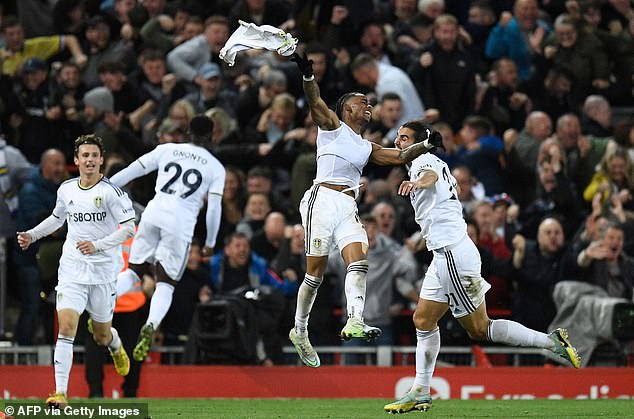 Summerville has scored late goals in all three games. When he thumped home the winner here, six minutes from the end of normal time, white-shirted bodies were strewn over the pitch amid the celebrations as fireworks went off overhead.

‘It was like against Liverpool,’ said the young Dutchman.

‘I don’t know what it is about me and late winners, but it was an important one.’

Booed off at half-time, Leeds were lauded from the pitch at the end as comeback kings. Marsch had gone from a manager under renewed pressure to a tactical genius.

The introductions of young substitutes Sam Greenwood and Willy Gnonto turned the game after Bournemouth bounced back from conceding an early Rodrigo penalty to lead through Marcus Tavernier and Philip Billing. 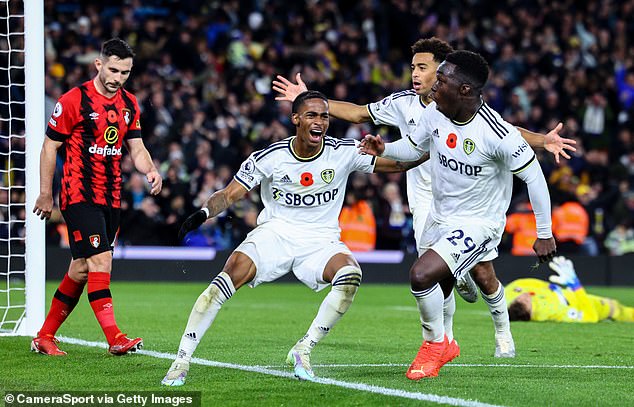 Dominic Solanke made it 3-1 after the interval but Greenwood pulled one back with a sublime effort and then crossed for captain Liam Cooper to head the equaliser. Elland Road went wild when Gnonto celebrated his 19th birthday and home debut with a barnstorming run from deep inside his own half to set up Summerville for the winner. Both look hugely exciting talents.

Afterwards, Marsch dismissed Gary Lineker’s suggestion on Match of the Day that his commitment to a high press and all-out attack leaves his team exposed at the back. On the contrary, he said, Leeds aren’t aggressive enough.

It’s a bold approach and one that will result in more games like this one, but Marsch needs to be careful: after all, a refusal to compromise on attacking principles was the undoing of predecessor Marcelo Bielsa.

If Saturday’s drama put him through the wringer, then spare a thought for Bournemouth’s interim boss Gary O’Neil. 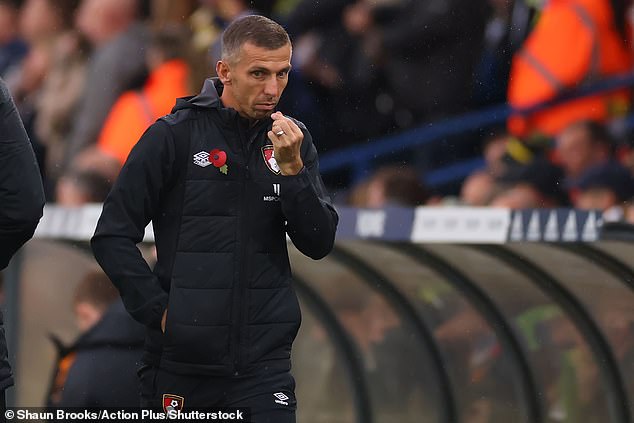 His team should really have won but instead lost for the fourth game in a row. Worse still, Bournemouth became the first club in Premier League history to suffer back-to-back defeats after blowing a two-goal lead in both, following a 3-2 loss to Spurs.

‘It’s an issue we need to fix,’ said Solanke. ‘It’s not really good enough, losing two games in a row after having a two-goal lead.

‘There are no positives at the minute, just negatives. We just need to figure out how to see out the game.’ 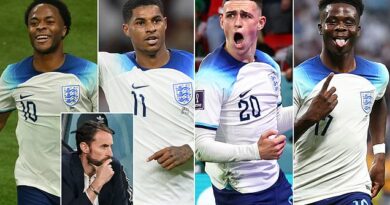 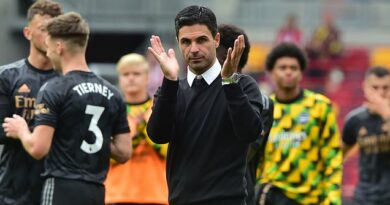 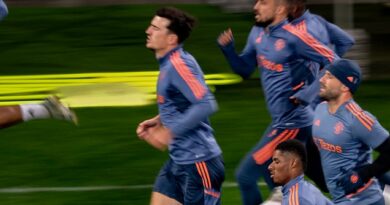