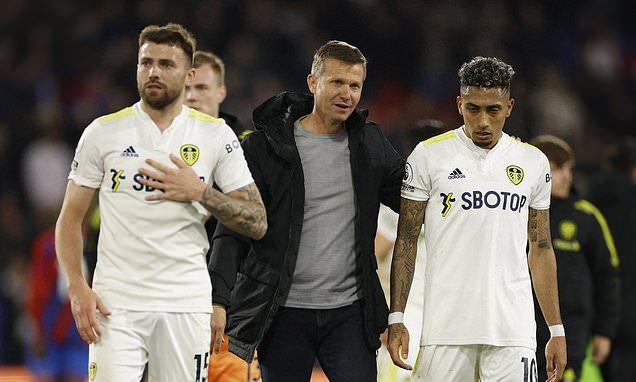 ‘I think it’s a really big point’: Jesse Marsch praises his players after hard-fought draw away at Crystal Palace sees them relieve the pressure slightly in relegation battle

A forgettable, if sometimes fiery, 90 minutes at Selhurst Park could yet have yielded a pivotal result for Leeds, who sit 16th in the table.

They are now five points clear of Everton, who currently occupy the final relegation berth, but have played a game more than the Toffees. 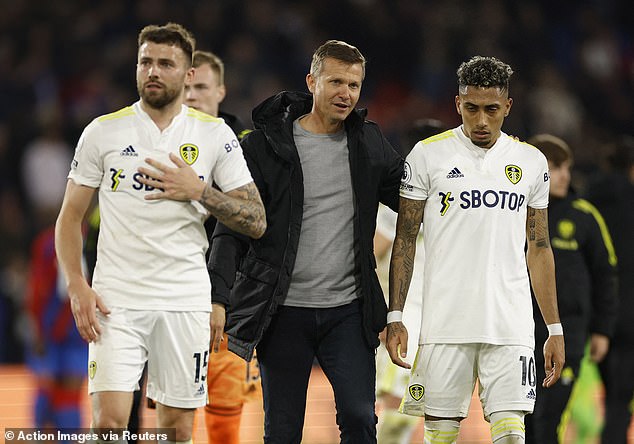 With their next three games coming against top-four sides in Manchester City, Arsenal and Chelsea, taking a share of the spoils in south London was key for Marsch.

‘It gets us closer to our ultimate goal. If you’d said to me five games ago that in the next five games you’d pick up 11 points, I’d have signed on the dotted line. We still have a lot of things to work on.

‘The result is big. Every point is important, performance not our best but defensively very stable. Second clean sheet in a row, five games unbeaten. 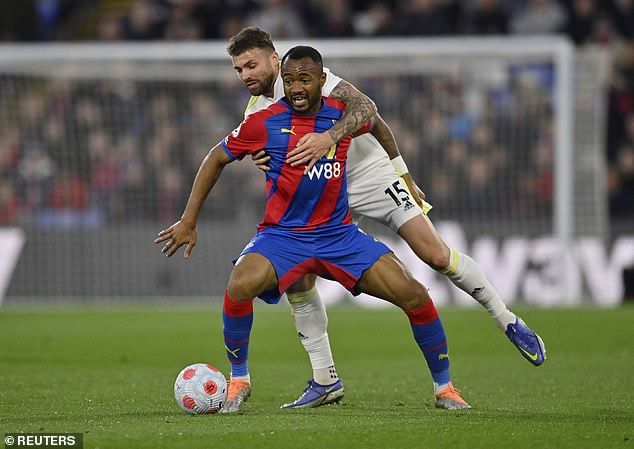 It was a war of attrition between the two teams, with a number of heavy tackles being made

‘We just have to take the positives away. It wasn’t so easy with 16 days to keep match sharpness and that showed a little bit but the mentality of the group and the ability of the team to fight for every inch on the pitch I think really helped us earn the point.’

The American was in charge of RB Leipzig as the German side lost 6-3 at the Etihad in a Champions League group game last year and Marsch knows what to expect next time out. 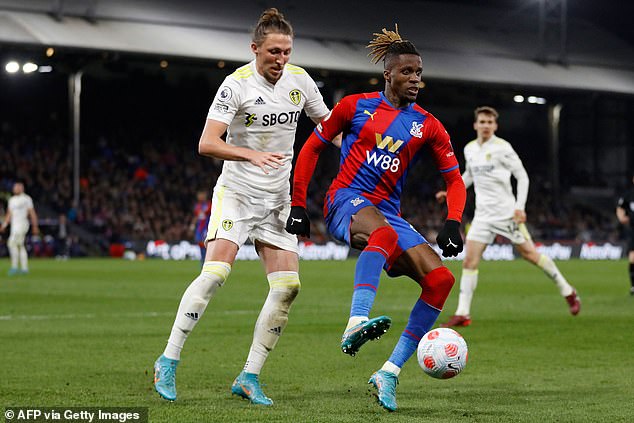 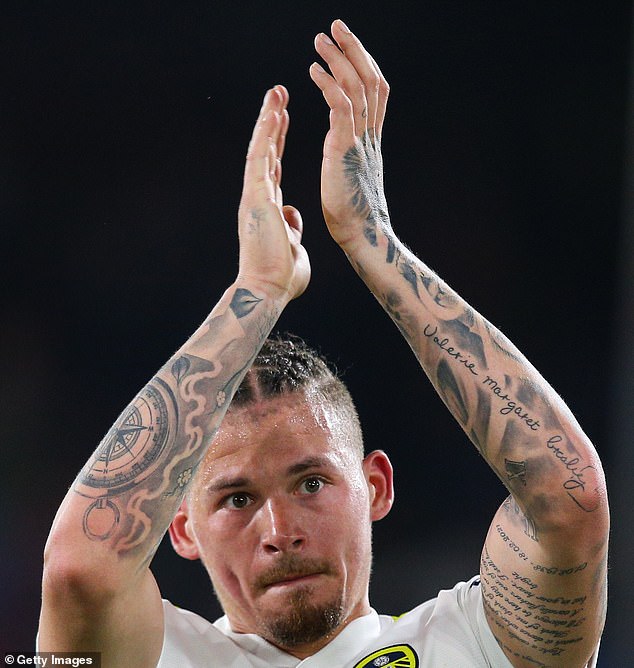 ‘Now comes to Elland Road, for me, the best team in the world,’ he added,

‘One of my teams this season has already played against Man City and I know what a challenge that game is.

‘I know how difficult it is to limit their best players. We will have to be incredibly effective and clear with how we want to play against the ball and then we will have to find ways with the ball to try and control the ball a little more.’

The point for Palace ends a three-match losing streak for the Eagles, who still maintain hopes of a top-half finish. 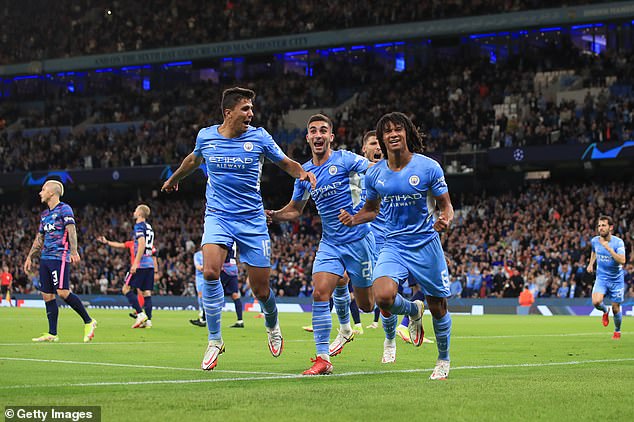 Jesse Marsch hailed City as the best team in the world – they beat his former side, RB Leipzig, 6-3 in Manchester in September last year 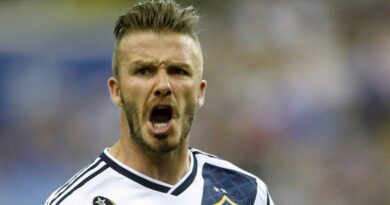 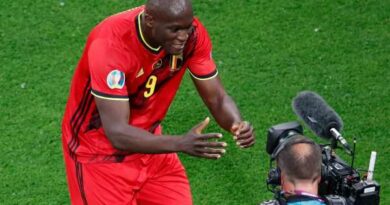