Pep Guardiola hailed they way his Manchester City players brushed aside recent criticism to ease to a 3-0 Champions League win at Marseille.

Ferran Torres, Ilkay Gundogan and Raheem Sterling were all on target in a one-sided contest at the Stade Velodrome that put City three points clear in Group C.

After just two games, Guardiola’s side are already looking strong favourites to claim a place in the knockout stages.

It was a good response to Saturday’s draw at West Ham, which was the third time they have dropped points in five Premier League games this season. 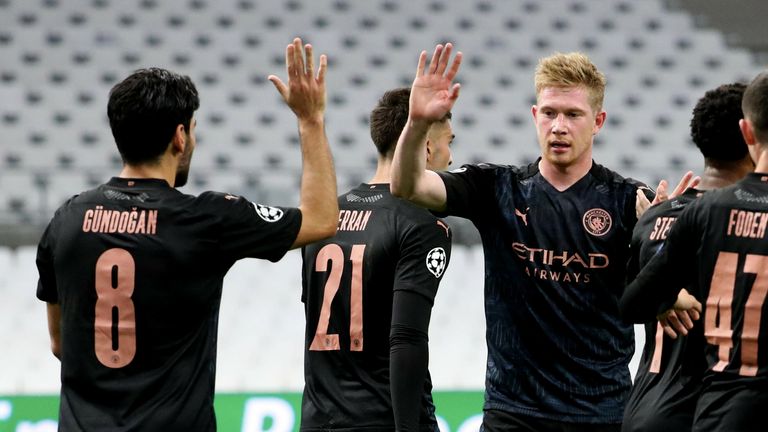 Guardiola said: “Sometimes we are not good enough and sometimes the players of the opposing team are better than us. That is life.

“Today, with the social media, when you lose you are a complete disaster. The important thing is for the club to be stable and the players to know what we are doing, where we come from, where we are struggling and be calm.

“It is important to start the Champions League with two victories. We are close now to being in the last 16 but still we are just in the beginning, improving – but with this mentality, I saw it from the beginning, the way we pressed, the way we tried to play, we were incredibly patient to find the right moment, the right tempo to do it and not concede counter-attacks. That was the key point of the game.

“We defended well in the box. In general it was a good performance because in Europe I know how demanding it is.”

City outclassed their hosts, whose cautious approach and deployment of a five-man defence failed to prevent the visitors taking charge from the outset.

Guardiola said: “It is a good result for us, especially for the performance. We didn’t concede much and we created enough chances to win.

“Playing away in the Champions League is always tough. We have many examples last week and this week. They are doing really well, Marseille, in Ligue 1. 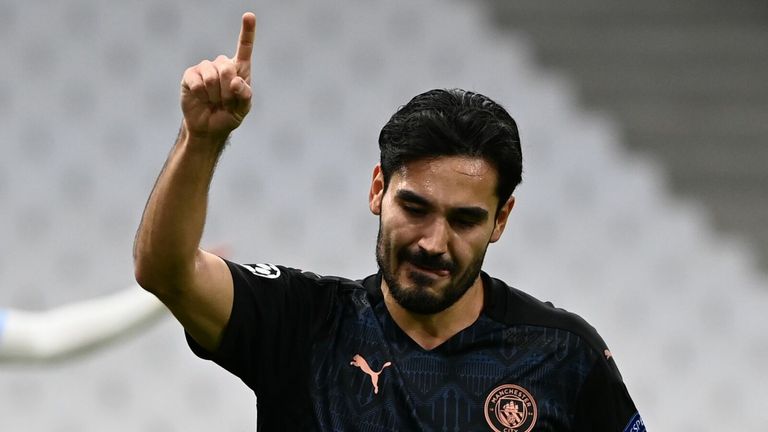 “It was really good, especially the way we played, defensively and offensively, attention to all the details. When a team plays in that way, 3-5-2, so defensive, you can lose your patience and you become impatient to attack, and after that they punish you with the counter-attacks and so on.

“We were calm in the right moments. Everybody was in his position and that helped a lot to win the game.”

Despite the result, Marseille coach Andre Villas-Boas felt his side acquitted themselves well.

The former Chelsea and Tottenham boss said: “It was a tough match to play and we paid for our mistakes but we didn’t defend too deep and my players were exceptional.

“The second goal was a real blow for us as we were starting to turn things around. In the first half, we had trouble getting through the City press, and a bad pass led to them being 1-0 up.”

How will Brexit impact Premier League transfers? The new points system and how it works

Mikel Arteta hailed ‘most exciting young manager in Europe’ by Tottenham star before derby
We and our partners use cookies on this site to improve our service, perform analytics, personalize advertising, measure advertising performance, and remember website preferences.Ok