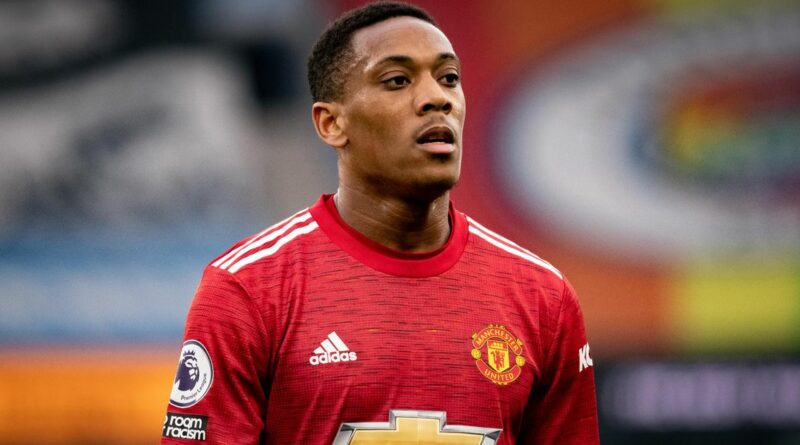 This season has been one to forget for Anthony Martial despite Manchester United’s progress, and club legend Gary Pallister has said the Frenchman’s future could rely on Harry Kane.

Martial, 25, is in the midst of his lowest-scoring season in seven years, having finished just seven times in 36 appearances so far this season (albeit with nine assists to his name).

The France forward recently returned to first-team training after it was feared a knee injury suffered while on international duty in March had brought a premature end to his campaign.

Tottenham talisman Kane has been linked with an Old Trafford transfer for years, and Pallister told Compare.Bet the England captain could replace Martial if that move finally materialises: “If I was Anthony Martial I’d be concerned. “When he was banging in goals, we all thought he’d arrived and he was settled and would kick on from there, but he hasn’t.

“He’ll be looking at the situation thinking (Marcus) Rashford and (Mason) Greenwood are part of the future, (Edinson) Cavani is here another year, and if Harry Kane is available I’m sure the club would be interested because he guarantees you goals.

“(Paul) Pogba is out on the left with Rashford drifting over there as well, which is predominantly where Martial was before going back into the central striker role. If Kane or another striker doesn’t come in, is Martial now understudy to Cavani?

“Cavani won’t play every week so there may be an opportunity there, but United will have eyes on the summer and if Harry Kane becomes available every top side in Europe will be after him, so a lot of Martial’s future depends on United’s summer activity.”

While Martial has struggled for consistency as part of Ole Gunnar Solskjaer’s attack, Kane has scored a joint-Premier League high 22 goals this season and is in the hunt for his third Golden Boot.

Cavani, 34, will remain with United for at least one more season after signing a contract extension at Old Trafford, casting further doubt over the role Martial will have to play moving forward.

The Uruguayan has impressed with 15 goals during his maiden campaign in England, convincing the Red Devils to prolong his stay at the club.

This campaign has been in stark contrast to the 2019/20 season when Martial scored a career-high 23 goals in all competitions (17 in the Premier League). Pallister—who made 328 appearances for United, winning four Premier League titles and three FA Cups—critiqued his fall from grace following such a fine end to last season, describing this term as “a washout” for Martial: “After project restart, he was banging in goals and you’re finally thinking that he’s arrived. He was looking mature after being at United for enough time and it felt like a pivotal moment where he’d kicked on and removed some of his inconsistencies.

“I had him up there challenging Bruno (Fernandes) as United’s best player for that period of time. It’s the best football we’ve seen from Anthony Martial. And then he comes into the start of this season and it’s back to the same Martial as before.

“We see the potential at times, but then others it’s just not happening with him. I’m not sure you can reserve a place for him in the side when he’s being non-existent on too many occasions.

"As a player, he has all the tools to frighten the life out of defenders, but he’s too inconsistent at this point in time and how much longer can that carry on?” Kane’s future at Tottenham is a frequent source of speculation, and this summer will attract more headlines given Champions League qualification for next season looks all but impossible.

Spurs sit sixth in the Premier League with Ryan Mason as interim coach, while Kane is approaching his 28th birthday having yet to win a major trophy for club or country.

The England star signed a six-year contract at Tottenham in 2018, and team-mate Dele Alli suggested in a recent Instagram Q&A that his captain will remain with the squad this summer.

It was feared Martial would miss the rest of this season following his injury in March, but he could have a role to play before their campaign concludes with the Europa League final against Villarreal on May 26.

Martial’s deal at United is also scheduled to expire in 2024 (with the option of an extra year), although those at Old Trafford may be more willing to cut ties for the right replacement in his case.

Footie5 success in the latest round of MLS fixtures – could you be a winner this weekend?