Manchester United icon Rio Ferdinand has explained why Martin Odegaard joining Arsenal ‘worries’ him. Mikel Arteta wanted to sign a playmaker back in the summer and had identified Houssem Aouar as his top target.

But Lyon’s asking price proved too much for Arsenal as they swiftly turned their attention to Thomas Partey on deadline day.

A creative midfielder was dearly missed in the first half of the season though as Arteta struggled to get the best out of his attacking players.

Heading into the January transfer window, the club’s priority remained signing a midfielder to link up play with the forwards.

And they’ve since identified Odegaard as the man to come in and fill that role – on a temporary basis for the time being. 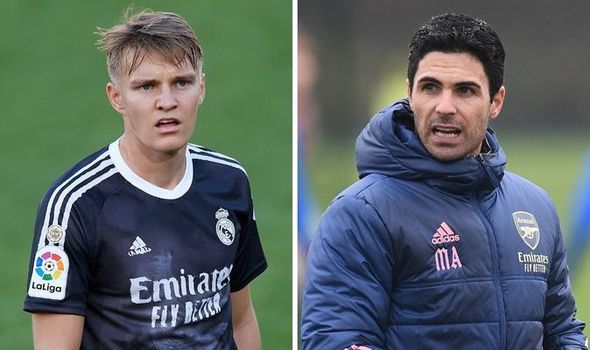 An agreement is in place with Real Madrid for the Norwegian to join on loan until the end of the season.

Reports claimed that Odegaard has already arrived in London and met his new team-mates on Monday after visiting the training ground with an announcement expected to happen today.

Arteta will likely be hoping to throw Odegaard straight into the team when he’s first made available, which could potentially come this weekend against Manchester United.

But Ferdinand has expressed his concern that he hopes Odegaard’s arrival doesn’t stunt the growth of Emile Smith Rowe, who has impressed since breaking into the team.

“I’ve heard about this kid for a long time now,” Ferdinand told Five. “He had a good loan spell in Spain at Sociedad and did really well.

“He’s got potential, 100%. It’s about Mikel Arteta unlocking that.

“I think this kid is a talent, there’s no doubting that. But he’s got to find a home now. Hopefully at Arsenal.

“I want him to do well. Arteta had a reputation when he was at City and now here at Arsenal for getting the best out of young players, hopefully that follows true with this player. 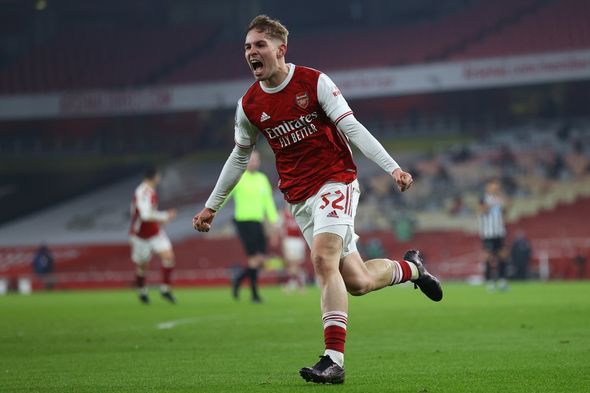 “That’s the only thing that worries me. If he comes in and takes someone like Emile Smith Rowe’s position, I’ll be devastated.

“Because he’s come in and done unreal things. The way he’s played, he’s been a breath of fresh air at Arsenal, I’m sure the fans if they were there would be going crazy about him.

“He brings assists, he brings a calmness to the way Arsenal play. He’s the type of player who could have played over a number of generations at Arsenal in the way he plays football.

“So I hope he doesn’t come in and kind of stunt his growth in the team because he’s been really good the last few weeks.”