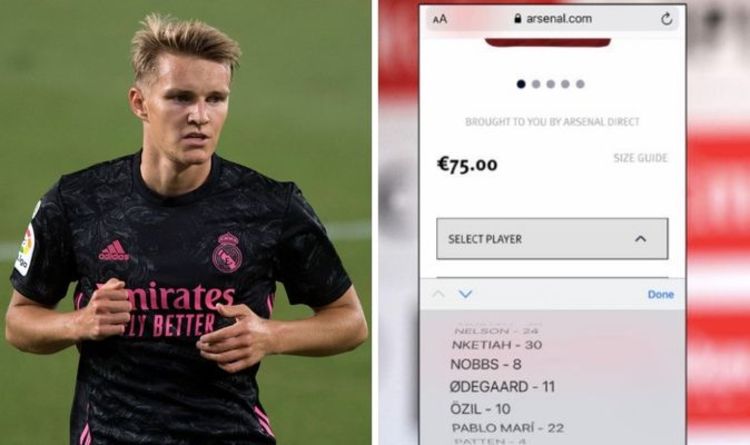 Martin Odegaard will wear the No 11 shirt at Arsenal and his new number was leaked online shortly before the transfer announcement. The Gunners have now confirmed the signing of the the Norwegian on loan from Real Madrid until the end of the season.

Odegaard spent time at London Colney meeting his new team-mates and Mikel Arteta ahead of the 3-1 win at Southampton.

The Gunners reached an agreement with Real Madrid over the weekend to bring the attacking midfielder to the Emirates for the second half of the season.

“I think we are pretty close, but it is not finalised,” Arteta said. “As I am standing here I have not talked to Edu or the club in the last three hours, but we are very positive that we can finalise the deal.”

As fans patiently awaited confirmation, one eagle-eyed Arsenal supporter spotted on the club’s website that Odegaard’s name was next to the No 11 shirt when choosing who to have on the back of the shirt. 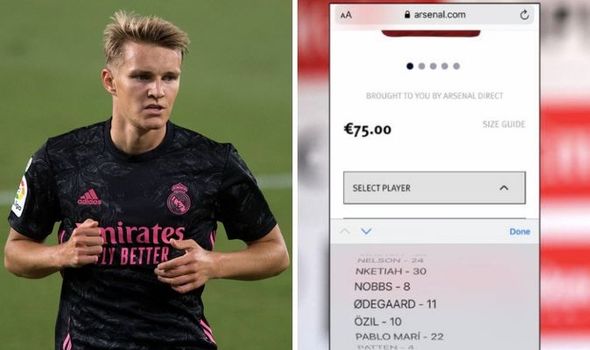 Mesut Ozil’s name was also still on the list next to his former No 10 jersey before both were removed.

Manchester United also suffered a similar blip shortly before they unveiled the signing of Henrikh Mkhitaryan from Borussia Dortmund in 2016.

Real Madrid have insisted there will be no option to buy included in the deal for the 22-year-old.

He is still part of their plans for the future with Zinedine Zidane set to reassess the picture at the end of the season.

Los Blancos refused to loan him back to Real Sociedad, who were initially the frontrunners for his signature, as they’re considered top-four rivals at the moment.

Arteta is said to have played a big role in the deal and the Spaniard has revealed his delight at the completion of the deal.

“It’s great that we’ve secured Martin to come to us until the end of the season,” he told the club’s website.

“Martin is of course a player that we all know very well and although still young, he has been playing at the top level for a while.

“Martin will provide us with quality offensive options and we’re all excited to be integrating him into our plans between now and May.”

He told Five: “I’ve heard about this kid for a long time now

“He had a good loan spell in Spain at Sociedad and did really well. He’s got potential, 100 per cent. It’s about Mikel Arteta unlocking that. 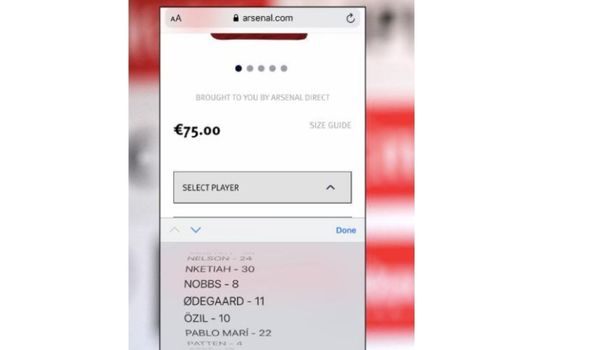 “I think this kid is a talent, there’s no doubting that. But he’s got to find a home now. Hopefully at Arsenal.

“I want him to do well. Arteta had a reputation when he was at City and now here at Arsenal for getting the best out of young players, hopefully that follows true with this player.

“That’s the only thing that worries me. If he comes in and takes someone like Emile Smith Rowe’s position, I’ll be devastated.

“Because he’s come in and done unreal things. The way he’s played, he’s been a breath of fresh air at Arsenal, I’m sure the fans if they were there would be going crazy about him.

“He brings assists, he brings a calmness to the way Arsenal play. He’s the type of player who could have played over a number of generations at Arsenal in the way he plays football.

“So I hope he doesn’t come in and kind of stunt his growth in the team because he’s been really good the last few weeks.”