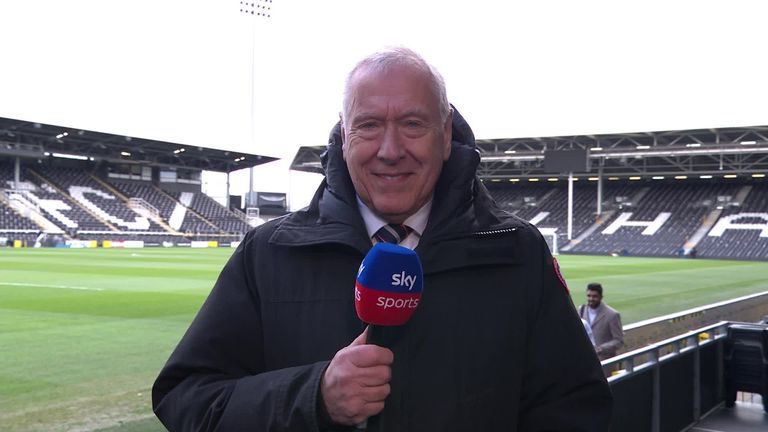 Has any Everton player scored more than Richarlison in their debut season at Goodison Park? Has Bournemouth star Jefferson Lerma picked up the most cautions this season? And was Harry Maguire’s sending-off at Burnley the quickest in Premier League history?

Sky Sports commentator Martin Tyler has the answers to those questions and more in his weekly stats column, and don’t forget to try his teaser in the video above.

Got a question for Martin? Tweet @SkySportsPL with the hashtag #TylersTeasers and the voice of football could be answering your question next week!

However, it was also only the forward’s second goal in his previous 12 away Premier League appearances, the other one being in controversial circumstances at West Ham. Mane had scored in Liverpool’s first two away games of the season, but Sunday’s strike was just his second on the road in the league since then.

And finally, it was Liverpool’s sixth straight win over Fulham, including another double over the west Londoners this campaign.

Richarlison has scored 12 Premier League goals this season – has any Everton player netted more in the competition in their first campaign at Goodison? (Sam, Liverpool)

MARTIN SAYS: Richarlison’s opener against Chelsea on Sunday took the Brazilian’s goal tally to an impressive 12 in the league so far this season, the forward’s first on Merseyside. 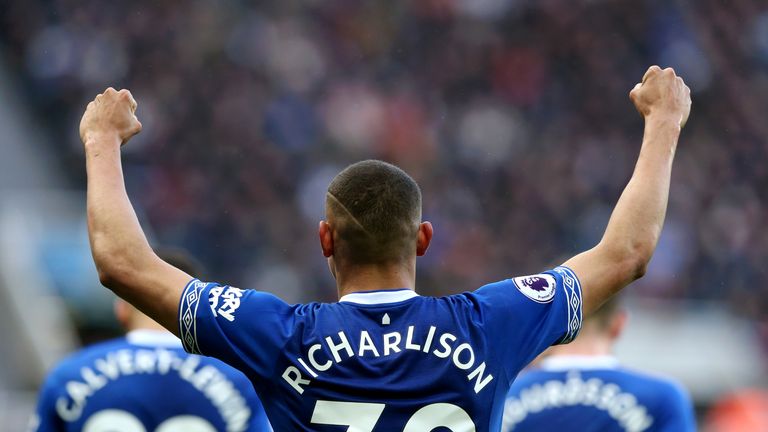 And with seven matches still to play this campaign, the player has an excellent chance of beating the previous record held jointly by Andrei Kanchelskis, Yakubu and Romelu Lukaku, who each scored 15 times for Everton in their first seasons on Merseyside.

12 – Richarlison has scored 12 goals in the Premier League this term – only three players have netted more in the competition in their debut season at Everton (15 each – Kanchelskis, Yakubu and Lukaku). Impact. pic.twitter.com/iKOAxAc6RB

Brighton reached the FA Cup semi-finals after beating Millwall on penalties, but how many times has this happened before in the cup? (Sarah, Swansea)

MARTIN SAYS: Brighton’s 5-4 win on penalties over Millwall in the last eight of the cup on Sunday was not the first time a side has reached the semi-finals of the cup after a penalty shootout.

In 1993, Sheffield United edged out Blackburn Rovers, who at the time were going for the Premier League title, 5-3 on penalties after a goalless draw in the first match at Ewood Park, followed by a 2-2 draw in the replay at Bramall Lane. Five years later and the Blades were at it again, this time against Coventry after a pair of 1-1 draws could not separate the two teams, before Steve Thompson’s men advanced to the semi-finals 3-1 in the shootout.

In the same season, Arsenal also got past West Ham 4-3 on penalties in their last-eight clash after the first tie had ended 1-1, before the replay also finished 1-1 after extra time at Upton Park.

However, while Sheffield United did not progress to the final in 1993 or 1998 – losing to Sheffield Wednesday and Newcastle respectively – Arsenal did beat Wolves, before then overcoming Newcastle 2-0 in the final 21 years ago to seal a famous Double under Arsene Wenger.

Incidentally, penalty shootouts were first introduced into the FA Cup in the 1991-92 season, with the first tie to be decided that way being Rotherham against Scunthorpe in a first-round replay that campaign, with the Millers winning through 7-6 in the shootout.

Bournemouth’s Jefferson Lerma has now picked up 11 yellow cards in his debut season in the Premier League – is that the most this campaign? (Jim, Poole)

MARTIN SAYS: Bournemouth midfielder Jefferson Lerma picked up another booking in Saturday’s 2-2 draw with Newcastle after a crunching tackle on Ayoze Perez just 18 minutes into the match on the south coast.

And that means the Colombian has now been yellow carded 11 times in his debut campaign at the Vitality Stadium, one more than Newcastle’s Fabian Schar – who is also in his first season in English football – Wolves’ Ryan Bennett and Watford’s Jose Holebas.

11 – Jefferson Lerma has picked up more yellow cards than any other player in the @premierleague this season. Book. #BOUNEW

Harry Maguire collected a quick-fire red against Burnley on the weekend. Where does that rank in terms of the fastest red cards in the Premier League? (Nick, Bury) MARTIN SAYS: Leicester defender Harry Maguire was sent off after just three minutes and 11 seconds of Leicester’s 2-1 win at Burnley on Saturday and that is the fifth-fastest Premier League red card since Opta records on this data began in 2006/2007.

The fastest came back in 2015 when West Brom’s Gareth McAuley was sent off after just one minute and 29 seconds against Manchester City. However, it subsequently turned out that it was actually Craig Dawson who had committed the foul on City striker Wilfried Bony, only for referee Neil Swarbrick to mistakenly dismiss the Northern Ireland defender.