Carlo Ancelotti's managerial CV is among the best in the history of football, so it was something of a surprise when the Italian opted to take on the challenge of waking sleeping Premier League giants Everton.

Toffees defender Mason Holgate is in awe of the legendary coach and has lifted the lid on how Ancelotti's hilarious anecdotes keep the dressing room on tenterhooks.

The 60-year-old manager has won Champions League titles at Real Madrid and AC Milan as well as the Premier League at Chelsea and the Bundesliga at Bayern Munich.

Everton, who by comparison last lifted silverware in 1995, would be grateful for a Carabao Cup win to put an end to their drought.

And Holgate, 23, who was having the best season of his career to date recounted one particular tale which has his team-mates in fits of laughter.

"As a man, he is unbelievable," Holgate told The Daily Mail. "The stories he has are crazy. There was a point a few weeks ago when he asked in the dressing room, "Did anyone see me play?"

"As a squad, we are quite young, so it all went quiet! He started laughing and then began to tell us a few things.

"It is coming from experience. If he is saying something, it will be right."

Nobody knows when this campaign will begin again but when it does, Holgate will have a renewed appetite to make every second count.

"If I look back on what I have done, I'm quite happy," he added. "But if I haven't progressed again in 12 months there would be no point in thinking I have done well now.

"I can't stay at this level. I can't go backwards. I have to go again." 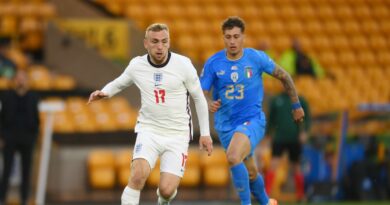 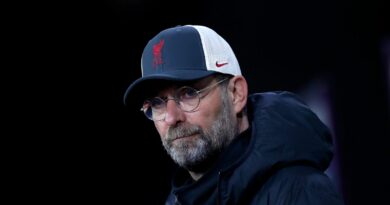