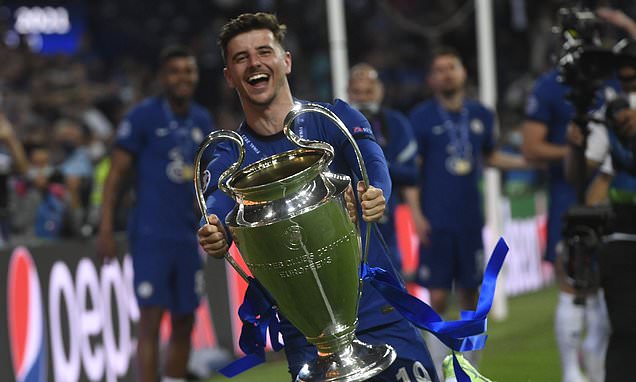 An ecstatic Mason Mount declared Chelsea as the ‘best team in the world’ after their Champions League final victory over Manchester City.

Chelsea earned their second triumph in the competition in Porto on Saturday night, downing Pep Guardiola’s team through Kai Havertz’s first-half effort to spark wild scenes of celebration in the stadium and back in London.

After teeing up Havertz with a brilliant pass for the only goal of the game, Mount was left to revel in Chelsea’s success – and also paid an emotional tribute to his family’s support post-match. 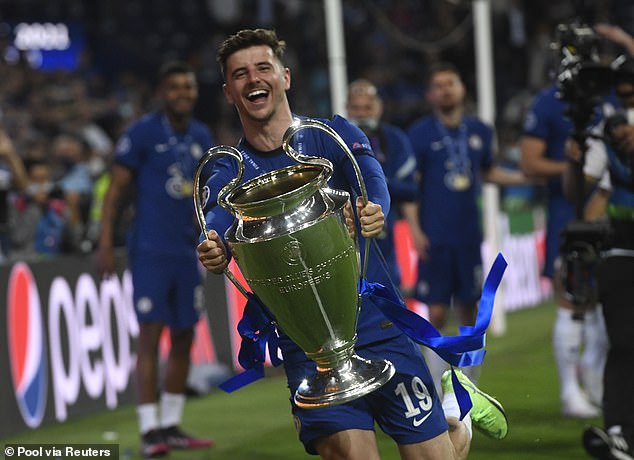 ‘I can’t put it into words. It’s impossible,’ Mount told BT Sport. ‘I just mentioned then that I’ve played in two finals for Chelsea and we lost them both.

‘The way that hurt… It’s all I’ve dreamt, winning a trophy with Chelsea. To go all the way in the Champions League. We played some tough teams. We are in a final and we won it. It’s such a special occasion.

‘At this moment in time, we’re the best team in the world. You can’t take that away from us. 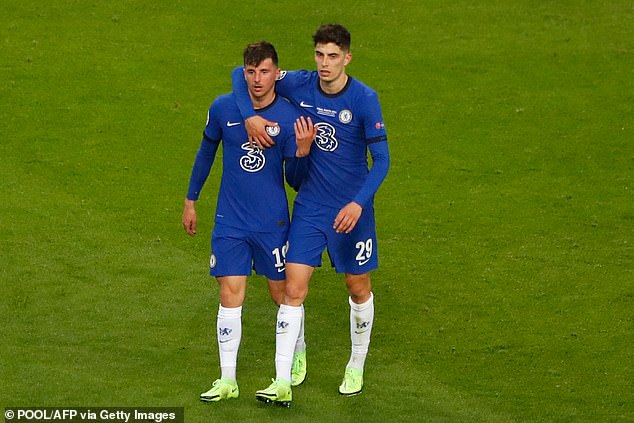 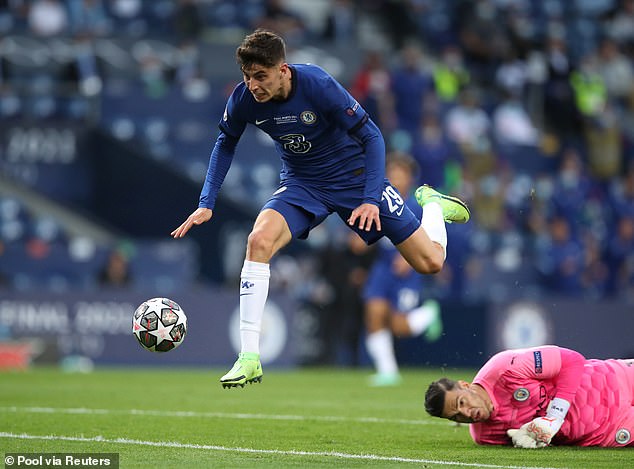 ‘What a team Man City are. You have seen what they did in the Premier League. It was such a tough game. We got a goal and defended the whole game.

‘We left everything on the line and we won. What can I say? Loads of staff that have come through.

‘It is unbelievable. My dad has just come down from the stands. I burst into tears seeing him. I thank my family for everything.’

Mount has cemented his spot as one of Chelsea’s key performers this season, having been named as the club’s Player of the Year. His rise through the youth ranks at Cobham culminated in the success at the Estadio do Dragao. 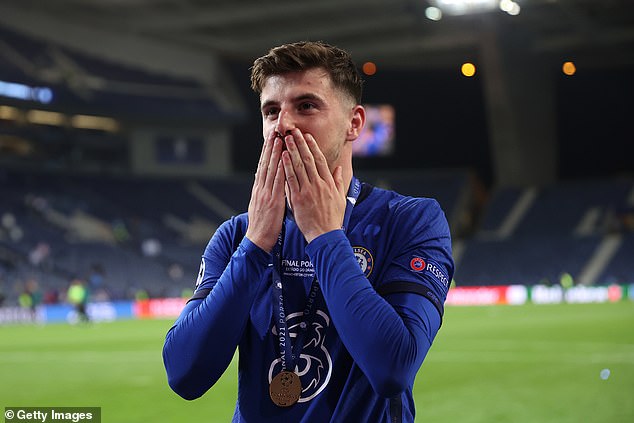 The 22-year-old attacking midfielder also admitted he feels sympathy for City’s distraught players, including several England team-mates, ahead of joining up with the squad ahead of the Euro 2020 this summer.

‘To be at this moment now going into the Euros,’ Mount added. ‘I know some of the boys from City will be meeting up with us and they gave it everything, just like us.

‘I cut my celebrations short because I went over to them, because I know what they’ve given. I spoke to them and said they deserved to be here because of what they’ve done this season. 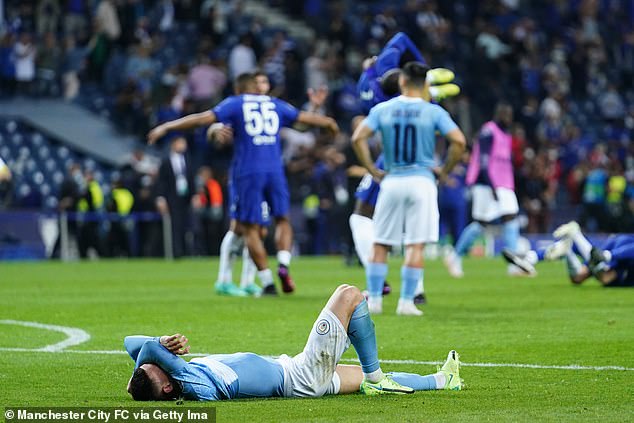 Mount also took the time to salute City and his England team-mates, like Phil Foden (above)

Mount, who is widely expected to be one of the first names on Gareth Southgate’s team sheet for the showpiece tournament, scored nine goals and picked up nine assists across his 54 appearances for Chelsea this campaign.

His inch-perfect pass that released Havertz away through the heart of City’s defence had left pundits and past players alike purring.

Rio Ferdinand hailed the assist as being ‘absolutely on the money’, saying: ‘The way that Mason Mount turns on this ball, faces the game and just sees it. 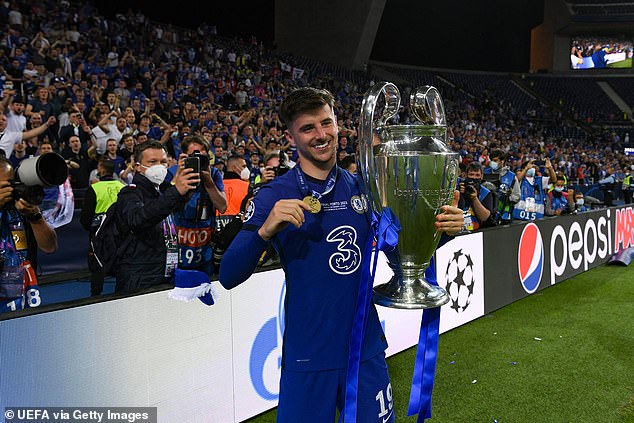 ‘It’s a good run from Havertz, the ball from Mason Mount is absolutely on the money, but it’s lazy defending from (Oleksandr) Zinchenko.’

Former Chelsea midfielder Cesc Fabregas, meanwhile, added his own thoughts on social media after the moment of class.

He tweeted: ‘What a ball!! Mason Mount that’s what I’m talking about!’ 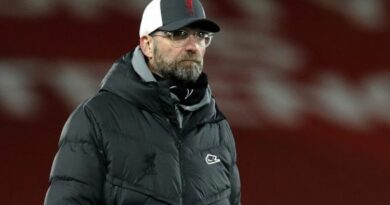