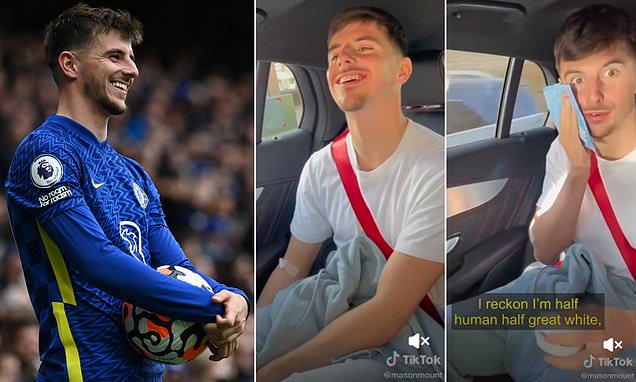 Mason Mount poked fun at himself following his trip to the dentist as he shared a clip of his reaction after getting his wisdom teeth out.

The Chelsea star had been struggling with the dental issue but finally had his procedure to remove the four troublesome teeth and was filmed in the car ride home from surgery – producing hilarious results.

The 22-year-old looked spaced out while still feeling the effects of his anaesthetic and struggled to speak, but decided to post the video on social media – with the caption: ‘Wisdom teeth have left the chat’. 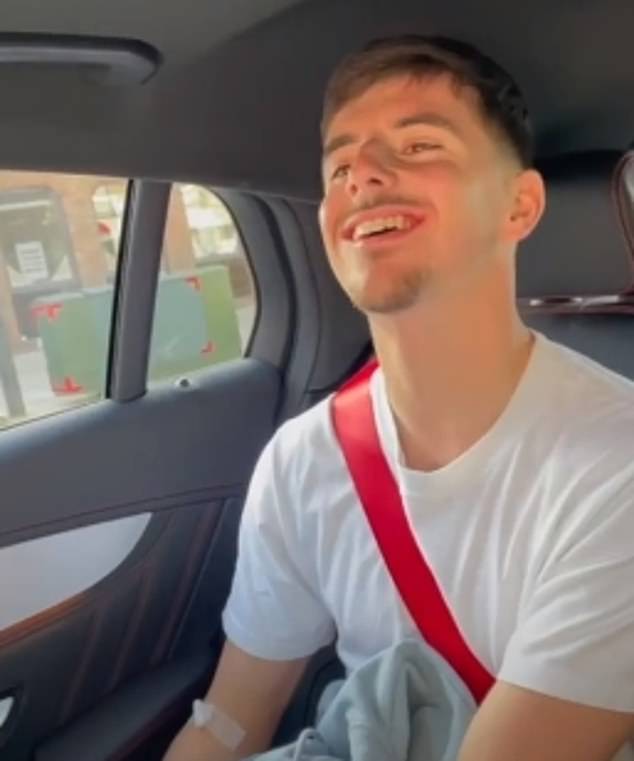 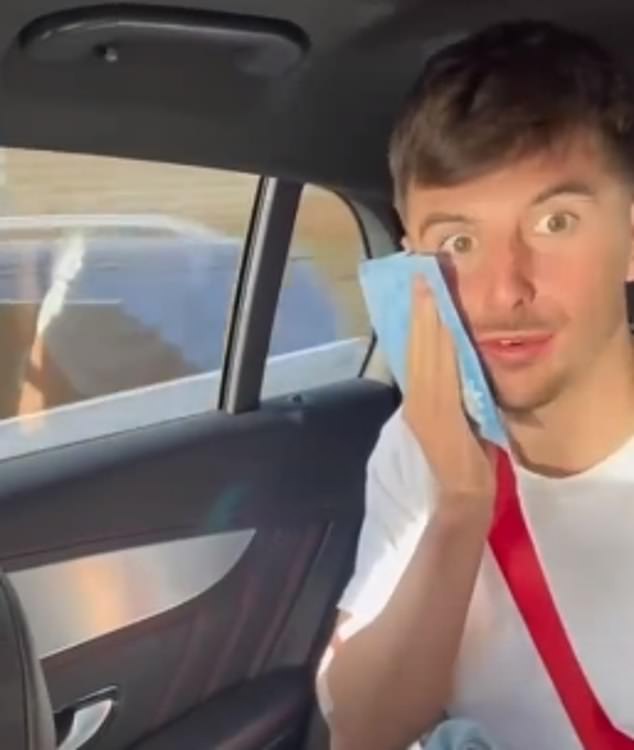 The midfielder – who appeared to be filmed by his parents – was in high spirits as he was asked questions about his operation, starting by paying tribute to the doctors who handled his anaesthetic.

‘They’re G.O.A.T.S, they’re the G.O.A.T.S,’ Mount begins while struggling to pronounce the phrase after he admitted, ‘I can’t feel my face.’ 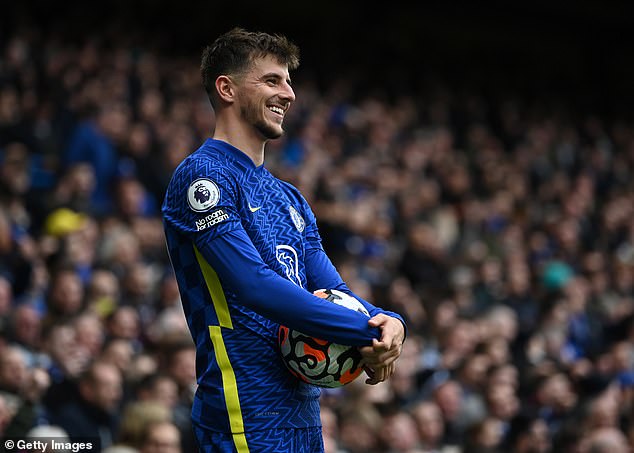 Mount then says: ‘If I got punched in the face right now I wouldn’t even feel it’, before claiming he is ‘half human half great white… by the size of these gnashers’ after being handed the removed wisdom teeth.

The England star then jokes he should ‘charity them off’, adding ‘people would pay big money for them’.

As fans can see from the clip, Mount will need some time to recover from the surgery, making it unlikely he will be ready for Three Lions action ahead of their World Cup qualifier against Albania on Friday. 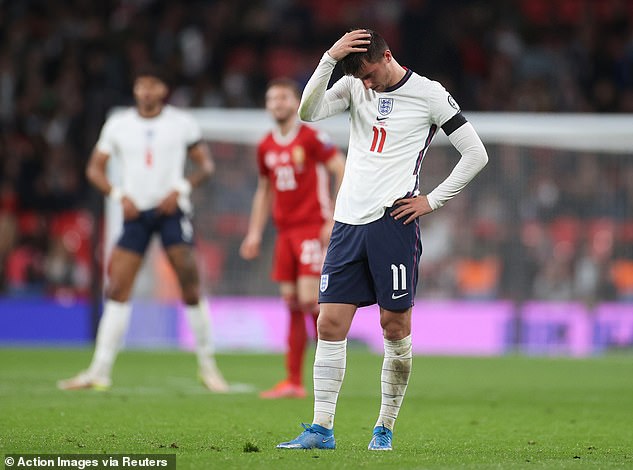 In a statement on Monday, the FA said they were monitoring Mount’s situation – raising hope he could be available for the game, where victory would all but guarantee their passage to Qatar 2022.

The news will arrive as a headache to Southgate, who would almost certainly have started with Mount against the Albanians.

Mount made a substitute’s appearance in Chelsea’s clash with Burnley on Saturday, but required an operation after the pain from an infection got too severe.

Liverpool urged to make Kai Havertz bid as he has something Salah, Firmino and Mane lack