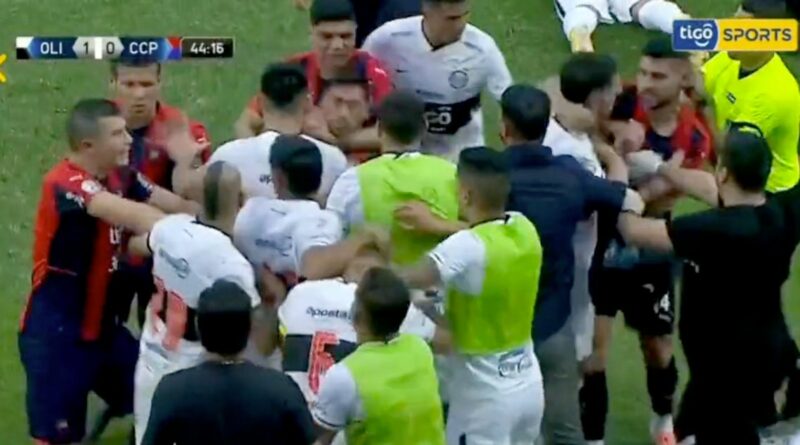 If you thought Thomas Tuchel versus Antonio Conte was feisty, just wait until you see what happened in Paraguay last night.

Hours after the handbags between Chelsea and Tottenham, the Paraguayan Superclasico between Olimpia and Cerro Porteno descended into total chaos with an almighty brawl breaking out between the two sides.

It all kicked off when Cerro Porteno's Federico Carrizo hit opponent Fernando Cardozo with a stiff uppercut-like forearm to the face after being cynically dragged off the ball. Olimpia captain Richard Ortiz then rushes over and begins grappling with Carrizo, before players and substitutes from both sides pile in to join the mayhem.

Police were eventually roped in to break everything up, but not before a couple of red cards were handed out – one to instigator Carrizo and the other to Olimpia's Alejandro Silva.

The bedlam got a fair bit of attention on social media, especially in light of the scuffle between Tuchel and Conte.

"Premier League fans: What could possibly be worse than the fights we saw at Chelsea-Tottenham today? Paraguayan Superclásico: Hold my beer," one person tweeted.

What's the worst on-field brawl you've ever seen? Tell us about it in the comments section below.

"Seems like it wasn't just Tuchel and Conte who woke up and chose violence today," commented another, while a third user said: "Sensational stuff, makes the Chelsea Tottenham stuff look a bit pathetic."

It comes after Tuchel and Conte clashed several times during the 2-2 draw between Chelsea and Tottenham at Stamford Bridge.

Chelsea took the lead through Kalidou Koulibaly before Pierre-Emile Hojbjerg brought the visitor's level. The Blues then re-took the lead via Reece James before Harry Kane's 96th minute header rescued a point for Tottenham. 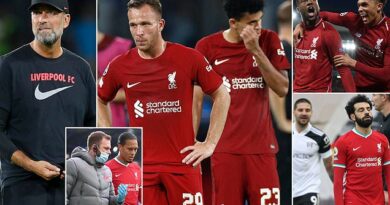 Klopp's Liverpool respond to big defeats, after shocker against Napoli

Jonjo Shelvey has been given 'kick up the backside'