Lothar Matthaus calls for Germany to TEAR UP Joachim Low’s plans and bring back Thomas Muller, Mats Hummels and Jerome Boateng after country’s ‘total failure’ in 6-0 humiliation by Spain in Nations League

Lothar Matthaus has branded Germany’s 6-0 humiliation at the hands of Spain as a ‘total failure’ and has called for a major rethink surrounding Joachim Low’s plans with the national team.

Tuesday night’s result was Germany’s worst defeat since 1931, ensuring that the home side progressed to the Nations League finals next year at their expense.

Even with Manuel Neuer in goal Spain run riot in Seville, leaving Matthaus to demand the return of axed trio Mats Hummels, Jerome Boateng and Thomas Muller in a bid to offer more leadership in the side. 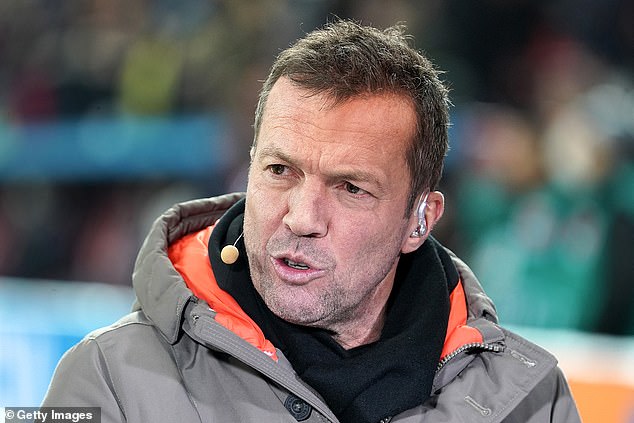 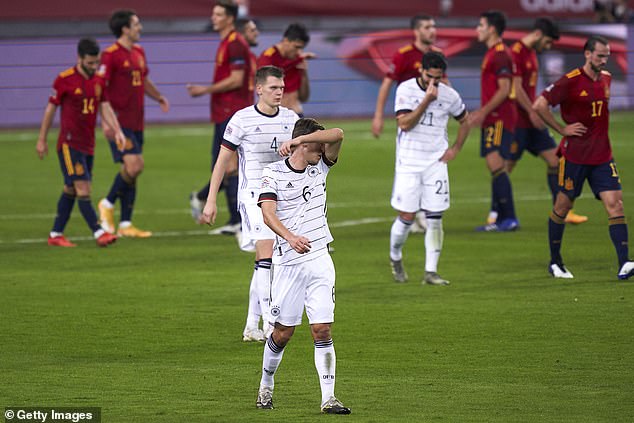 Despite playing integral roles in Germany’s World Cup triumph six years ago, Hummels, Boateng and Muller all had their international careers cut short by Low last year, with the 60-year-old believing it was a time for fresh faces.

However, following their humiliating defeat, Matthaus believes the axing was far too premature.

‘I have never seen such a total failure!’ Low told Bild, as he offered a running analysis during the game. ‘The discussion about Hummels and Boateng will continue. You need these leaders after such a defeat. In terms of team leadership, Muller will be mentioned.

‘The Spaniards only had escorts. A loud speaker like Muller is missing but I don’t think Jogi Low deviates from his opinion on the three. 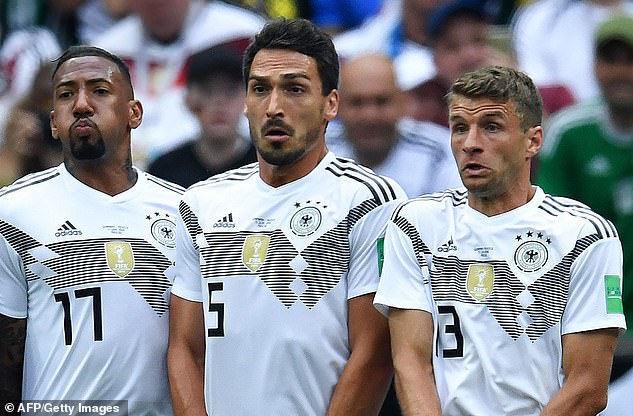 Matthaus believes Jerome Boateng (left), Mats Hummels (middle) and Thomas Muller (right) should be reinstated to the national side a year after Low axed them from his plans

‘For me, the best have to play. But if Low would bring them back, he would have to give them full responsibility. Low doesn’t even have to do an error analysis [on the game]. The video session would last eight hours!’

The sentiment to bring back more experienced heads was also shared by Mesut Ozil, who took to social media after the game to aim a dig at his former coach.

Having felt he was made a scapegoat, the Arsenal midfielder announced his retirement from international football shortly after the tournament having felt he had no support from German officials.

Posting just minutes after the full-time whistle, he said: ‘Time to take Jerome Boateng back,’ tagging the Bayern Munich centre-back into his post.

Low admitted in the wake of his side’s defeat was a ‘black day’ for German football and struggled to explain what had happened. 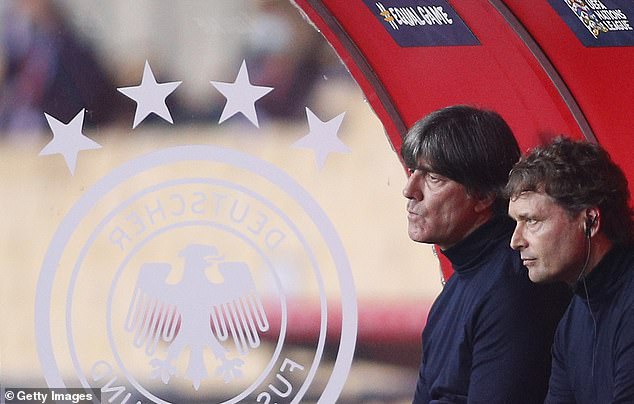 ‘I really don’t know what happened to the team,’ Low told reporters after Germany’s worst defeat in competitive football.

‘We had hardly any chances and we didn’t win a single individual battle out on the pitch… this has been a black day for us.

‘In the second half we tried to press them high up the pitch to score and get back into the game but Spain played far better than us, they were much faster and played with more precision.

‘We said before the game that we trusted in the players in our squad and that we were on the right track, but today we saw that we are not progressing as well as we had thought after our last few games.’ 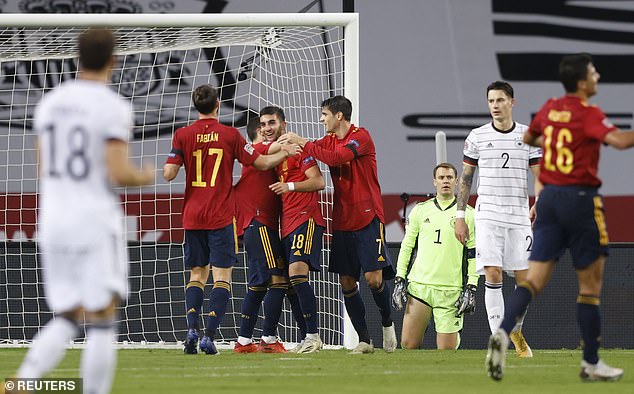 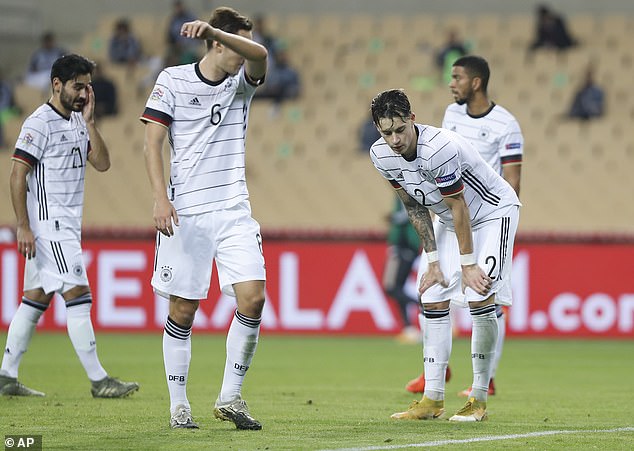 Germany only needed a draw against Spain to ensure a place in the final four of the Nations League which gets underway next October.

But they looked dead and buried before half-time as they were torn apart by Spain who opened the scoring with an Alvaro Morata header, before Manchester City pair Ferran Torres and Rodri struck before the break.

Torres added two more goals in the second half to complete his hat-trick, with Mikel Oyarzabal rounding up the scoring a minute from time.

10 things we learned: Liverpool's title to lose and Pulisic is a star