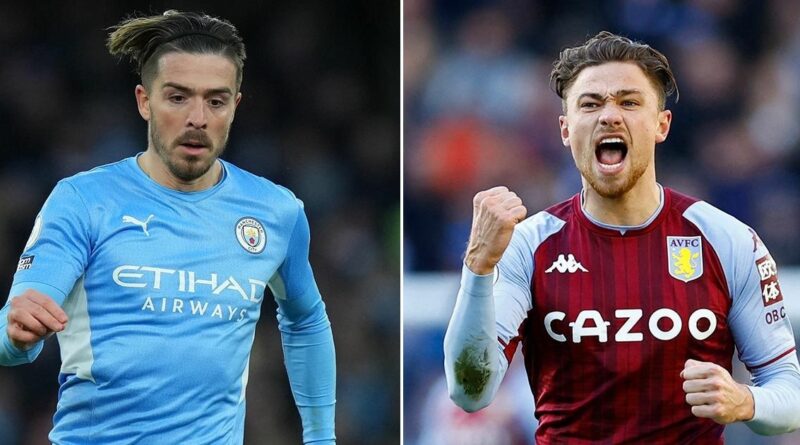 Grealish has become famous for his long hair and stylish hairband, and Cash also sported a similar look while the Premier League record signing was still at Aston Villa before moving to Manchester City.

The midfielder may have moved on for £100million in the summer, but Cash remains an integral part of Steven Gerrard's Villa side, and is still likened to Grealish for his unique hairstyle.

And Martinez has jokingly called Cash a 'poor man's Grealish' after mocking his similar style.

The Villa goalkeeper has been a sensation since making the £20m move from Arsenal, and the Argentinian was even named the best shot-stopper at the Copa America as he helped Lionel Messi finally achieve international silverware.

Martinez is already known for his personality after various on field antics, including a dance at Old Trafford when Bruno Fernandes blazed his penalty over the bar in injury time to hand Villa three points.

HAVE YOUR SAY: Will Aston Villa finish in a European position next season under Steven Gerrard? Comment below.

The Villa no.1 was interviewed by fellow Premier League goalkeeper Ben Foster on his Cycling GK YouTube channel, and when asked who's the most stylish player at the club, he said: "Not sure if he's the best dressed but most stylish is Matty Cash.

However, Martinez couldn't give him credit without mocking the defender slightly, as he added: "He fancies himself, he scored the other day and he just thinks he's a bad boy around the dressing room.

"Obviously, he's a lovely guy but I said 'you look like Jack Grealish' with the hair and everything."

Foster took the opportunity to ask if Cash was a 'poor man's Grealish', and Martinez replied: "Yeah! It's one of them where he is a good looking boy and he's got a lot of money now, but yeah I like him."

Arsenal's Katie McCabe inspiring the next generation of footballers